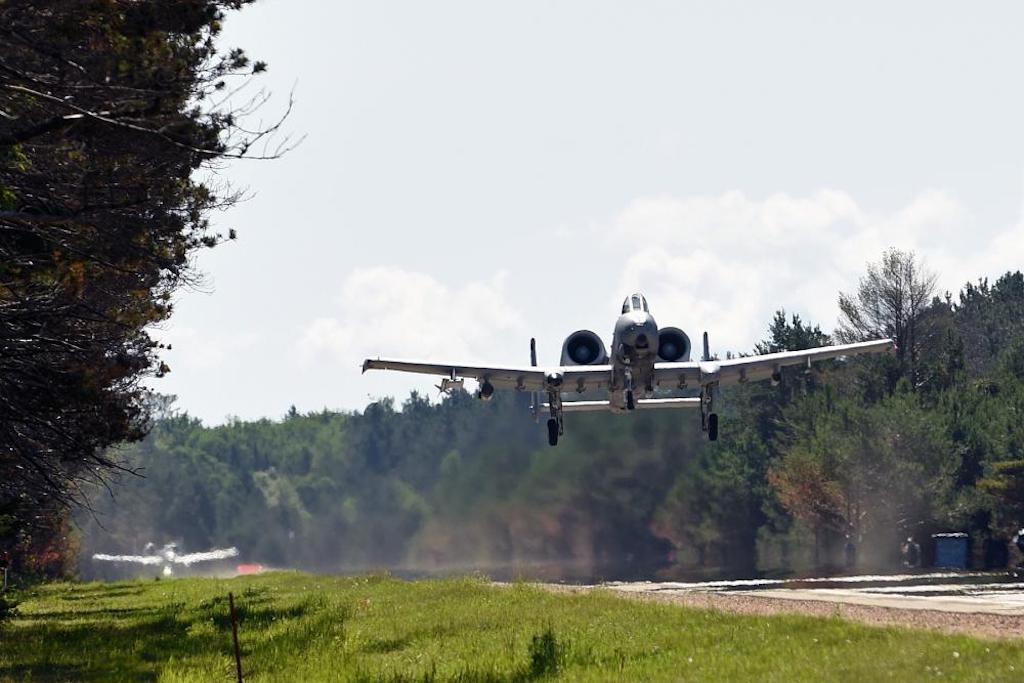 In 2021, the Air Force validated its ability to land modern aircraft, including the A-10 Thunderbolt II, on a public highway and send them back up into the air. On June 29, 2022, the Air Force expanded on this capability by performing the first refueling and rearming on a public U.S. highway.

Northern Agility 22-1 was an exercise led by the Michigan Air National Guard in the state’s Upper Peninsula. In Alger County, a 9,000-foot stretch of Michigan Highway M-28 was closed off to support integrated combat turns for multiple aircraft. ICTs enable the quick rearming and refueling of a running jet.

During the exercise, the landing zone was designated LZ Hawk. This was done in honor of Maj. Durwood “Hawk” Jones, an F-16 pilot from the Wisconsin Air National Guard’s 115th Fighter Wing. Maj. Jones lost his life during a training mishap in Michigan on December 8, 2020.