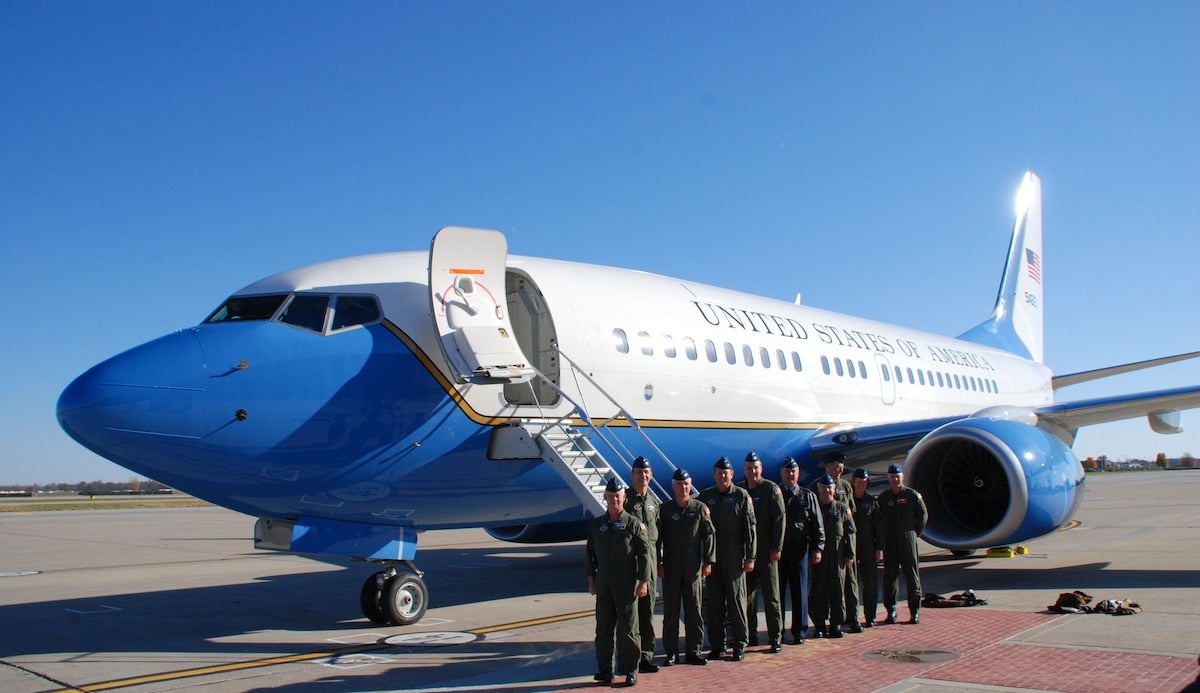 As VIP aircraft go, none are as iconic as Air Force One. The U.S. President’s specially-configured Boeing VC-25, the military version of the famous 747 jetliner, and its famous white, gold, and baby blue livery are instantly recognizable around the world. What many people may not know is that the Air Force maintains a fleet of other diplomatic aircraft for VIP transport including the Boeing C-40.

Based on the popular Boeing 737 narrow-body jet, the Air Force flies the B and C variants of the C-40. The Navy flies the C-40A which is named the Clipper, while the Air Force C-40 is officially unnamed. The C-40 uses the fuselage of the Boeing 737-700 and the strengthened wings and landing gear of the larger 737-800. It is also fitted with auxiliary fuel tanks which give it a range of up to 5,000 nautical miles compared to the 737-700’s standard range of 3,010 nautical miles.

The C-40B is primarily used to transport combatant commanders while the C-40C flies members of the President’s Cabinet and Congress. Both variants feature advanced electronic suites including an integrated GPS and flight management system/electronic flight instrument system and a heads-up display. They are also fitted with enhanced weather radar and a traffic collision avoidance system. The B and C models sport the same diplomatic livery reminiscent of Air Force One.

The Air Force describes the C-40B as an “office in the sky” for combatant commanders. It is fitted with communications equipment which provides broadband data/video transmit and receive capability as well as clear and secure voice and data communication. This allows senior military leaders to continue working in-flight. The C-40B even has on-board internet, a local area network, telephones, and fax and copy machines.

The C-40C lacks the advanced communications capability of the C-40B. However, it still allows provides government officials with in-flight communication during their trips. Moreover, it can flex its passenger capacity from 42 to 111 depending on the mission. The C-40B has a passenger capacity of 26 to 32. It was a C-40C, callsign SPAR19, that flew House Speaker Nancy Pelosi from Kuala Lumpur, Malaysia to Taipei, Taiwan on August 2, 2022 during her Asian tour. Notably, the flight tracking website Flightradar24 stated that SPAR19 became the most-tracked of all time with over 2.9 million visitors tracking at least a portion of Pelosi’s flight to Taiwan.