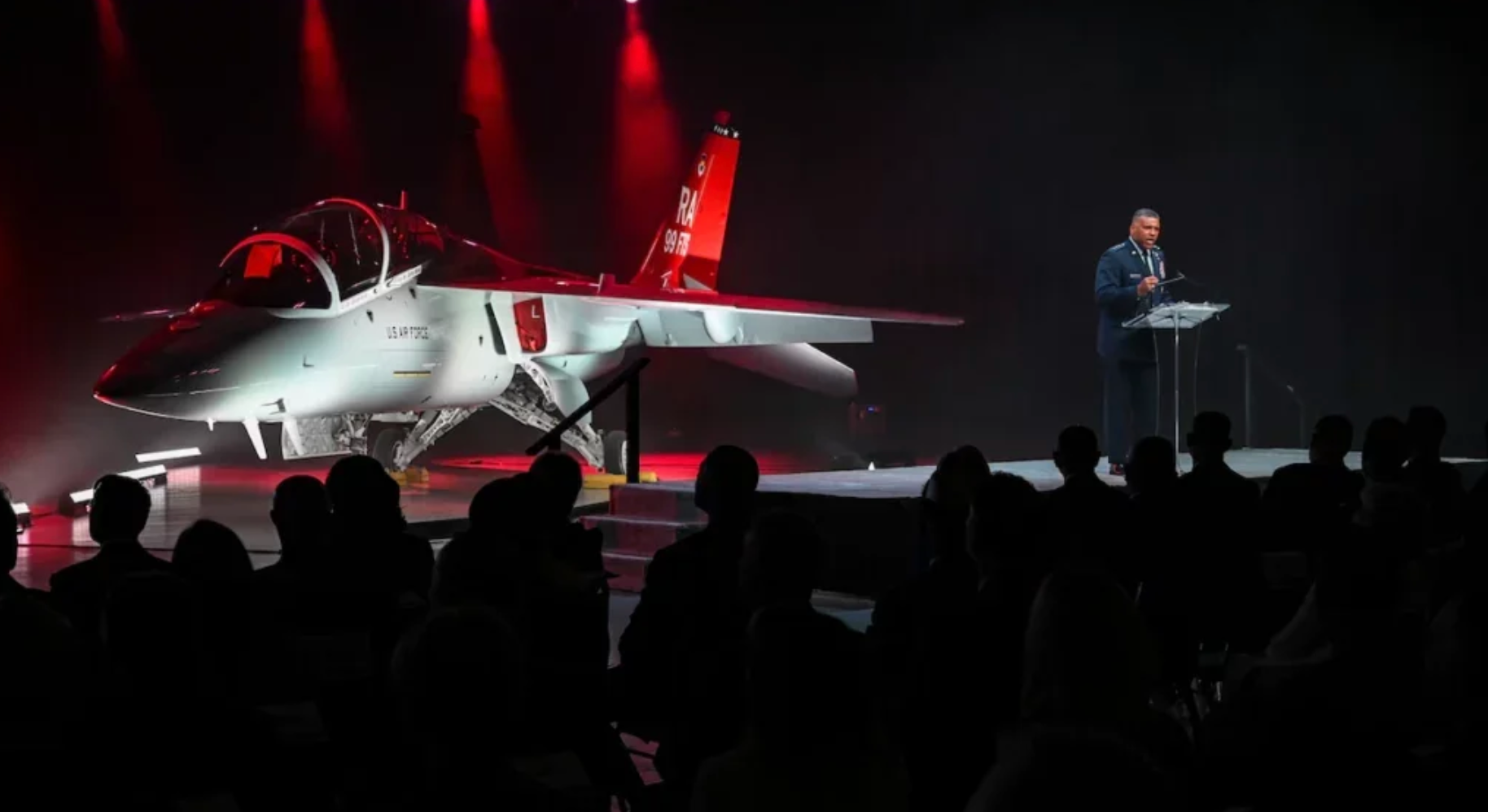 The Northrop T-38 Talon entered service with the US Air Force as a jet trainer in 1961. It’s famous for being the world’s first supersonic trainer and is still the most produced. Since its introduction, an estimated 50,000 military pilots have trained on the T-38. However, for all its accomplishments, the Talon has gotten long in the tooth. To replace the venerable trainer, the Air Force selected the Boeing-Saab T-X jet trainer in 2018. Serving to inspire future flight students to strive for excellence, the new aircraft has been designated the T-7A Red Hawk.

The Red Hawk is a tribute to the pioneering black pilots known as the Tuskegee Airmen. Segregated for their race, these pilots trained at Tuskegee, Alabama during WWII where they proved their ability to fly just as well as white pilots. The first fighter aircraft flown by the Tuskegee Airmen was the P-40 Warhawk, hence the second half of the T-7A’s name.

Tuskegee Airmen of the 99th Pursuit Squadron, the first black flying squadron, were the first to deploy overseas. Their fighters featured red painted tails for which they were nicknamed Red Tails, hence the first half of the T-7A’s name. The 99th was later assigned to the 332nd Fighter Group and joined Tuskegee Airmen in other fighter squadrons escorting heavy bombers over Europe. The other fighters squadrons also sported the red livery and the Red Tails earned a reputation as angels to their allies and devils to their enemies.

Today, the 99th Flying Training Squadron and 100th Fighter Squadron carry on the legacy of the Tuskegee Airmen by flying aircraft with red tails. However, the adoption of the T-7A Red Hawk honors the challenges overcome and victories scored by these determined aviators on a grander scale. Future generations of Air Force pilots will train on the Red Hawk and carry on the tradition of going above and beyond that led the Tuskegee Airmen to success and the service as a whole to greatness.

On April 28, 2022, Boeing rolled out the first production Red Hawk that will delivered to the Air Force. In a tribute to the late Tuskegee Airman Brig. Gen Charles E. McGee, the rollout aircraft was painted with his name as well as that of fellow Tuskegee Airman Lt. Col. George Hardy who was in attendance. It was also marked with the tail flash of the 99th FTS at Joint Base San Antonio, Texas. Fittingly, the 99th will be the first unit to fly the Red Hawk. The first T-7A squadron is expected to be operational in 2024.