The first U.S. planes fly combat missions from a foreign ship since WWII - We Are The Mighty

The first U.S. planes fly combat missions from a foreign ship since WWII 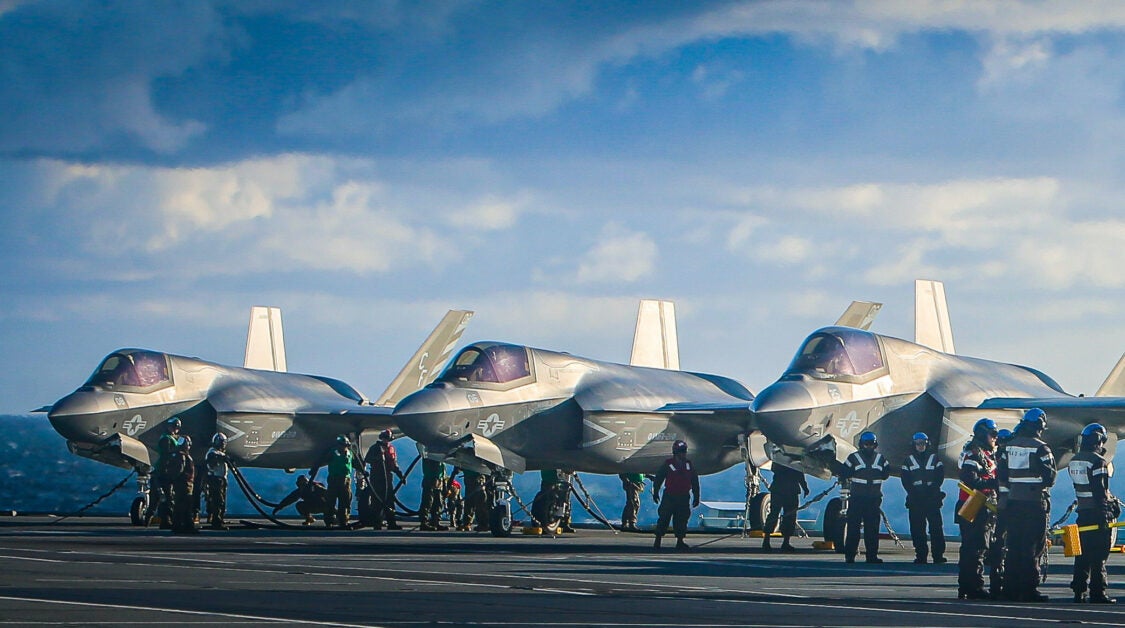 The Second World War saw extensive international cooperation amongst the allied militaries. US and UK aircraft and aircraft carriers conducted joint operations in the Atlantic and Pacific theaters. In fact, the British even loaned an aircraft carrier to the U.S. Navy during WWII. Renamed USS Robin, HMS Victorious launched American aircraft into combat alongside her compliment of British aircraft. Despite continued partnerships in fights against Al-Qaeda and the Taliban in the 21st century, American warplanes have not flown combat missions from a foreign aircraft carrier again until now.

HMS Queen Elizabeth is the largest vessel that the Royal Navy has ever put to sea. The 65,000-ton warship is the pride of the British fleet. Still, she is smaller than the Nimitz-class carriers sailed by the U.S. Navy. As such, her flight deck still requires a ramp to launch aircraft. This, however, is exactly the kind of operating environment that the F-35 Lightning II was designed for.

Capable of short-takeoffs and vertical-landings, the F-35B is flown by the Royal Air Force and Navy as well as the U.S. Marine Corps. Marine F-35Bs trained aboard HMS Queen Elizabeth in 2018 to validate interoperability. However, the assignment of Marine Fighter Attack Squadron 211 (VMFA-211) to the Queen Elizabeth marks the first combat deployment and sortie of American warplanes from a foreign carrier since WWII.

On June 22, 2021, the Ministry of Defence announced that an undisclosed number of US and UK F-35Bs flew combat missions against ISIS from HMS Queen Elizabeth. The missions were flown in support of Operations Shader and Inherent Resolve. The MoD did not specify the locations of the missions or the targets that were struck. Also on June 22, the Marines announced that the blended air wing began combat operations on June 18.

HMS Queen Elizabeth is the lead ship of the UK’s Carrier Strike Group 21. British Secretary of State for Defence described the carrier strike group as, “the largest concentration of maritime and air power to leave the UK in a generation.” The seven-month, 30,000-mile mission will take it to 40 countries through the Mediterranean Sea, the Indian Ocean and the Pacific. The carrier strike group includes a U.S. destroyer and a Dutch frigate and is expected to transit the South China Sea as a show of force.