Today in military history: USS Indianapolis is bombed by Japanese sub - We Are The Mighty 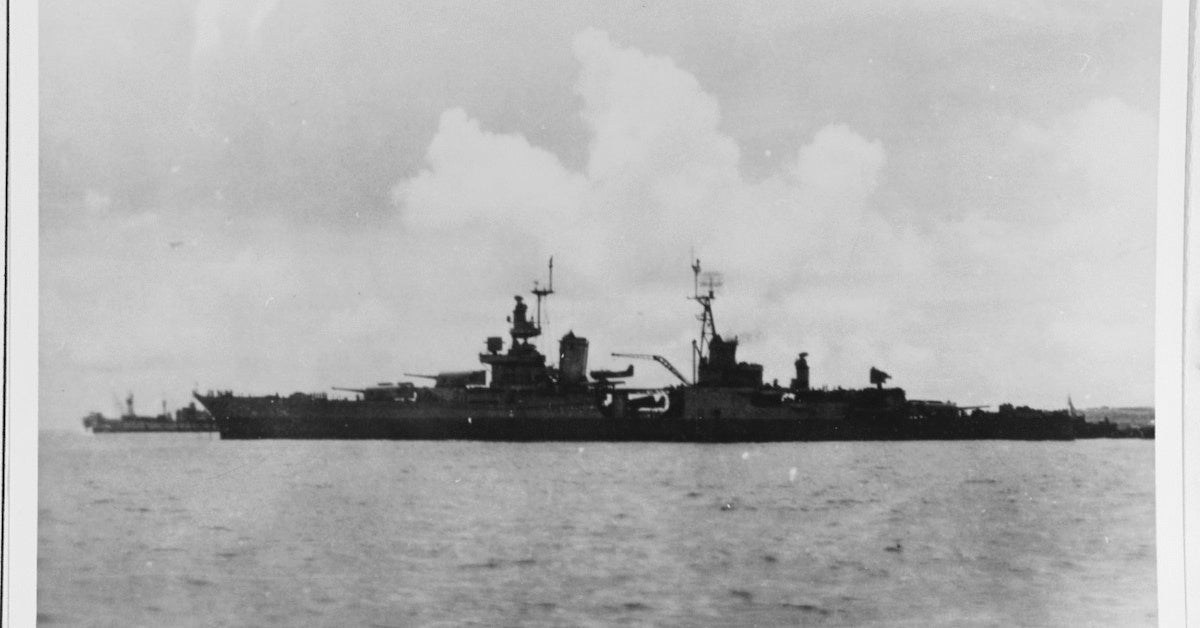 On July 30, 1945, the USS Indianapolis was torpedoed by a Japanese submarine, sinking within minutes.

In the first minutes of July 30, 1945, two torpedoes fired from Japanese submarine I-58 struck the starboard side of USS Indianapolis (CA 35). One ripped off the ship’s bow, followed by another that hit crew berthing areas and knocked out communications.

In the dead of night, chaos ensued. It took only 12 minutes for the decorated warship that had carried President Roosevelt in the interwar years and earned ten battle stars for its World War II service up to that point to begin a descent to the bottom of the Philippine Sea.

The Indianapolis had just completed a top secret mission in the Pacific and was preparing for the invasion of Japan when she was struck. The ship sank almost immediately, trapping 300 men inside. Another 900 went into the shark-infested waters, where many died from drowning, dehydration, or injuries from the explosion.

Surviving Sailors and Marines were adrift for four days before the pilot of a U.S. Navy Lockheed PV-1 twin-engine patrol bomber located them. It was by pure chance that, on the afternoon of August 2, that the bomber spotted an oil slick while adjusting an antenna.

A massive air and surface rescue operation ensued that night and through the following day.

Indianapolis had completed a top-secret delivery of atomic bomb components to Tinian, an island in the Northern Marianas, days earlier. Unbeknownst to the crew at the time, this mission would in the weeks to come contribute to the end of the war.