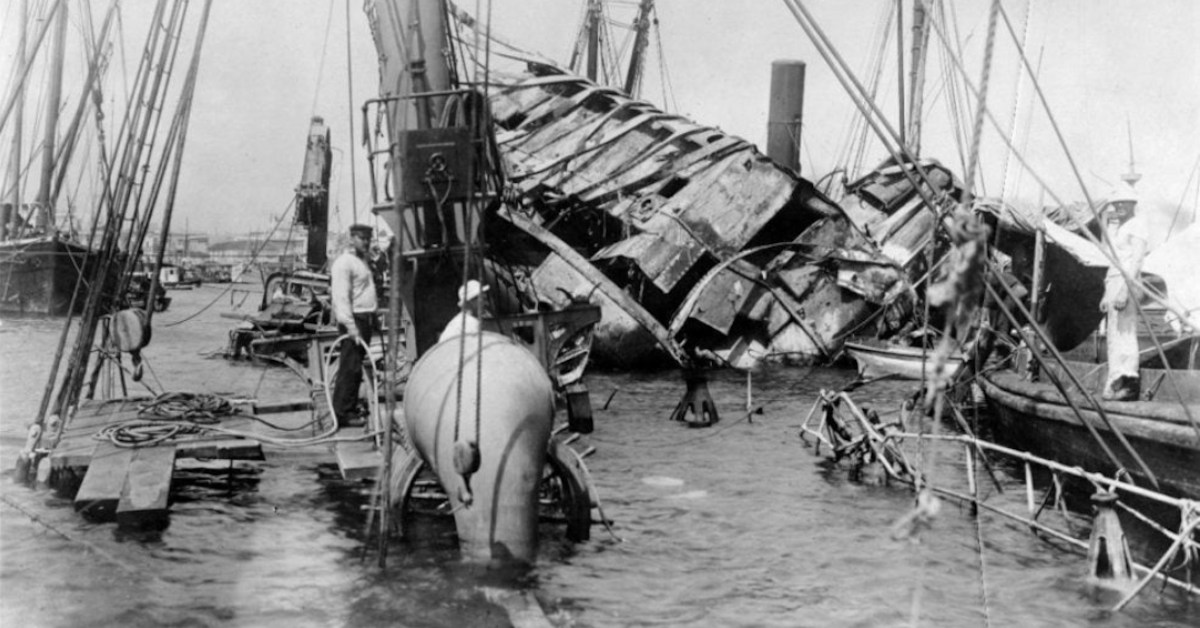 On Feb. 15, 1898, a massive explosion sank the USS Maine in Cuba, sparking the Spanish-American War later that spring.

One of the first American battleships, the Maine was sent to Cuba to protect American interests while tension with Spain, who ruled the island, was high. The American press published incendiary headlines, accusing Spain of treachery.

In 1898, the USS Maine exploded in Havana harbor, a port owned by Spain at the time. Since anti-Spanish sentiment and pro-Cuban Independence was at a fever pitch among Americans at the time, the incident was blamed on a Spanish mine. With more than 250 American sailors dead, the United States had to respond, and they did so by declaring war on Spain.

In March, an official U.S. Naval Court of Inquiry determined that a submerged mine blew up the ship — but the source of the explosion was never truly discovered. The implication of Spanish subterfuge, however, propelled the United States into the quickly-won Spanish-American War in April.

Recent investigations suggest that the explosion was caused by a fire in the ammunition stocks, and not an act of sabotage — but no one really knows what sank the Maine or killed 260 of the souls aboard.

The Spanish-American War began in late April, and in the following three months, the U.S. Navy would serve Spain a staunch defeat. Spain surrendered on July 17 and then on August 12, an armistice was signed. Finally, in December, the Treaty of Paris officially ended the three-month war, ceding Puerto Rico, Guam and the Philippines to the United States.