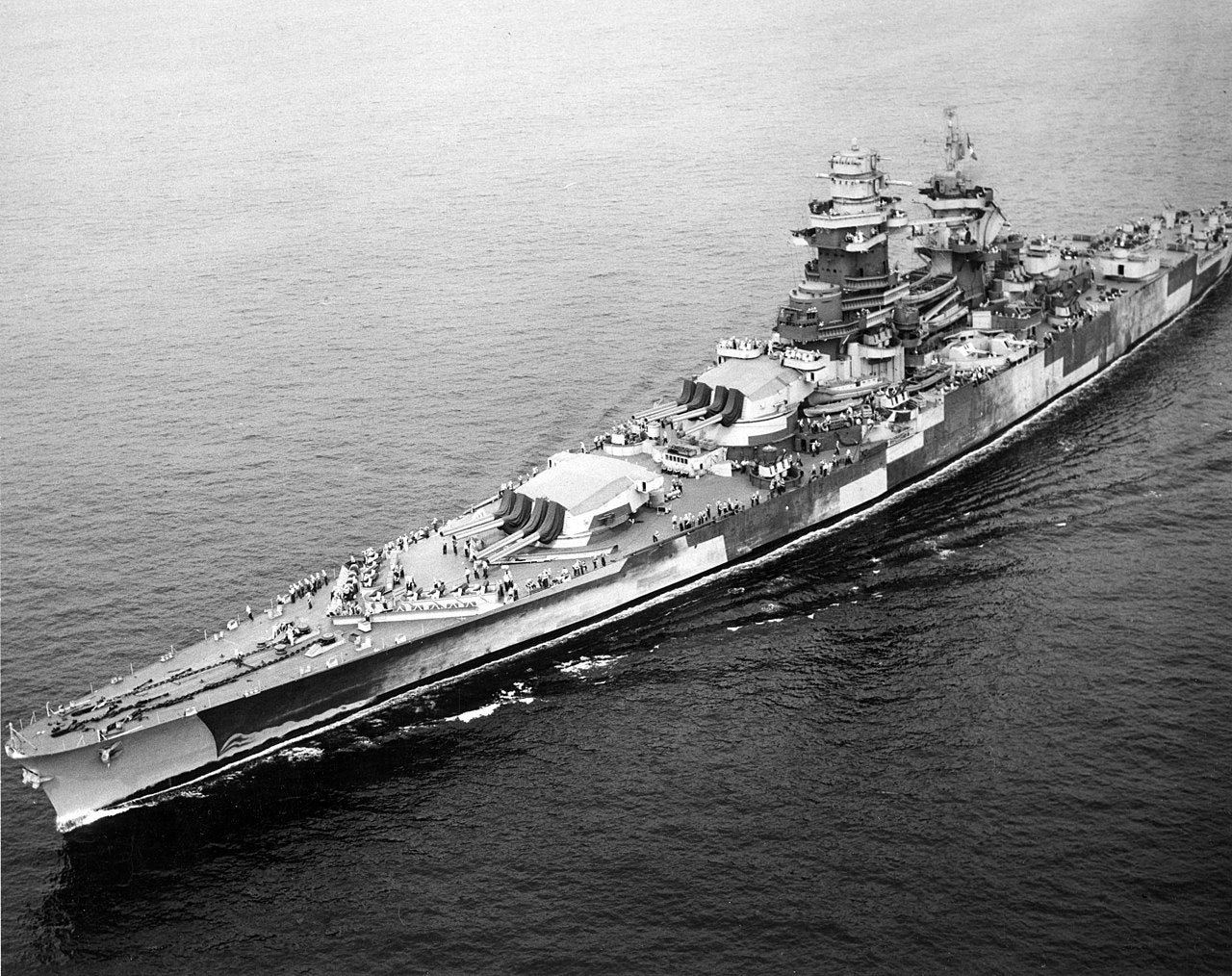 The French battleship Richelieu underway in the Atlantic Ocean on 26 August 1943, after her refit at the New York Naval Shipyard (USA). (National Archives).

The early 1940s were not good years for the French. After declaring war on Germany over its invasion of Poland in 1939, France quickly found itself defeated and occupied by its Nazi neighbors. The new French government, headquartered in Vichy, found itself trying to keep its overseas empire together.

Its colonial holdings and their neighbors proved much more aggressive than the French originally planned, which resulted in some strange but relatively fast altercations – one of those was the brief Franco-Thai War.

France and Thailand had been negotiating border disputes between the Royal Thai government and its border with French Indochina for years before World War II and significant agreements were made. The Thai government, still not completely happy with the result, found that the French government might be less willing to enforce those agreements now that it was occupied by the Axis.

They were wrong about that, but they were right that France’s overseas holdings were significantly weakened by the occupation of France. When Japan, now an Axis partner, began building bases in the French territory, the Thais sensed an opportunity to regain those lost border holdings.

The French were outnumbered by land, with only 50,000 men in the country to defend its borders. It decided that its best bet would be to attack Thai forces by sea, where its superior navy could do the bulk of the fighting.

On paper, the forces seem evenly matched. The French had one light cruiser and four avisos (light sloops) to put up against Thailand’s three coastal defense ships, a handful of gunboats, and a much larger air force. The French were to attack the Thai naval forces in support of land offensive that would be happening at the same time.

Intelligence overflights revealed there was only one coastal defence ship and one torpedo boat at Ko Chang, so the French decided to start there. When they arrived, there were actually two torpedo boats, but the French continued with the attack anyway.

With sunrise approaching, the French caught the Thai ships while their crews were still asleep. They managed to destroy both torpedo boats and a shore observation post, cutting the communication ability of the shore defenses.

Just a few minutes later, the HTMS Thonburi, a Thai coastal defense ship, came into the area and engaged the French flotilla – the entire flotilla. Just as it entered the battle, a lucky shot from the French light cruiser Lamotte-Picquet hit the Thonburi directly and killed its captain. The Thai ship kept fighting, but its volleys were inaccurate and its response times much worse than before.

The Thai coastal ship soon found its turrets jammed or taken out entirely and retreated into shallow waters. The French, whose ships were much heavier, could not follow, but the damage was done. The French finished it off with torpedoes.

Two hours after the battle had begun, the French began to head home. They were suddenly attacked by a large Thai air force which dropped tons of bombs around the ships but failed to send one home. After firing a barrage of anti-aircraft fire, the ships returned to Saigon.