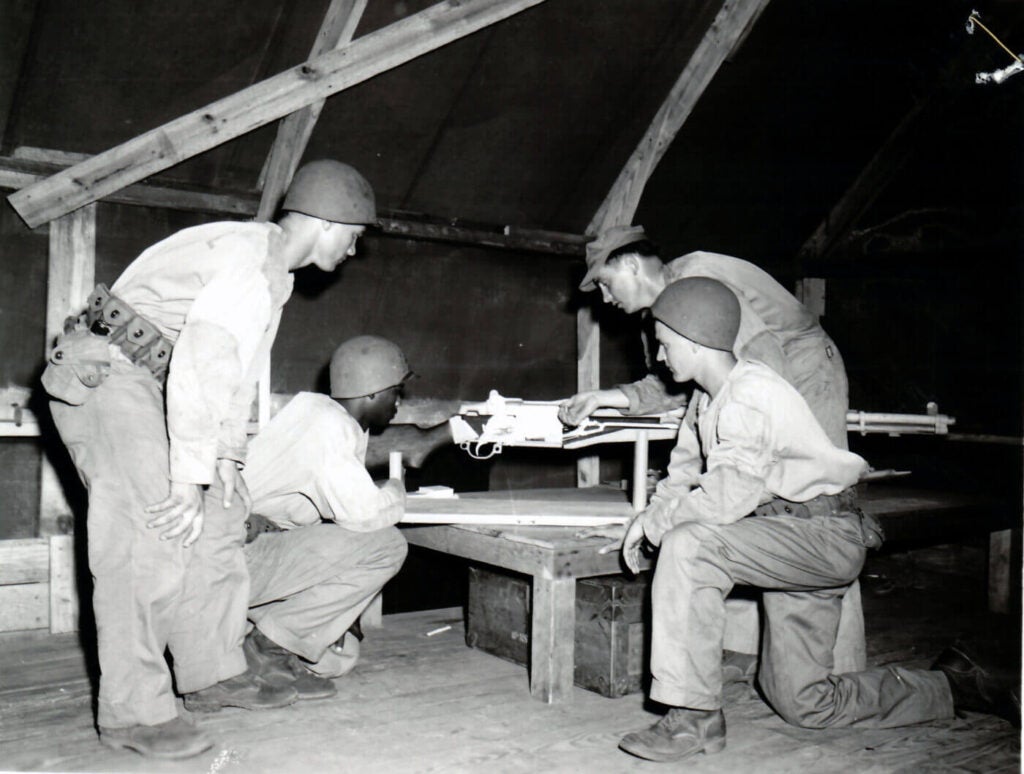 Remember that trainee in basic who lost their weapon? Or maybe the Lt. who left it behind in the field in a porta-potty? Wouldn’t it have been great to give them an oversized weapon that they (hopefully) wouldn’t be able to misplace? Turns out the military used to have those, but not for the purpose of embarrassing troops and teaching them accountability with a comically large weapon.

During WWII, the U.S. military had to take hundreds of thousands of civilians and train them as quickly and efficiently as possible. Posters, comics, and even cartoons were used as training aids. However, some of the most effective hands-on training devices were double-sized weapons.

Enlarged weapons, replicating the form and function of their regular-sized counterparts, allowed trainees to visualize their weapons and understand their function better. One of the first of these training aids was the BAR Double Size “Device-3-F-3.” In 1943, the Army and the Naval Research Special Devices Center collaborated to create the oversized, non-firing, cutout training weapon. As noted by a Navy training manual, “Device 3-F-3 demonstrates the complete cycle of performance of the operational piece. This includes loading and unloading, extraction and ejection of simulated cartridges, action of hammer, trigger, safety, clip latch, change lever and sear, movement of gas piston, and operation of the buffer spring.”

The BAR training aid was later designated the M23. There were also oversized training aids for the M1/M2 carbine, M1919 Browning machine gun, and the M1 Garand designated the M21, M22, and M24 respectively. Notably, the M24 included two plastic en-bloc clips to demonstrate the proper loading of the rifle, so it’s unlikely that it could replicate the iconic M1 “ping.”

In order to keep the weight of such enormous objects down, the training aids were largely hollow and constructed of aluminum. The ammunition was made of plastic so that would not adversely affect the weight, but could be realistically loaded into the magazine training aids. Each enlarged weapon came with a plywood case for transportation and storage. The lid of the case could be flipped over and used as a display stand during periods of instruction.