How Naval logistics evolved throughout the history of combat 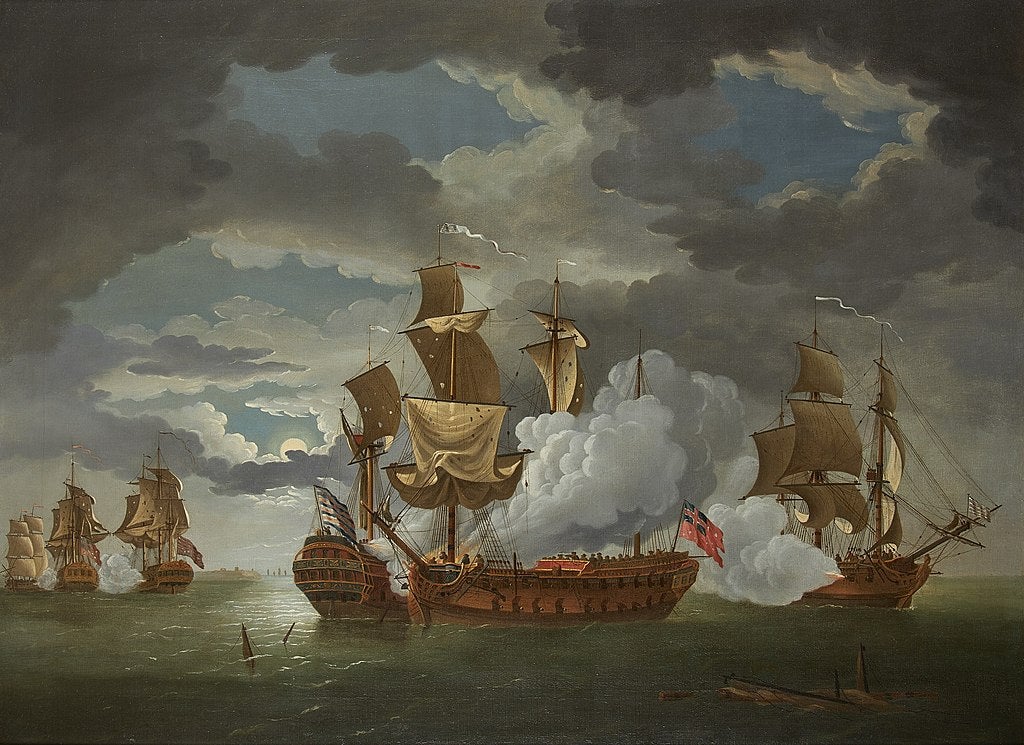 The Action Between the Frigates Bonhomme Richard (Capt John Paul Jones) And HMS Serapis, During The Battle Of Flamborough Head, 1779.

Logistics is a core element of all military activities as it acts as a link between the industrial base and the deployed personnel. Essentially, military logistics ease the movement of deployed forces and provide them with weapons, medical assistance, evacuation, supplies and maintenance.

Water logistics forms one of the vital components of the military logistics department, as vessels, personnel, tactics, and both inland and coastal waterways contribute to the winning of a battle. One can trace water logistics to the bulk movement of supplies which dates back to more than 3,000 years ago when armies required food, more troops, sundry stock and ammunition.

Multiple international wars like the American Revolutionary war rocked the 18th century. As the British and French were rivals, the French opted to aid the Americans in gaining independence from the British. The French allies did so by providing economic and military support. Initially, the French ships provided aid covertly. However, after signing the Treaty of Amity and Commerce and the Treaty of Alliance, the French supplied America with money, troops, and material. On the other hand, America had no naval forces as they only had merchant vessels which were predominantly utilized for trade. The Americans also lacked maritime warfare training, tactics, and the presence of privateering was more lucrative than naval service.

After recognizing the importance of naval forces, the Continental Congress formed the Continental Navy and the Marine Corps in 1775. The colonies began acquiring vessels, especially schooners such as the Hanna, Hancock, Lynch, Lee, Franklin, Washington, Harrison and Katy. Even with the purchase of ships and the creation of the Continental Navy and the Marine Corps, England still dominated sea power with over 270 ships in 1775. At the end of the revolutionary war, a ship known as the Frigate Alliance enabled the Americans to conquer the revolution. After that, the government disbanded the Continental Navy and formed the US navy in 1794. The US navy comprised six ships, commonly known as the Original Six Frigates, that sailed under the United States Ships (USS) title. Currently, more than 480 USS ships stand unchallenged and dominate the world’s oceans.

For militaries worldwide, traveling underwater means secrecy and unpredictability, and as a result, submarines were created. During the American Revolution, America utilized the Turtle, which was the first combat submarine. It was designed and constructed by David Bushnell, an American inventor at Yale. He designed an oak vessel with an egg shape that could accommodate one man. The Turtle was hand-powered and equipped with a torpedo that could adhere to the enemy’s ship and later blow up. David had envisioned the Turtle to be an efficient tool to attack the British mariners at the New York Harbor in 1776. Nevertheless, as the operator had inadequate skills, the submarine’s mission was unsuccessful, and the British ships did not sink.

After the Revolutionary War, America made multiple improvements to its submarines and utilized them during World War II against the Japanese forces. They were used to rescue the US airmen stuck in the Pacific and curtail the transportation of supplies to the Japanese army.

The U.S. Navy also used the submarines during the Cold War, where the USS Holland was a vastly improved submarine in terms of engines. Before it, subs were powered by steam plants with batteries, while USS Holland used a battery-powered electric motor. Apart from being a weapon, the USS Holland significantly contributed to military training. It was used to train cadets and officers for submarines the Navy was working on. Currently, the US Navy operates a wide range of subs, including 14 ballistic missile submarines to four guided-missile submarines.