Today in military history: US Air Force becomes independent branch - We Are The Mighty 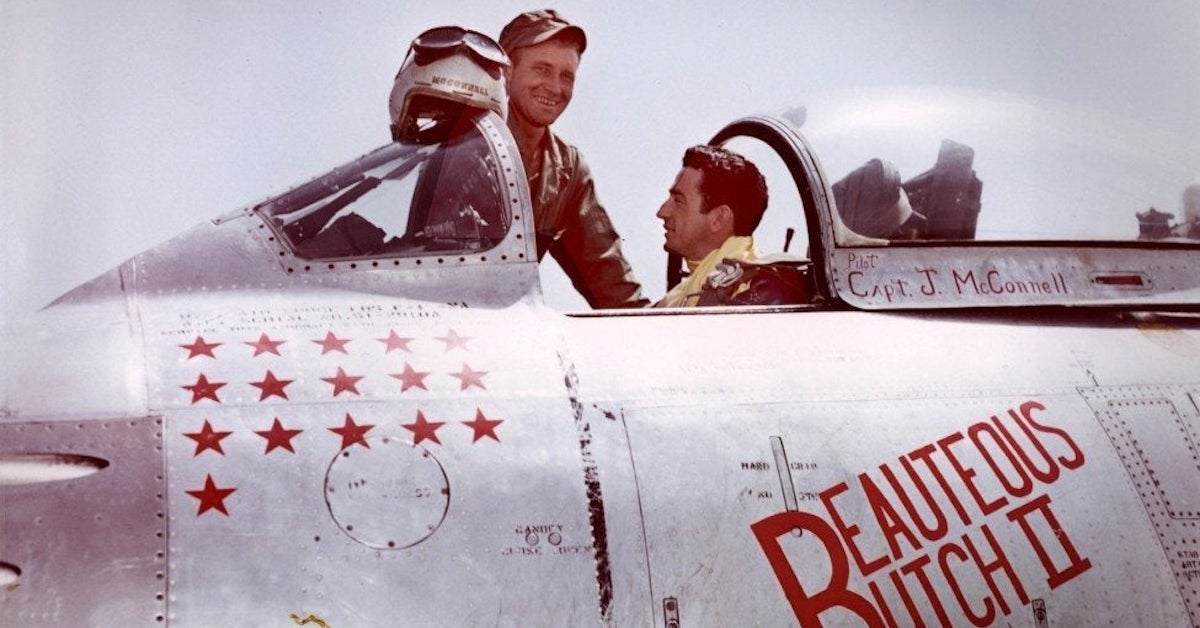 On Sep. 18, 1947, the United States Air Force became an independent branch of the military.

The mission of the Air Force is to fly, fight and win in air, space and cyberspace — and it does.

In 1947, then-Air Force Capt. Chuck Yeager broke the sound barrier in his Bell X-1 rocket-powered aircraft, kicking off a race of pilots who competed to do the next big thing, eventually leading to outer space and a man on the moon.

While an “ace” is a pilot from any branch who has shot down five or more enemy aircraft, the top jet ace in USAF history is Joseph C. McConnell, a “Triple Ace” who shot down 16 MiG fighters during the Korean War over a four month period, bagging three on his last combat mission of the war. His American record still stands.

In addition to missions that include cyber warfare and defense, personnel recovery, agile combat support, and global precision attack, the United States Air Force prides itself in maintaining global air superiority through training, capability, number and modernity of aircraft, and rather exceptional personnel, if I do say so myself.

Fun fact, the Air Force also tracks Santa. On Dec. 24, 1955, a newspaper ad told kids that they could call Santa at an included phone number. The number listed would call the U.S. Air Defense Command. The colonel on duty ordered his team to give all kids Santa’s “current location.” This tradition now handles calls from over 200 countries.

It is the largest and most technologically advanced air force in the world. You might even say no one comes close.