This flying boat was the heaviest aircraft of WWII 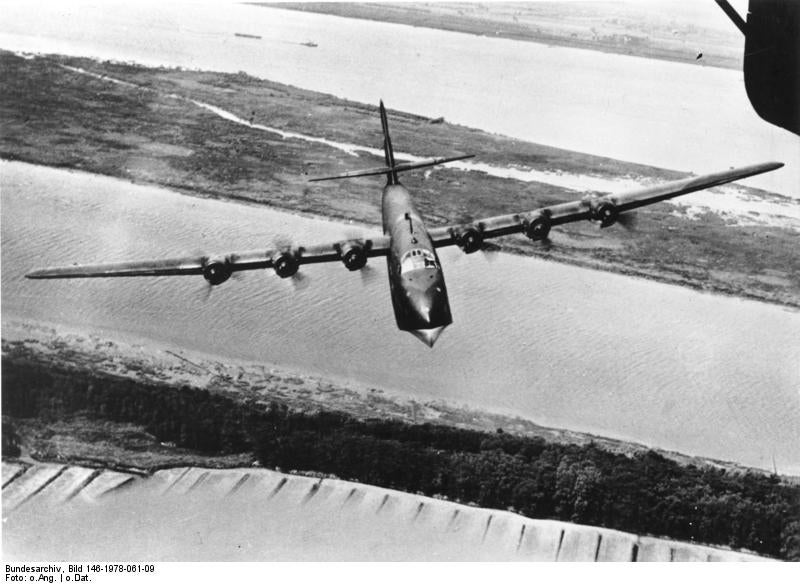 WWII saw huge advancements in the aviation industry. From the validation and establishment of monoplanes to the introduction of the jet engine, the technology of flight moved at a rapid pace in a short amount of time. One type of aircraft that experienced incredible advancements was the flying boat. In fact, a flying boat became the heaviest aircraft ever built at the time in 1944.

Under Hitler’s vision of building things bigger, better, and a bit crazier than everyone else, Nazi Germany managed to produce the absolute behemoth of a flying boat known as the Blohm & Voss BV 238. With a wingspan of nearly 200 feet, a length of over 140 feet, and an empty weight of over 120,000 pounds, the BV 238 eclipsed long-range heavy bombers of the time like the Messerschmitt Me 264 Amerikabomber and Boeing B-29 Superfortress. Only the Soviet Tuploev ANT-20 had the BV 238 beat in wingspan, and just by a few feet. The BV 238 still boasted a greater length and weight than the Soviet plane.

The BV 238 was developed from Blohm & Voss’s previous flying boat, the smaller yet still massive BV 222 Wiking. Originally designed as a commercial transport, the BV 222 was repurposed as an armed transport plane during WWII and is even credited with shooting down a U.S. Navy PB4Y-1 Liberator, the Navy version of the B-24. The BV 222 was capable of flying a distance of 3,800 miles while carrying over 3,000 pounds of supplies or up to 92 troops. So, naturally, Germany decided to make it bigger.

Development of the BV 238 began in 1941. Although a quarter-scale model was commissioned, the war accelerated the construction of the full-size aircraft before the scale model could be studied. The earlier BV 222 was well-armed with three 20mm MG 151/20 cannons and five 13mm MG 131 machine guns. By contrast, the BV 238 was designed to mount just two of the 20mm cannons, but 20 of the 13mm machine guns. It was also capable of carrying a wide array of bombs and torpedoes including radio-controlled glide bombs.

With an enormous fuselage and six V-12 engines, the BV 238 was capable of flying a distance of 4,110 miles while carrying nearly 90,000 pounds of supplies or armament and up to 300 troops. A large nose door at the front of the aircraft allowed for the quick on and off-loading of men and materials. With such impressive specifications, a land version was also commissioned. Originally named the BV 238-Land, it was renamed the BV 250 and featured similar cargo and bombing capabilities. Although three BV 250 prototypes were ordered, none were finished before the war’s end.

By contrast, one BV 238 was completed and began flight trials in April 1944. Despite being designed to carry a heavy array of armament, the BV 238 was never fitted with any weapons. While moored on Lake Schaal east of Hamburg, the aircraft was strafed by P-51 Mustang fighter planes and partially sunk. One wing remained above the water and the BV 238 was salvaged. However, the war ended soon after. The Allies refused to let the giant flying boat be restored and floated it out to deeper water to be scuttled. One other prototype was effectively completed but never flown. Two more were in production but not completed.

The giant flying boat concept survived in Hughes H-4 Hercules, also known as the Spruce Goose. However, the victorious allies quickly lost interest in the flying boat. The BV 238 remains a marvel of modern aviation and a testament to German over-engineering.