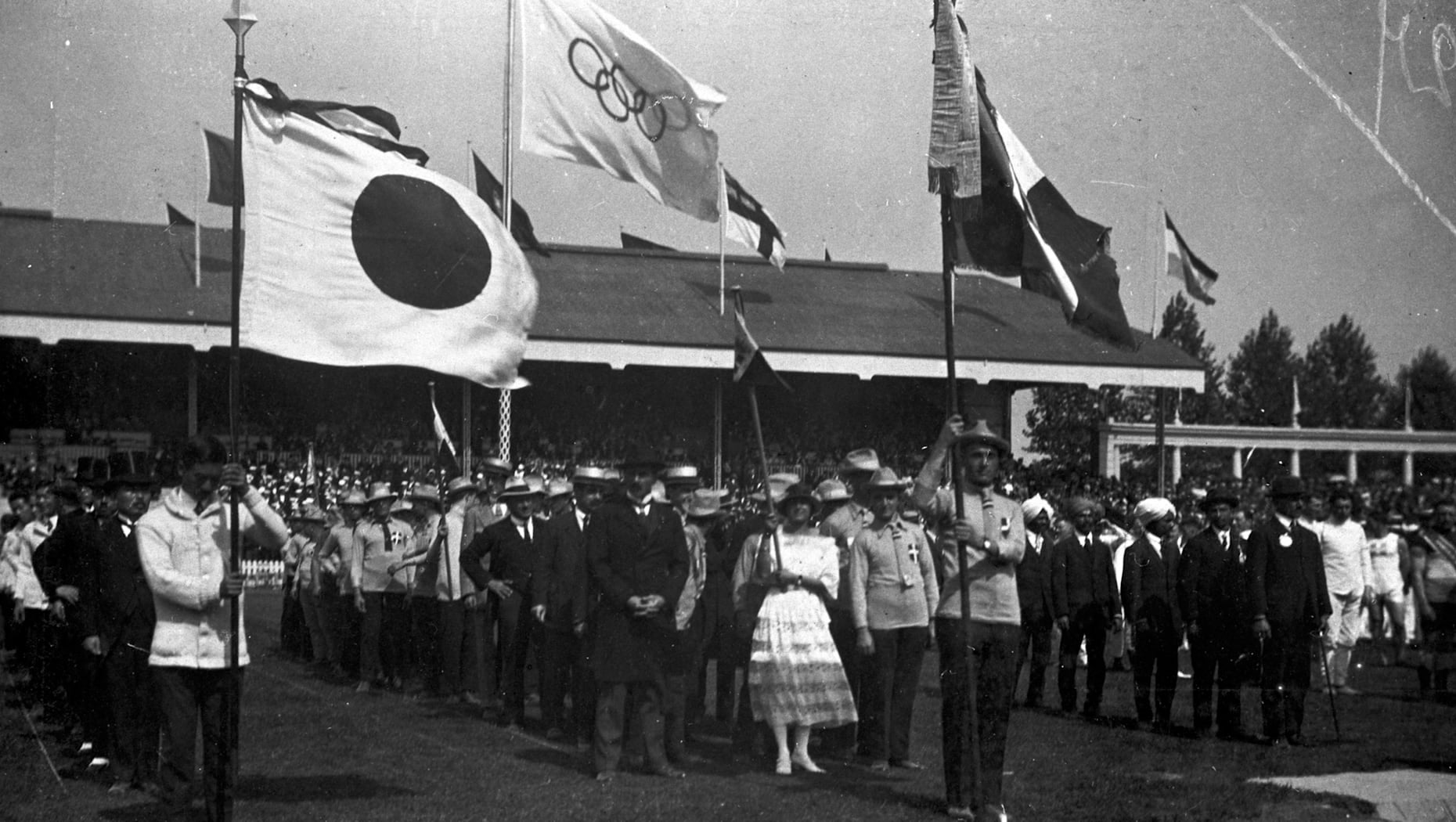 Haig Prieste was born in 1896 in Fresno, California. His parents were Armenian immigrants who gave up their original surname of Keshishian. Prieste changed his birth name, a traditional Armenian name, to Harry and later Hal.

Upon America’s entry into WWI, Prieste joined the Navy. It was during his service that he discovered his natural ability for swimming and diving. A shipmate reportedly teased Prieste that he should try out for the Olympics. So… he did.

After he left the Navy, Prieste attended the Olympic tryouts in Alameda, California. There, he came first in diving, beating out national champion Clyde Swendsen. From there, Prieste went to New York to prepare for the Olympics.

At the 1920 Antwerp games, Prieste was part of the U.S. diving team. After three compulsory dives at 16 feet, Prieste was in last place. However, things changed with the 32-foot dive.

“They let you do whatever you wanted. You could get more points by doing harder dives,” Prieste recalled. “I did the hardest because I wanted to get the most points.” With this, Prieste came back from last place and took home a bronze medal for the USA.

Prieste became good friends with surf legend and fellow Olympic medal winner Duke Kahanamoku. The Hawaiian swimmer dared Prieste to steal the Olympic flag before they left the games. Not one to back down from a challenge, Prieste took the dare. Near the end of the games, he climbed the 15-foot flagpole and retrieved the Irish linen flag. Along with his medal, Prieste brought the flag home with him to Los Angeles.

It wasn’t until 1997 that the stolen flag resurfaced. That year, the U.S. Olympic Committee hosted a banquet which Prieste attended. A reporter brought up the missing flag and wondered where it had been for nearly 80 years. “I can help you with that,” Prieste told the reporter. “It’s in my suitcase.” Prieste did not realize the importance of the 1920 flag, the first to bear the now iconic five Olympic rings.

In fact, he would often show it to his guests as a souvenir of his Olympic experience and a great story with the Duke. “I had it a long time,” Prieste said. “A lot of my friends have seen it. You can’t be selfish about these things. It’s no good to me. I can’t hang it in my room. People will think more of me by giving it away than by keeping it.” And that’s exactly what he did.

At the 2000 Sydney Olympics, Prieste returned the flag to the International Olympic Committee. In return, the IOC honored Prieste, the oldest living Olympic medalist at the time, with a commemorative Olympic medal. Today, Prieste’s flag is on display at the Olympic Museum in Lausanne, Switzerland.

Prieste passed away the next year at the age of 104. He is the first known Olympian whose lifespan covered three centuries from 1896 to 2001.