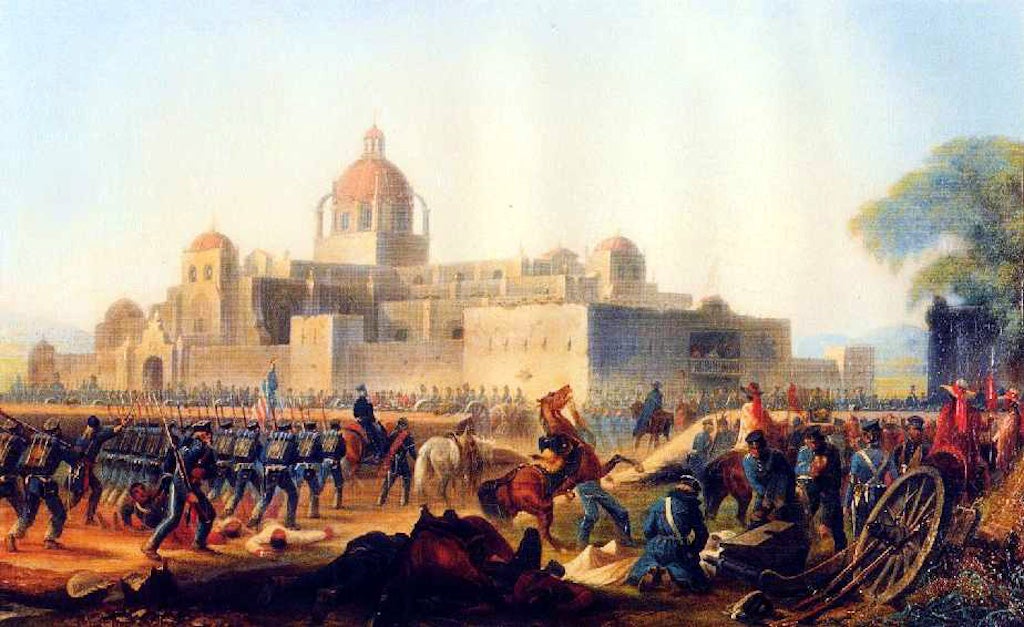 Like many Irish immigrants, John Riley fled Ireland in the middle of the Great Famine, looking for a way to survive in a place where he could thrive. Having served in the British Army, he had experience as a soldier, so when he arrived in the United States, he joined the U.S. Army to make a living.

The America of the 1830s was not the land of opportunity he’d heard about, at least not for Irish Catholics like himself. Despite wearing the uniform of the Army, he and other Irish immigrants faced discrimination and mistreatment at the hands of Americans and even fellow soldiers.

His experience put him on a crash course with history to become one of the few former American troops who would join ranks with an enemy and fight against his adopted country.

Riley was born in County Galway, Ireland, in the early 1800s. Times were hard for the Irish, and although the Great Famines were decades away, life was tough and food was scarce. To escape the misery of his life on the Emerald Isle, he joined the British Army and made his way to Canada.

The Irishman eventually emigrated to the United States through Michigan and joined the U.S. Army, a job in which he had some experience. By the time he arrived, Texas had declared its independence, which it would soon fight for and pay dearly to win. In 1836, it had finally separated itself from Mexico.

But the fight for Texas was far from over. Mexico refused to recognize the Lone Star Republic and Texas was soon a flashpoint for conflict between the United States and Mexico. John Riley was among the thousands of American soldiers who would be sent to the Rio Grande River to fight the coming war with their southern neighbor.

For John Riley and thousands of other Irish and Catholic soldiers, life in the U.S. Army was particularly hard. Resentment toward an overwhelming number of new Irish immigrants was high among Americans, both in and out of the Army. they were perceived as lazy, foolish, and ignorant. Moreover, many mistrusted Catholics as their coming enemy, Mexico, was also a Catholic nation.

For the Irish soldiers in the Army, this meant little-to-no opportunity for promotion and hard work on the worst details in a life that was already pretty rough. On the eve of the Mexican-American War, on April 12, 1846, Riley defected to Mexico and joined the Mexican Army. A stream of other Irish deserters would follow him.

The war began on April 25, 1846. By August of that year, Riley was the commander of St. Patrick’s Battalion, a unit comprised entirely of Irish and German Catholic immigrant defectors from the U.S. Army. For the Americans, they were just a bunch of turncoats, traitors who were helping the Mexican government renege on the independence of Texas.

Though foreign defectors fought in the early battles of the war, St. Patrick’s Battalion first made its presence known at the Battle of Monterrey. Though the Mexican Army was defeated, the turncoat battalion fought off a number of assaults on the city, inflicting heavy casualties.

Their skill with artillery led them to man the guns at the Battle of Buena Vista, where they destroyed the American artillery and stole some of their guns. The battle was a defeat for Mexico, but the Mexicans were able to make an orderly withdrawal with the Irishmen covering their retreat. John Riley was promoted to captain for his conduct there.

At the Battle of Churubusco, the luck of the Irish ran out. Just outside of Mexico City, the Mexicans were outnumbered two-to-one. St. Patrick’s Battalion was holed up in a convent with some other Mexican soldiers, where they would make their last stand. The 72 surviving members of the Irish battalion, including John Riley, were captured.

After the battle, they were all court-martialed. Riley was forced to watch as 48 of his men from the St. Patrick’s Battalion were hanged as traitors, having deserted after the war started. Two of them received a death sentence by firing squad.

The 12 who deserted before the war broke out, including Riley, received a sentence of 50 lashes and were branded on the face with the letter “D” for “deserter.” It was the largest mass execution in American history.

John Riley survived and rejoined the Mexican Army. He grew his hair out to cover the D brand on his face. Having received a promotion to major, he was stationed in Veracruz in 1850. He contracted yellow fever and died soon after.