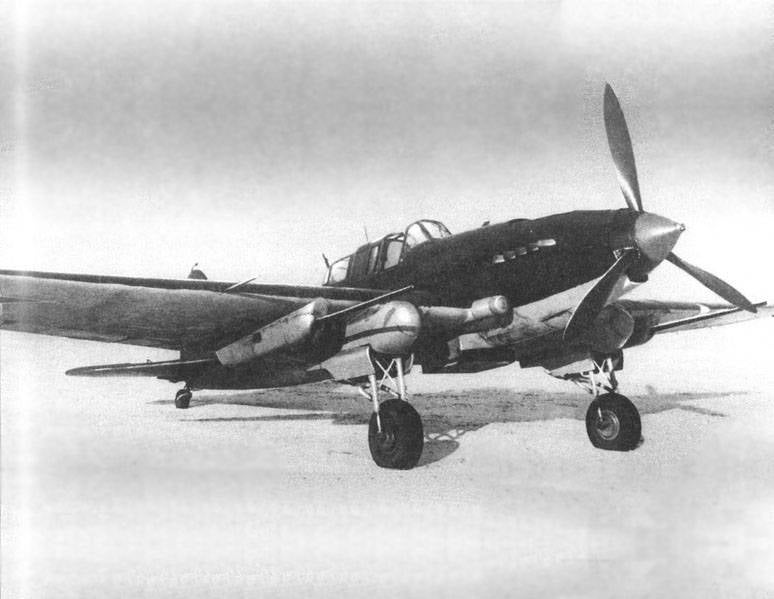 In 1942, not long after Nazi Germany invaded the Soviet Union, Soviet pilot S. Kuzniecov was returning to base from a reconnaissance mission over Nazi-occupied Russia. As he flew over Kalinin (modern-day Tver), he was ambushed by German Messerschmidt fighters. He was shot down and forced to crash land his Iluyshin Il-2.

A profile publication written by Witold Liss of the Il-2’s combat record describes what happened next.

One of the German pilots landed at a nearby flat strip of land to collect souvenirs from his prey and to kill the Soviet pilot if he was still alive. But Kuzniecov wasn’t in the cockpit of the downed fighter anymore. He hid in the nearby woodline waiting for the enemy pilot.

As soon as the German approached Kuzniecov’s Il-2, Kuzniecov made a mad dash to the German’s waiting Messerschmidt. He took off and headed for home. But his troubles didn’t end there.

He did survive and was later awarded the title Hero of the Soviet Union, the highest honor the USSR could bestow on its fighting men and women. Kuzniecov was blinded by anti-aircraft fire over Poland in 1944. He managed to land his new Il-2 in a wheels-up crash landing, but what happened to him after he left the cockpit is unknown to this day.

When the Il-2 first appeared, it was called the “Flying Infantryman” by the Red Army, as beloved by ground troops as the A-10 is for Americans today. When given an inspection and a test flight, American Ace Eddie Rickenbacker called it the “best aircraft of its type in the world” and the “Beast from the East.”

It lived up to the hype as maybe the most important Soviet airframe of World War II.