Today in military history: First American destroyer sunk by enemy - We Are The Mighty 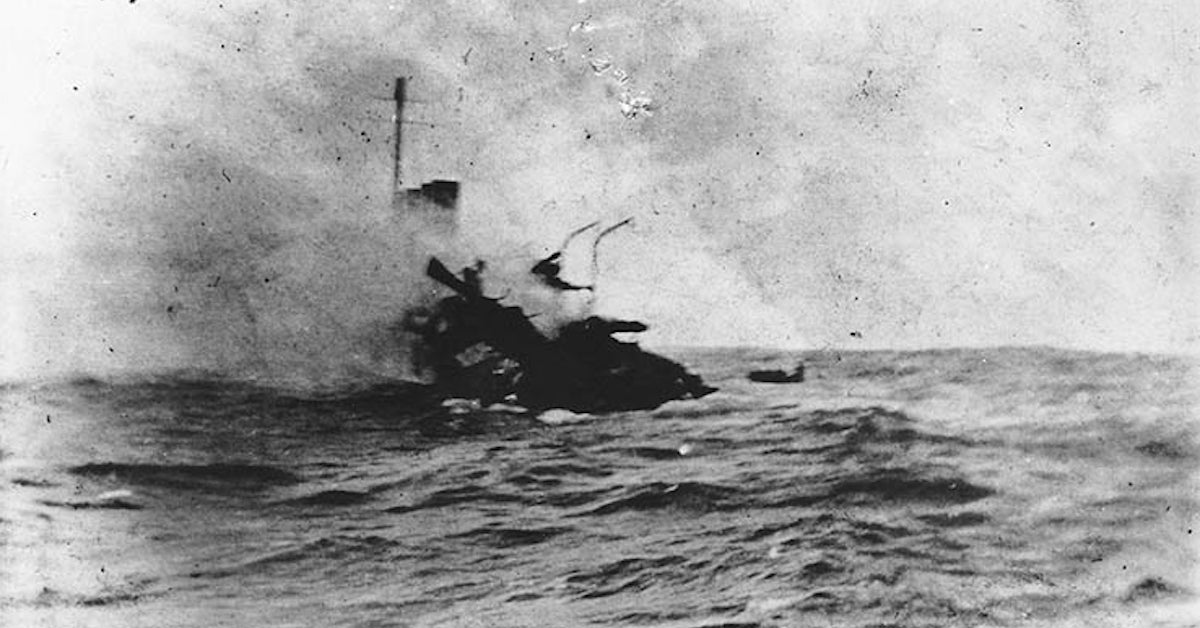 On Dec. 6, 1917, the USS Jacob Jones became the first American destroyer to be sunk by enemy action.

DD-61 was a Tucker-class destroyer built for the United States Navy and named for Jacob Nicholas Jones, a Naval officer who fought in the Barbary Wars and the War of 1812. After her commissioning in 1916, USS Jacob Jones patrolled the New England coast.

In April 1917, when the United States entered World War I, Jacob Jones was sent to patrol the waters of the United Kingdom. On July 8, she rescued 44 survivors of a British steamship that had been attacked by a German U-Boat. Two weeks later, she escorted another steamship, which was torpedoed by an evasive German submarine before the American destroyer could act. Jacob Jones took on 25 survivors of the attack.

She continued escort and rescue operations throughout the summer. In October, she picked up 305 survivors of the torpedoed armed merchant cruiser, the Orama.

On Dec. 6, 1917, while steaming alone in a zig-zag pattern, she was spotted by the German submarine U-53. Despite evasive maneuvers, Jacob Jones was struck by a U-53 torpedo, which knocked out the ship’s power and rendered her unable to call for help.

Commander David W. Bagley gave the order to abandon ship, but as she sank, the torpedo’s depth charges began to explode.

Two officers and 64 men were lost. The final resting place of Jacob Jones and her lost crew have never been found.

Featured Image: USS Jacob Jones sinking off the Scilly Islands, England, on Dec. 6, 1917, after she was torpedoed by the German submarine U-53. (Photographed by Seaman William G. Ellis. Smithsonian Institution Photograph.)