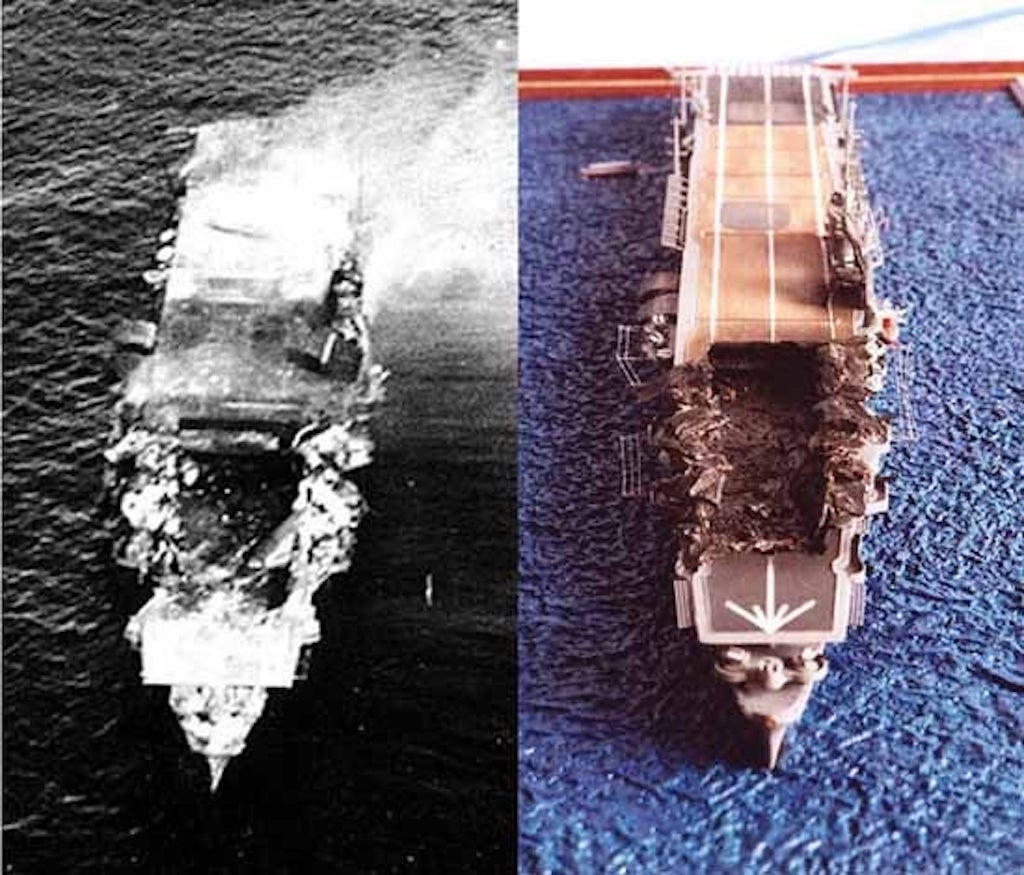 The Battle of Midway is arguably one of the greatest moments in the history of the United States Navy. Plenty of American heroism was put on display during that battle by personnel both in the air and on the sea.

Lieutenant Commander John C. Waldron, for example, led Torpedo Squadron Eight in a brave attack on the Japanese carriers only to be nearly wiped out — Ensign George Gay was the lone survivor of that engagement. Wade McCluskey led the dive bombers from USS Enterprise (CV 6) that sank the Japanese carriers Kaga and Akagi. Max Leslie, in yet another act of bravery, led the attack on the Japanese carrier Soryu despite the fact his plane did not have a bomb. All of these are tremendous stories of courage demonstrated at Midway, but none of them received the Medal of Honor for their actions.

The Battle of June 4

The only man to receive the Medal of Honor for actions during the Battle of Midway was Marine Captain Richard E. Fleming. Fleming was assigned to Marine Scout Bomber Squadron 241. Also known as the “Sons of Satan,” the squadron was equipped with 16 Douglas SBD-2 Dauntless and 11 Vought SB2U-3 Vindicator dive bombers.

On June 4, the squadron took part in attacks on Japanese carriers, losing a number of planes. During the initial attacks, Fleming dove dangerously low in order to get a better angle of attack on the ships. The next day, Fleming led an attack on a pair of Japanese cruisers that were damaged in a collision caused by the submarine USS Tambor. During this attack, too, Fleming dove, closing in on the enemy ship.

A final, heroic act during the Battle of Midway

Fleming was shot down while pressing his attack on the heavy cruiser HIJMS Mikuma. Later, a Japanese officer was quoted as saying,

“I saw a dive bomber dive into the after turret and start fires.”

That account is disputed, though. Fleming’s Medal of Honor citation states that his plane crashed into the sea after scoring a near-miss. One thing is indisputable, though. Fleming’s bravery, and the bravery of those around him, helped turn the tide at Midway.