Today in military history: Patriot victory at Battle of Kettle Creek - We Are The Mighty 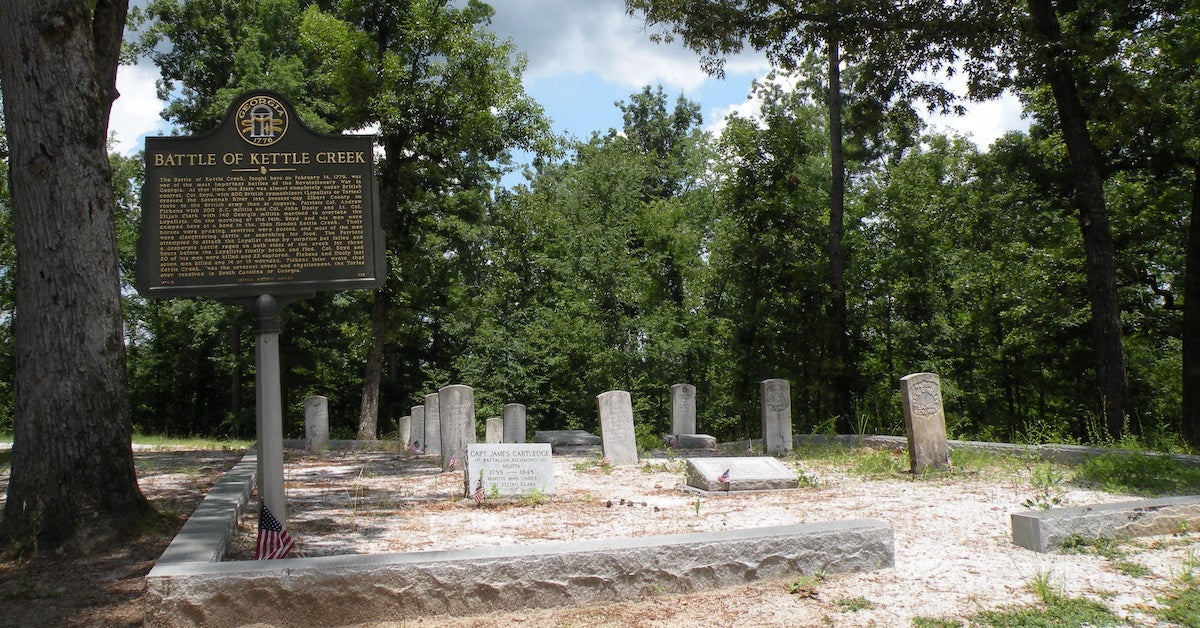 On Feb. 14, 1779,  a militia force of patriots defeated loyalists at the Battle of Kettle Creek during the American Revolution.

Savannah, Georgia, had been captured by the British on Dec. 29, 1778, in a campaign to pacify the South and separate it from rebellious colonies of the North. While southern loyalists welcomed the Brits, patriots began to prepare for battle.

The morning of Sunday, Feb. 14, a loyalist militia force, led by Colonel James Boyd was on its way to Augusta when three hundred and forty patriot militiamen surprised them with a sudden attack in Wilkes County, Georgia. Although the Patriot militia, led by Colonel Andrew Pickens, was outnumbered, the ambush left the loyalists unprepared for the battle that was about to ensue.

Pickens advanced on the unsuspecting British camp, while Colonel John Dooly flanked the right of the creek and Lieutenant Colonel Elijah Clarke flanked the left. Patriot scouts exchanged fire with loyalist guards, alerting Boyd into a defensive line. Boyd was then shot multiple times, causing a panicked retreat by his men and driving the Tories from their defensive positions. It was at this time Dooly and Clarke surrounded the disorganized survivors.

In the end it was a small but significant victory for the American cause. It showed the determination of southern patriots and reminded loyalist forces that they were not safe far from British bases.