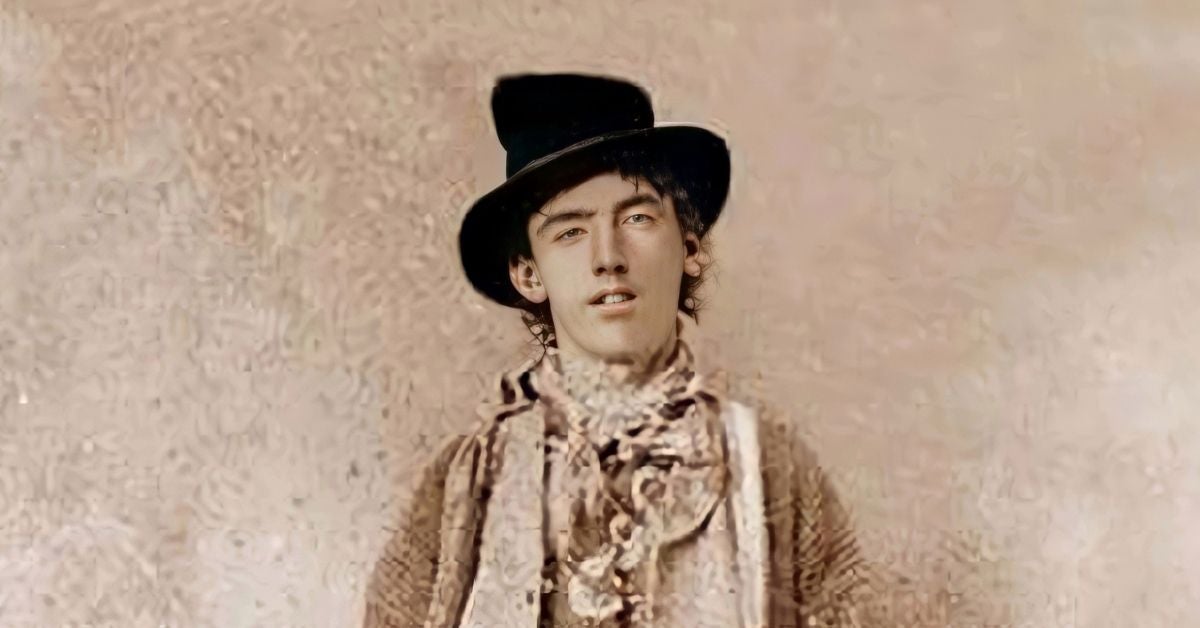 Yes you read that right — $2 million is the starting bid — STARTING — for the gun that killed famous outlaw Billy the Kid, AKA William H. Bonney, AKA Henry McCarty, his given name. Billy the Kid is known for his transgressions in the American Southwest, and his seemingly ability to avoid capture. He is perhaps the most famous Western outlaw from the late 1800s, and lives on today in books and films alike.

From 1875, the orphan was frequently chastised for stealing, later robbing locations and killing multiple men, including two police officers during his escape from a New Mexico jail. The crime was written about in newspapers across the country, even as far east as New York City. This made Billy the Kid a household name, in addition to his famous killings.

In 1881, at 21 years old, Billy the Kid was shot by a local sheriff, perishing during yet another flee from law enforcement. In total, he escaped at least three times. That same gun that did the deed will soon go up for sale.

The same outlaw who, was sentenced by a judge to hang until “you are dead, dead, dead.” Which supposedly caused Billy to respond “And you can go to hell, hell, hell.”

We’ll admit it, the kid had spunk. Standing at just 5’7” in total, he was rumored to have killed at least eight men, have been on the run from police for months at a time, and have a gang of loyal followers. In fact, the gun that eventually killed him belonged to one of his own crew. It was confiscated by a New Mexico Sheriff, Pat Garrett before he fatally shot Billy in the chest.

He has since been the subject of countless Western books and films, often winning over audiences with his charismatic personality; he’s often portrayed as a hero. In fact, his charms were so well-known that rumors state he was never actually killed by Sheriff Pat Garrett, but had befriended him. Despite Garrett’s report of Billy’s death, many say Garrett allowed him to escape, fabricating the story of his shooting. In later years, at least two men made convincing arguments that they were in fact, a grown-up — and very much alive — Billy the Kid.

Garrett captured Billy when he was visiting his friend, Pete Maxwell, in Fort Sumner, New Mexico. This fact further fueled rumors, showing Garrett could have been corresponding with outlaws prior to his capture of Billy the Kid.

The gun is a single-action Army revolver. The six-shot style of gun was standard use for soldiers until 1892.

Taking place on August 27, with experts predicting it will draw more than $3 million. It comes from a large collection of Western firearms, collected by a Texas couple over multiple decades. The gun was purchased in 2008 for $64,350. The auction will be held by Bonhams in Los Angeles, California.