This daring ruse turned the tide of the American Revolution 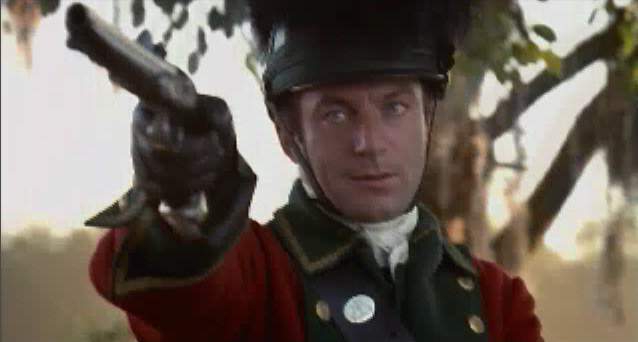 The success of the American Revolution was far from certain in the early months of 1781. The patriots managed to gain French support and survived five years of fighting yet had still not been able to win a decisive victory.

But after a fake retreat baited a ruthless British commander into a bloody ambush, the tide slowly began to turn in the Americans’ favor and eventually led to the Crown’s defeat later that year.

In March 1780, the British invaded South Carolina and captured Charleston. When the crown won a lopsided victory at the Battle of Camden, it strengthened their hold on the southern colonies and routed the Continental Army in the south.

The next January, Tarleton learned of Morgan’s presence and began a pursuit. Morgan began retreating north to avoid being caught between Tarleton’s and Cornwallis’ forces. Flooded rivers slowed his progress. Morgan decided to stand and fight Tarleton rather than get caught attempting to cross a river.

Although Morgan had a formidable force of over 1,000 men, Tarleton did as well. Unfortunately for Morgan, the majority of his force consisted of colonial militiamen, untested in battle. Morgan’s “green” militia had a tendency to break and run at the first hint of a real fight. Morgan knew it. Tarleton knew it. But Gen. Morgan was a clever chap.

He decided to use the untested militia as bait to draw Tarleton into a trap. Morgan devised an ingenious, if unorthodox, tactical plan. The Cowpens, a flat grazing area in backcountry South Carolina would be the place to make his stand. He used three lines of men to oppose Tarleton’s advance.

The first consisted of sharpshooters to harass the British and pick off officers. The sharpshooters would then fall back to the second line, made up of militiamen. The militia would fire off two volleys before feigning a rout and retreating to the third line. Morgan wanted the British to assume they defeated an untrained militia force and charge forward. Instead of finding a fleeing militia they would meet Lt. Col. John Howard’s colonial regulars holding the third line. In reserve, Morgan had a small force of Continental cavalry.

At dawn on January 17, Tarleton arrived at Cowpens and advanced on Morgan. Tarleton’s arrogance played right into Morgan’s trap. Although slightly outnumbered, the British had more cavalry, regular infantry, and artillery – which the colonials lacked.

The British launched a frontal assault with infantry in the center and dragoons on the flanks. As they advanced, patriot sharpshooters hit the dragoons hard, taking out numerous officers and disorganizing their advance. They fell back to the second line to join the militia, as planned. When the Redcoats pressed the attack, militia fired off two volleys then began their false retreat. That’s when the British cavalry unexpectedly charged, sending the militia into a real retreat. They flew past the third line where they were supposed to reform.

The Continental cavalry, led by  Lt. Col. William Washington (cousin of  George Washington) came out of nowhere on the British right flank and dispersed their cavalry. The remaining British were still lured into the trap by the retreating militia and engaged the Colonial regulars.

Sensing victory, Tarleton committed his reserve infantry. When Lt. Col. Howard gave ordered his men to face the British reserve, a miscommunication sent them into retreat. Morgan, seeing this, quickly rode and turned the men around. They turned and fired a near point-blank volley into the advancing British infantry. It was the same trick the Americans were using in the center and it worked like a charm.

The rebels then surged into the demoralized British from all directions. As Morgan’s third line rushed forward with bayonets, the cavalry attacked from the right flank while the once-retreating militia reformed and hit the left. Many British soldiers surrendered on the spot. The rest fled.

Tarleton attempted to rally his men. He was met by Lt. Col. Washington who engaged him in hand-to-hand combat. Washington narrowly avoided being killed when his trumpeter appeared in time to dispatch a charging Redcoat. Tarleton escaped with what remained of his force.

The battle lasted one hour but was a decisive victory for the Americans. The British lost over 100 killed, over 200 wounded, and over 500 captured along with two cannons. The Americans lost 12 killed and 60 wounded.

Cornwallis, fed up with the Americans, marched to meet them himself. He won a pyrrhic victory at Guilford Courthouse before seeking refuge at Yorktown. Gen. Washington laid siege to Yorktown and received the British surrender there on October 18, 1781.