Today in military history: The American Revolution begins - We Are The Mighty 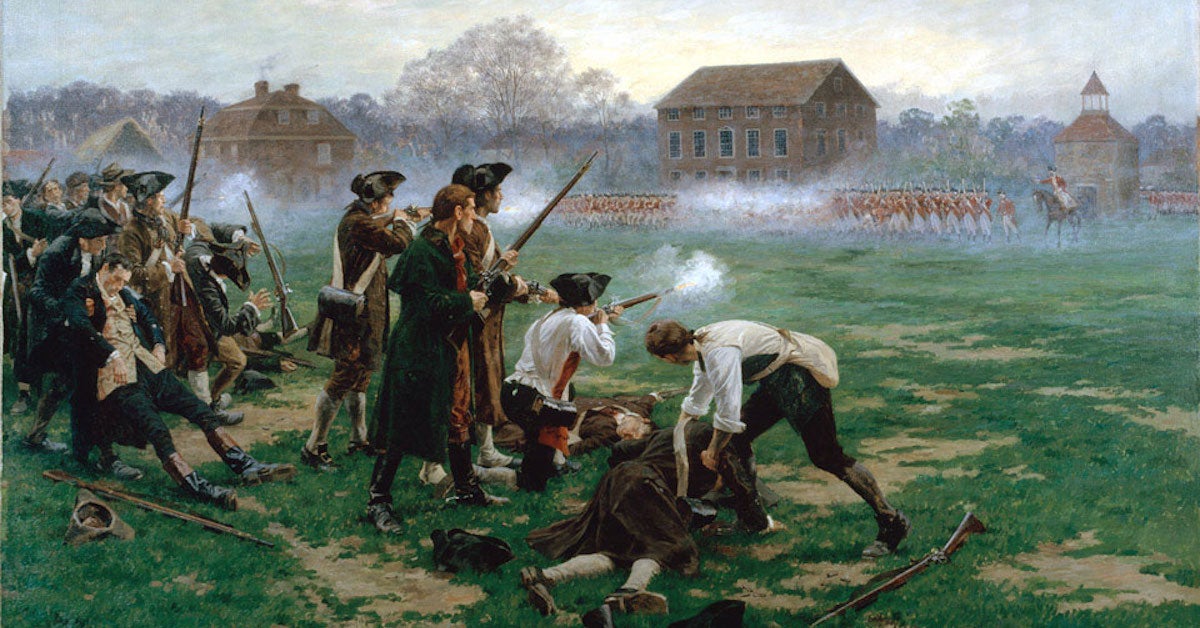 The very first confrontation in the war for independence began with an early morning-hour standoff in Lexington. Seven hundred British soldiers had orders to confiscate a large cache of firearms and arrest Patriot leaders. They were greeted by a local militia who had no intention of handing them over.

At some point, a shot was fired from an unknown gun, triggering an exchange of fire.

The local militia at Lexington didn’t fare too well, suffering nine dead or fatally wounded at the hands of British soldiers.

But the alarm had been sent, and another British column at Concord Bridge found themselves in a much worse situation. This time, the militia was ready. In their first volley, they killed a number of British officers and sergeants. The exchange of fire ended soon after, and British troops paused to eat lunch. You know, like you do. The pause gave more militia time to arrive – and soon over 1,000 militia were in the field.

The British force soon came under some harassing fire. After a rear detachment of British troops fired in the general direction of the militia, the militia returned fire, this time with deadly effect.

By the time the day was over, the British had suffered 73 dead, 174 wounded and 53 missing. The militia’s hit and run tactics left them with far fewer casualties: 49 dead, 39 wounded and five missing.

So began the Revolutionary War – which would last six and a half years. To this day, nobody knows who fired that first shot.

Featured Image: The Battle of Lexington by William Barnes Wollen, 1910. (From the collection of the National Army Museum).