Today in military history: Confederates score victory in Battle of Cross Keys - We Are The Mighty 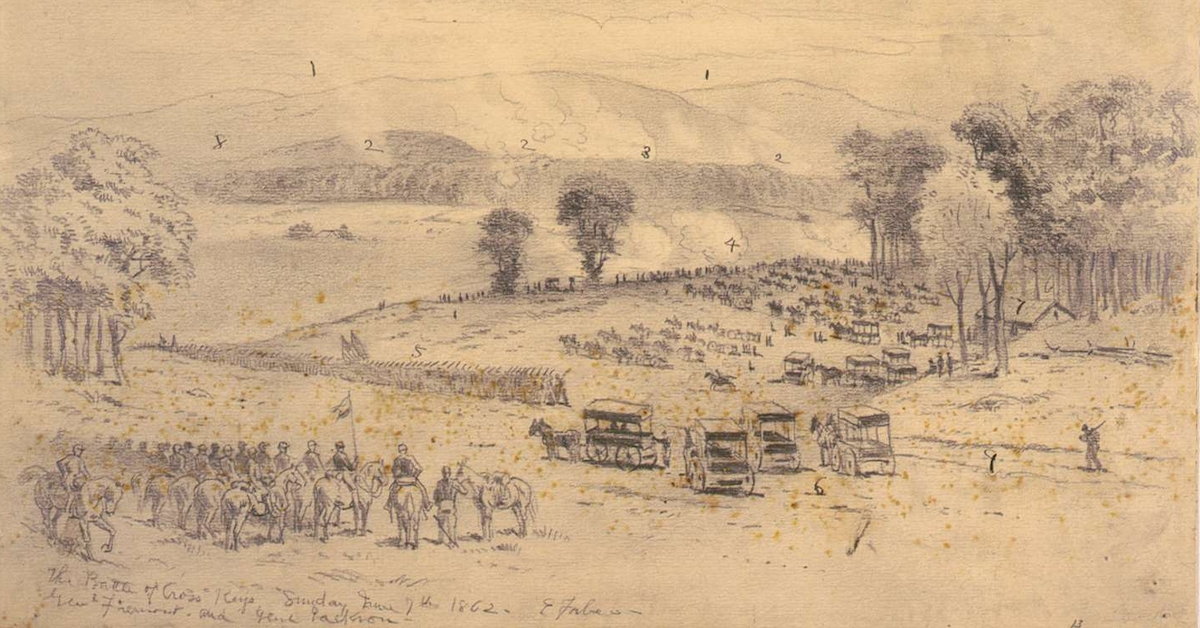 On June 8, 1862, General Stonewall Jackson scored a victory for the Confederates in the Battle of Cross Keys.

The fertile farmland of the Shenandoah Valley was vital to the food supply chain of the Confederate army. It was also a strategic launch point for invasions into the North as the valley created a path between the Blue Ridge and the Allegheny Mountains.

Fearing an invasion from the Shenandoah valley, two Union Armies descended on Jackson’s forces. Despite the overwhelming odds, Jackson led the Union army on a chase through the valley, and eventually forced the Union troops to withdraw.

Casualties were relatively light considering the size of both armies, and Jackson scored another victory the following day at the Battle of Port Republic. The back-to-back Confederate victories were decisive for Jackson’s Valley Campaign, allowing him to reinforce General Robert E. Lee in the wake of the retreating Union forces.

557 Union soldiers were killed and wounded, with another 100 captured, while the Confederates lost 300 men. The bloody war continued for two more years.