Today in military history: D-Day — Allies land in Normandy - We Are The Mighty 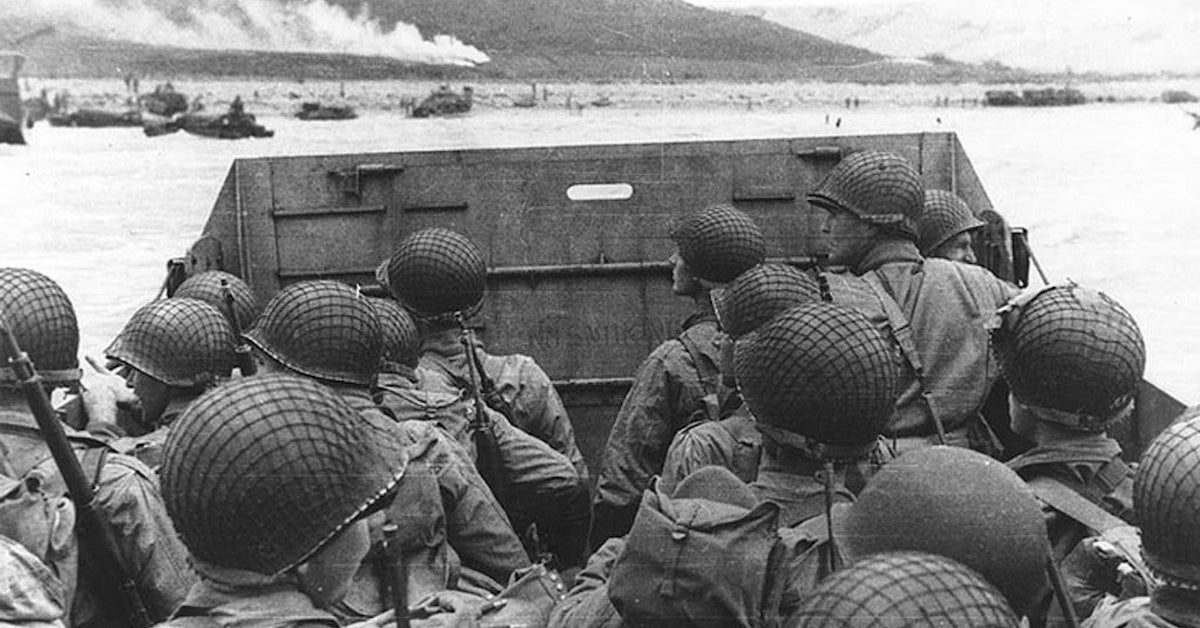 On June 6, 1944, the Allies invaded Normandy, France, in the largest amphibious assault in history, also known as D-Day.

By then, Europe had been largely controlled by Nazi Germany for four long years. Operation Overlord, as the invasion was known, included 5,000 ships, 11,000 airplanes, and 150,000 Allied troops as they hit five beaches in a synchronized attack across the English channel.

American battalions suffered crippling losses during the Normandy invasion, but the story of A Company, 1st Battalion, 116th Infantry is especially devastating. Tasked with capturing a road that led to the small French village of Vierville, things began to go wrong for the company before it even reached the shore. Rough seas left the men dazed and sea sick. Heavy clouds blocked the view of U.S. bombers, stopping them from taking out the German gunners that waited for the company in the Dog Green Sector of Omaha Beach. When company A finally did run aground, it was overwhelmed by German mortar, artillery and machine gun fire. In under 20 minutes, 60 percent of the company’s men — many of whom had never seen battle before — were dead or wounded.

German forces were greatly outnumbered at Normandy, largely because the details of where the Allied invasion would take place was kept under lock and key until the moment troops hit the beaches on June 6th, 1944. A double agent working for the allies also gave the Germans false information about where the operation would occur, leaving the real locations with little German defense in place. It’s estimated that there were 175,000 allied troops on the beaches that day compared to a measly 10,000 Germans. Which begs the question: Why didn’t Germany just order reinforcements to those locations? Apparently, it was because Hitler was asleep! German officers were too afraid to wake up the Fuhrer, and too scared to send more troops without his permission.

The Allied advance failed to achieve its inland objectives that first day, but the amazing sacrifice by thousands of men had cracked the Atlantic Wall, dooming Hitler and the Third Reich. Still, another year of heavy fighting loomed between the beaches and Berlin.