Today in military history: Wilson asks Congress to declare war - We Are The Mighty 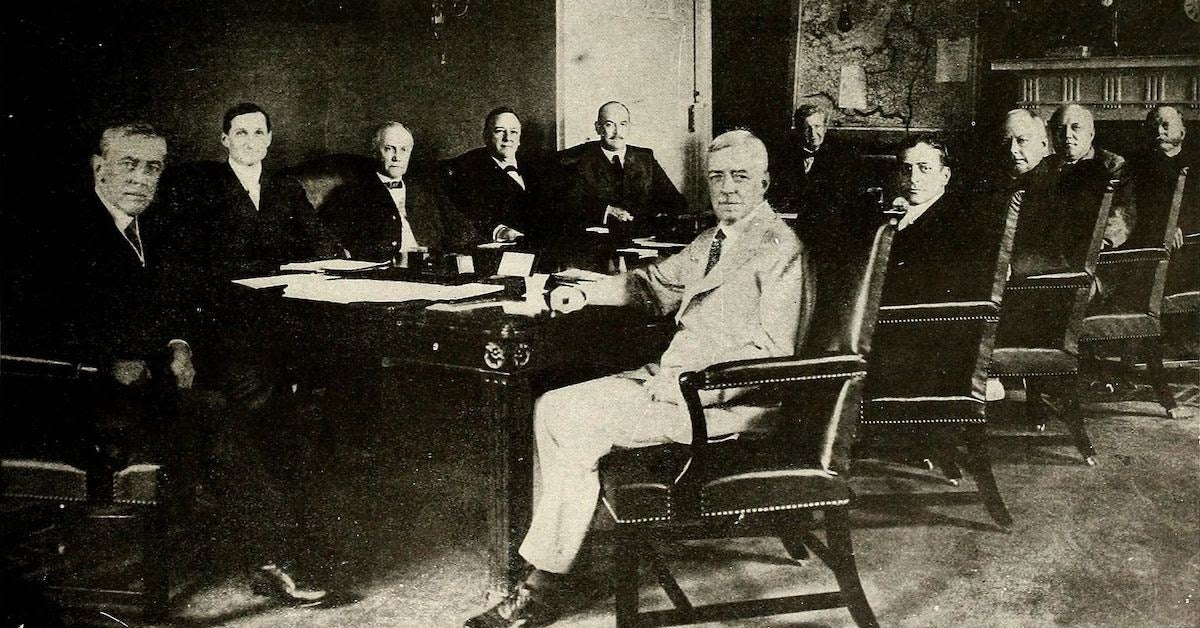 Featured Image: President Woodrow Wilson and his war cabinet. (G. V. Buck, from U. & U.).

In 1917, President Woodrow Wilson asked Congress to declare war on Germany, bringing the United States into the first World War.

America had been committed to neutrality in the ‘Great War,’ but tensions between the United States and Germany were already high by 1917. At the start of the war, German U-Boats were aggressively attacking shipping vessels. In 1915, a U-Boat sank the British luxury liner Lusitania, killing 1,198 civilians — including 128 Americans.

Germany knew that American industrial might and manpower would tip the scales for the Allied powers, so they backed off on their attacks after sinking the Lusitania. But in 1917 they resumed their provocation, hoping to break the stalemate on the Western Front.

President Wilson was not happy.

The German Foreign Minister then made matters worse for Germany by sending a telegram to the German Embassy in Mexico, instructing them to offer Mexico a military alliance in the event of a German-American war. The British intercepted the telegram, and their codebreakers decrypted this piece of political dynamite.

The United States had already broken off diplomatic ties with Germany in wake of the recent submarine attacks. The telegram was publicly released on February 28, and to everyone’s surprise, the Germans openly admitted the telegram was genuine.

Over the course of that month, five American ships were sunk by German U-boats. That led President Wilson to ask Congress to declare war on Germany.

Wilson declared, “The world must be made safe for democracy.”