Today in military history: First successful use of ejection seat in emergency - We Are The Mighty

Today in military history: First successful use of ejection seat in emergency 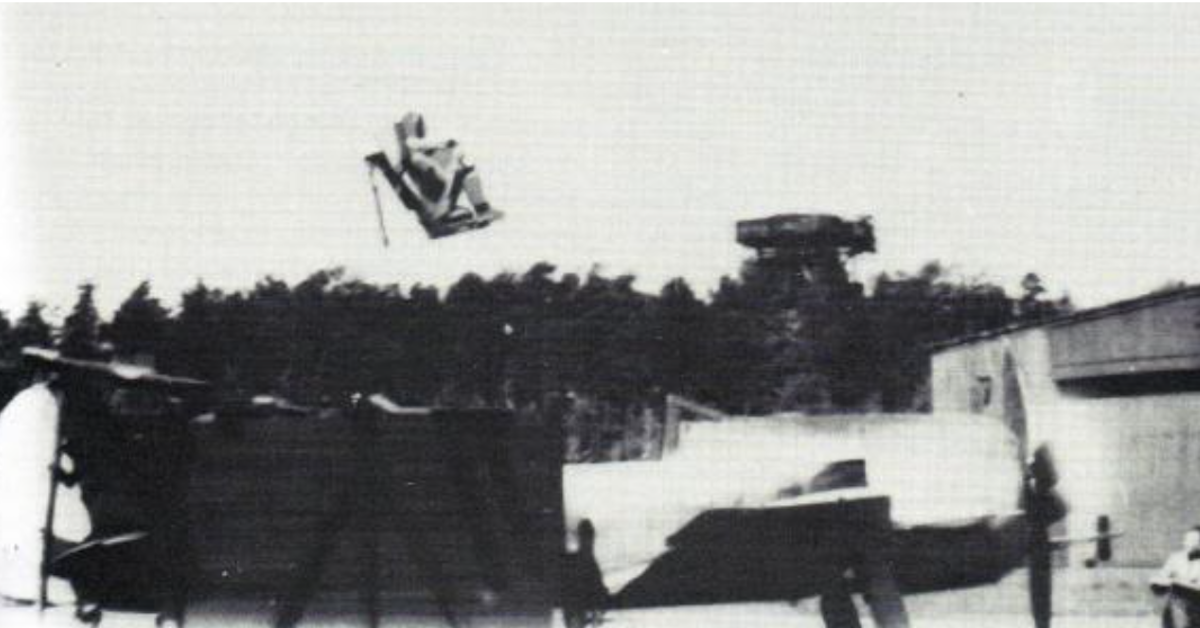 On Jan. 13, 1942, German test pilot Helmut Schenck became the first person to use an ejection seat to successfully exit his aircraft in an emergency.

Schenck was testing a Heinkel He-280 jet fighter when his plane iced up and he was forced to eject. His seat, powered by compressed gas, launched him clear of the aircraft. Another pilot had previously ejected under test conditions but Schenck was the first to do so in an emergency situation.

The first successful ejection was in 1910 and was initiated by bungee cord. In 1916, one of the inventors of a type of parachute also invented an ejection seat powered by compressed air. As the speed of planes continued to increase, the ability for a pilot to bail out with a parachute was no longer viable or safe. The solution was the ejection seat, which would be developed throughout World War II, predominantly by German engineers. By the end of World War II, approximately 60 Luftwaffe airmen ejected from their planes during combat.

The technology surrounding the ejection of any pilot is really incredible. After more than a century in the making, ejections can be made at supersonic speeds and at altitudes where there is little oxygen in the air. The canopy blows open, the air rushes in, and in one-tenth of a second, the pilot(s) are on their way to safety. The tech has come a long way since and the chances of a successful ejection are up from 50% in the 1940s. Today, most ejection seats are propelled by an explosive charge or rocket motor and can allow pilots to eject from aircraft moving faster than the speed of sound.