Today in military history: Nixon suspends military action in Vietnam - We Are The Mighty 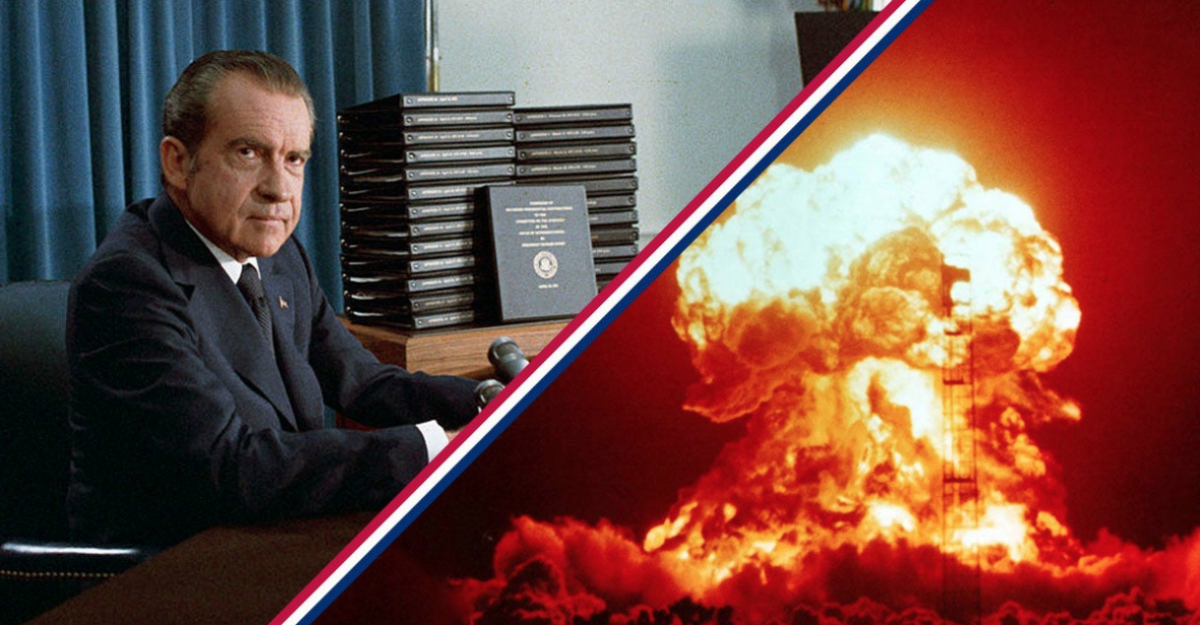 On Jan. 15, 1973, President Richard Nixon suspended military action in North Vietnam with the hope of securing a peaceful resolution.

Nixon inherited the Vietnam War from his predecessor, President Lyndon B. Johnson, but he wasn’t happy about it. He strategically withdrew troops while launching aggressive bombing attacks against the communists. He reduced American troop strength by eighty-three percent and continued to launch a massive show-of-force against North Vietnam; but what he wanted was a negotiated peace settlement.

He embarked on a “Madman” campaign, aggressively attacking the enemy with the intent of intimidating the north into believing that Nixon had reached a point where he was willing to do anything — even use nuclear weapons.

“I want the North Vietnamese to believe I’ve reached the point where I might do anything to stop the war,” Nixon told his Chief of Staff. “We’ll just slip the word to them that, ‘for God’s sake, you know Nixon is obsessed about communism. We can’t restrain him when he’s angry — and he has his hand on the nuclear button’ and Ho Chi Minh himself will be in Paris in two days begging for peace.”

After a brutal bombing campaign over Christmas in 1972, the next month Nixon suspended military action to allow Secretary of State Henry Kissinger to secure a peace agreement with the North Vietnamese leader Le Duc Tho. While the United States did secure a formal agreement for withdrawal, the war between North and South Vietnam would continue for two more years.