Today in military history: First airplane takes flight - We Are The Mighty 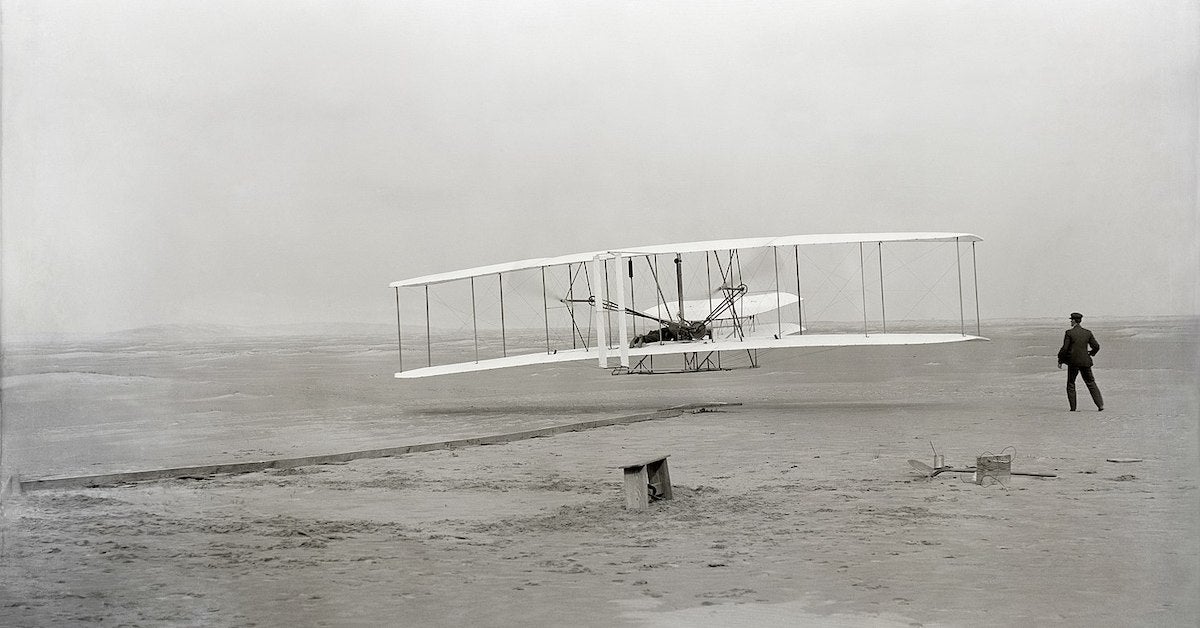 On Dec. 17, 1903, Wilbur and Orville Wright made the first successful flight in history on a self-propelled aircraft.

After years of tests and engineering designs, the Wright brothers were ready to test their aircraft. They transported it in pieces to Kitty Hawk, North Carolina, a perfect location with steady winds and soft sandy dunes. On Dec. 14, after tossing a coin to determine who would make the first attempt, Wilbur climbed into the pilot’s position, but the flyer stalled before takeoff and crashed.

The brothers weren’t to be deterred. They spent three days making repairs and tried again. On the morning of Dec. 17, Orville ran the aircraft down a monorail track and successfully took off, staying aloft for 12 seconds and covering 120 feet. The brothers made three more tests that day, alternately flying the plane. Wilbur’s final flight lasted 59 seconds and covered 852 feet, definitively demonstrating that the Wright Flyer was capable of sustained flight.

In 1908, the Wright Brothers were contracted by the U.S. Army to conduct first-ever military flight trials at Fort Meyer just outside of Washington, DC.  Wilbur had a business commitment in Europe, so Orville had to do the Army flights by himself, the first time the brothers worked separately since their historic flight at Kitty Hawk in 1903.

Less than a decade later, aircraft would be used to light up the skies in World War I.

The modern aviation age had begun.