Today in military history: Texas Revolution begins with Battle of Gonzales - We Are The Mighty 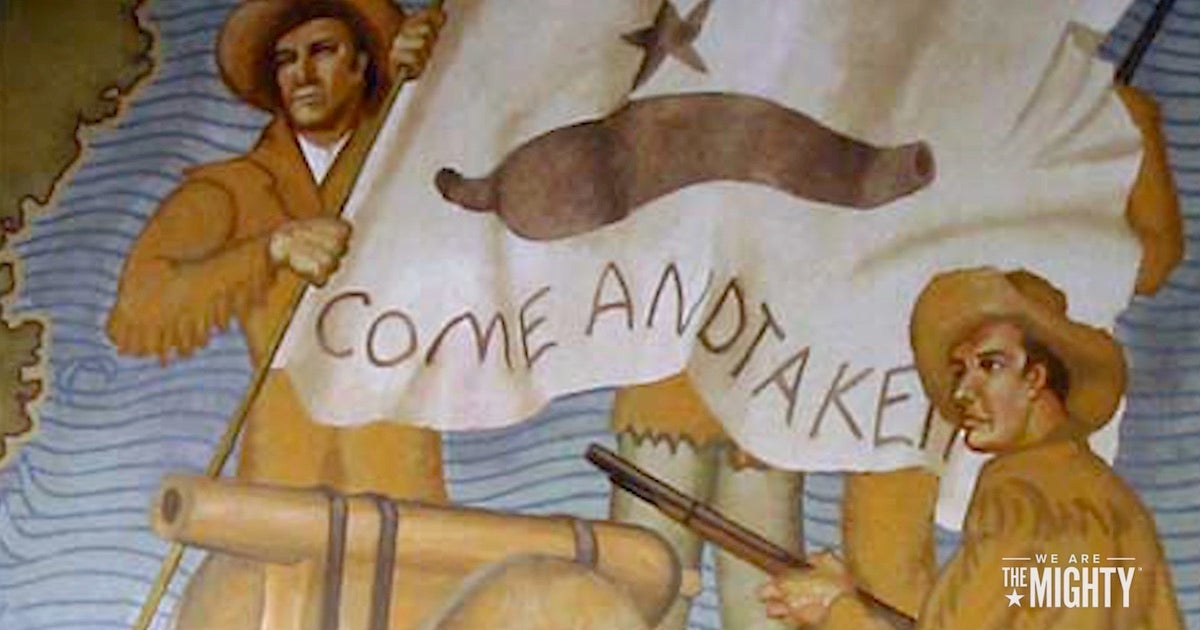 On Oct. 2, 1835, the Texas Revolution began with the Battle of Gonzales.

After Mexico won its independence from Spain in 1821, the Mexicans welcomed thousands of American settlers to its territory, especially in Texas. Once settled, pioneers like Stephen Austin were legally Mexican citizens, though they had stronger ties to the United States.

When Antonio Lopez de Santa Anna declared himself dictator of Mexico in 1835, he demanded the disarming of Texans to prevent them from seceding from Mexico. This, however, backfired in the small village of Gonzales, where militiamen resisted Mexican soldiers and started the Texas war of independence.

Turns out trying to take guns away from Texans upsets them.

Santa Anna was the prime mover of 19th century Mexico’s socio-political agenda — the man who would shape its fate as a nation independent of Spain.

Gonzales was just one tiny frontier town in the vast sweep of Mexico’s northern territories, populated largely by settlers from the United States. And the skirmish that occurred there, hardly deserving of even that wimpy designation, was really more of a loud, multi-day argument over possession of Gonzales’ single, miniscule 6-pound cannon in which the Texians were the aggressors and the Mexican army tried quite hard to avoid an actual battle.

The rebels declared themselves the Republic of Texas the following year and conflicts continued over the territory until the end of the Mexican-American War in 1848, when Mexico finally recognized U.S. sovereignty over Texas and other territories.