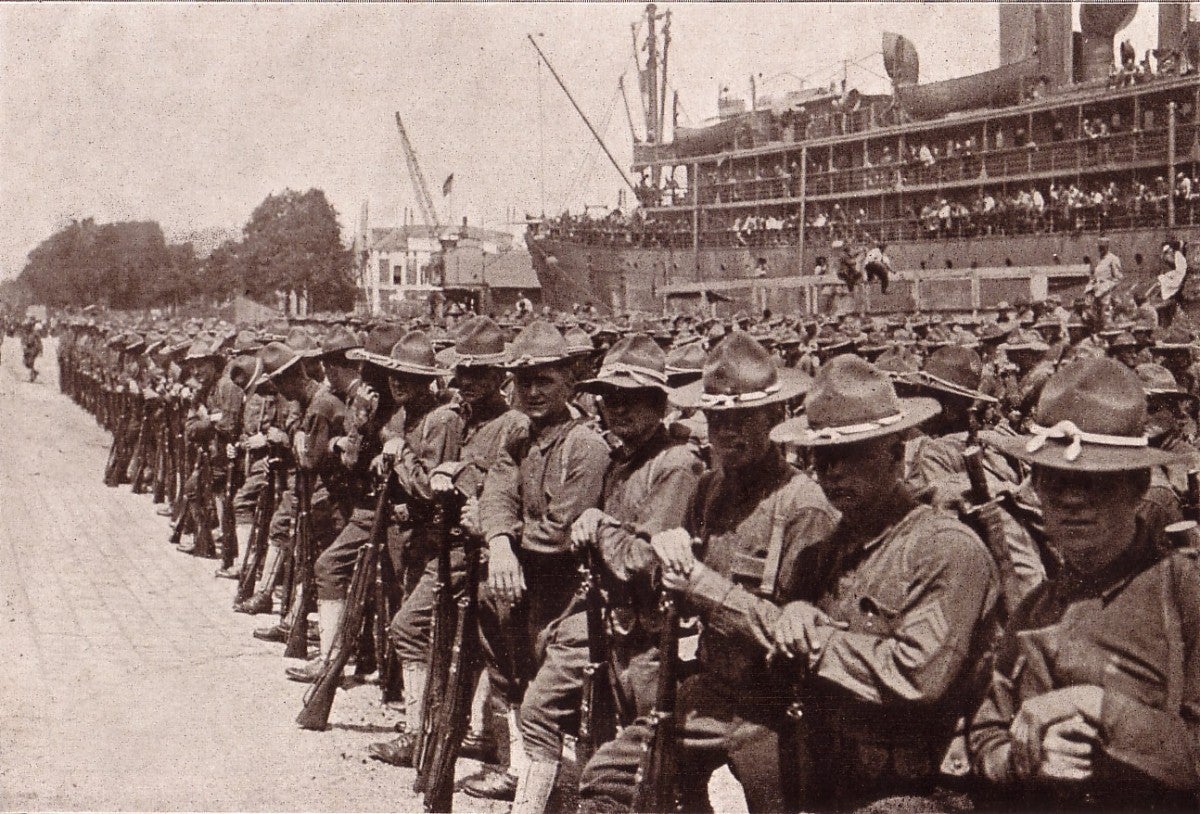 American intelligence wasn’t particularly developed around the time of World War I. In fact, Americans, especially President Woodrow Wilson, didn’t much care for the idea of American spies.

As the war raged on in Europe, the positive results of intelligence activities conducted by the British began to change people’s minds. In fact, British intelligence collecting the Zimmerman Telegram helped get the U.S. into the war in the first place. The note was an offer by Germany to support Mexico in a war with the United States, should the U.S. enter World War I. The British intercepted the note and published it for the world to see.

After the war, American military intelligence officers reviewed troves of documents that detailed interrogations and intercepted diplomatic cables. They compiled the opinions of German soldiers and citizens upon meeting Americans for the first time.

It was released in a 1919 report called “Candid Comment on The American Soldier of 1917-1918 and Kindred Topics by The Germans.”

The preface of the 84-page report says it contains the unedited, “unfavorable criticism” of Germans against Americans and soldiers in the American Expeditionary Forces and that “much of the comment is favorable is, therefore, significant.”

Here are the top 10 comments about the American soldier from the point of view of their German enemy:

1. Chief of Staff for General von Einem, commander of the Third German Army:

“I fought in campaigns against the Russian Army, the Serbian Army, the Roumanian Army, the British Army, the French Army, and the American Army. All told, in this war I have participated in more than 80 battles. I have found your American Army the most honorable of all our enemies. You have also been the bravest of our enemies and in fact the only ones who have attacked us seriously in this year’s battles. I therefore honor you, and, now that the war is over, I stand ready, for my part, to accept you as a friend.”

“The attitude of the American officer towards enlisted men is very different than in our army in which officers have always treated their men as cattle.”

“We shall have a look at the American: the embitterment against him is great. We should have been relieved, but now the American Division has been identified and therefore our Army General Staff has selected the best of our divisions for use against it.”

“The Americans have a reputation for irresistible courage.”

“One of the captured officers was profoundly impressed by the manner in which the Americans fight. He speaks of their valor, their energy and their scorn of danger. “We shall be obliged to take into account troops which are so well-armed and infused with such a spirit.”

“The troops recently arrived in Alsace were strongly impressed by the good showing of Americans under fire. They mention occurrences in a battle in which they took part, where groups of American soldiers were killed to the last man rather than surrender. Most of the men are still completely dumbfounded. The declare that all is lost.”

“We have seen numerous French, Italian and British prisoners, but no Americans. The Germans fear the Americans more than any other enemy forces on the front.”

“The soldiers were against the Rainbow Division near Verdun and said they don’t want any more such fighting as they encountered there. The Americans were always advancing and acted more like wild men than soldiers.”

“The Germans have nothing but words of praise for the manner in which American soldiers fight. Admiring their nerve and courage. Their way of advancing greatly discouraged the Germans. The American way of making drives also disheartened them considerably as they were followed up in such quick succession that no opportunity was given to the German to make a quick stand and to dig in and fortify themselves.”

“No one can tell me now that they [the Americans] are green and untrained boys, for I know better.”