4 of the most hardcore World War I shock troops 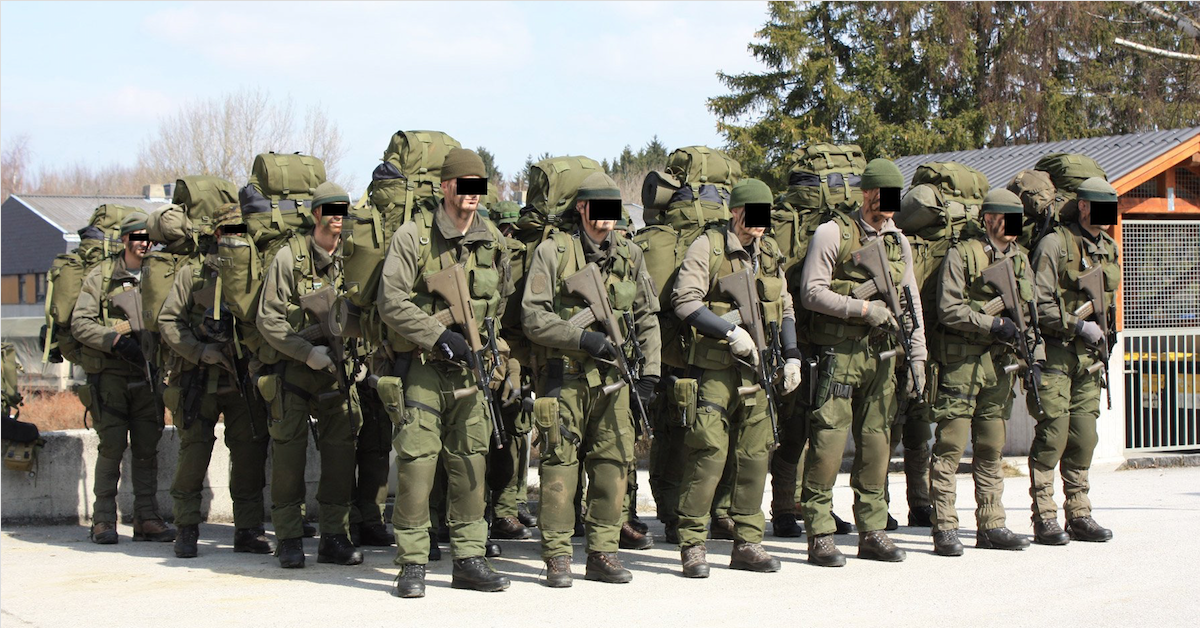 Shock troops are designed to lead an attack from the front with the goal of inflicting heavy enemy casualties and severely damaging defenses. When the dynamic of the battlefield changed with the Great War, it brought with it measures to break the stalemate of trench warfare.

With the need to find a way to gain ground during World War I, military leaders around the world were struggling with the new battlefield, not yet experienced to the scale or intensity that was introduced. After analyzing what the combat troops were experiencing, the concept for the shock troop was born.

Here are a few of those who really left their mark in history.

“The Daring Ones” were Italy’s response to a deeply entrenched enemy. Initially made up of volunteers and later by men who were recommended by their superior officers, they were among the bravest, most physically fit, and best hand-to-hand fighters in the Italian army during that time. Needless to say, they were not the type of soldiers you would want to see coming for you. Here’s why:

Most of them didn’t even carry rifles — they considered them to be too bulky to use in the trenches and usually opted to use daggers. What they would do is advance under the cover of an accurate artillery barrage and, once it lifted, they would flood the trenches to stab the enemy in the face. The goal wasn’t just to assault their positions with the goal of gaining ground but to overrun and destroy them.

The job was so dangerous that an Arditi soldier would get paid three times the rate of the average Italian soldier. Which isn’t bad considering they suffered 25-30% casualties in almost every attack. They were so dope their logo was a skull with a dagger clenched between it’s teeth and their motto was, “O la vittoria, o tutti accoppati,” which roughly translates to, “We either win, or we all die.”

Easily the most famous of World War I era shock troops, and for a good reason. The German ‘Sturmbattalions’ were famous for their aggressive fighting style and decentralized command. These units made it easier for the German Army to break through enemy defenses and reap their souls since most forces weren’t prepared for an all-out assault when it hit them.

The use of these shock troops was so impressive and so effective that they were not only used during World War II but they also influenced tactics of other shock troops to include the Austro-Hungarian Jagdkommandos.

Their emphasis on decentralized command allowed junior leaders to make more of their own choices on the battlefield, which is a concept heavily employed and focused on in U.S. Marine Corps infantry units.

Despite Germany’s defeat in the war, it would be ridiculous not to recognize their tactics as well-planned and highly effective.

Adopted by Austria-Hungary from a Russian concept, the Jagdkommandos or, “hunting commandos,” were initially used as scouting units. Developed well before the outbreak of the Great War, Austria-Hungary wasn’t really sure how to employ them until they started getting their asses kicked by the Italians and Russians during the war.

They were under-equipped and under-trained until Russia nearly destroyed the Austro-Hungarian army. But, after the leadership recognized the need to have pipe hitting shock troops, they rose one full battalion and trained an additional 7,700 in close-quarters combat.

After they managed to kick some serious Italian ass, they were able to get their hands on good equipment and weapons which allowed them to succeed in plenty of subsequent battles until they were finally defeated during a summer offensive by the Italian defenses, which had vastly improved through heavy loss.

Following the loss of the war and collapse of the Austria-Hungary empire, the Jagdkommandos disappeared until 1962, when Austria named their Special Forces after them.

Though the U.S. Marine Corps Infantry existed long before the first World War, their aggressive tactics and fighting spirit gained their modern reputation during the war as “shock troops,” as the Germans classified them. In every war prior, the Marines had been notorious for sending souls to the afterlife all across the globe.

The Marine Corps earned its reputation most notably during the battle of Belleau Wood in 1918, when Marines were aggressively taking real estate from German forces, despite the employment of chemical weapons. Germans were terrified when they charged through clouds of mustard gas, describing some as having “glowing red eyes,” and having the appearance of “hounds from hell.”

Marines to this day credit the battle as the suspected origin for their beloved nickname “Devil Dogs” and live up to their notoriously bad ass reputation they earned during the first World War.