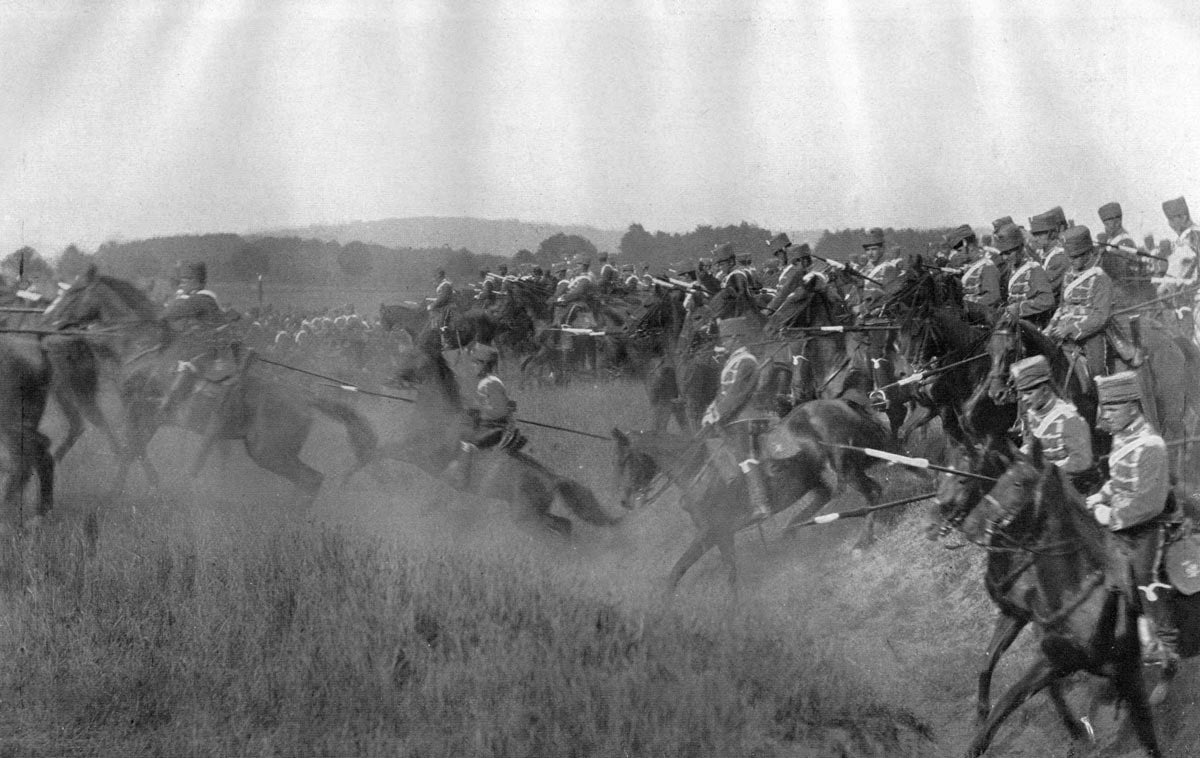 German Army hussars on the attack during maneuvers. (Wikimedia Commons).

Stephan Westmann was a German physicist who studied and taught at the University of Berlin during the interwar years. When the Nazi Party rose to power in Germany in the 1930s, Westmann, a staunch opponent, fled to England with his family as a refugee.

But before the fall of the German Empire, he served in the German Army, part of the Freiburg Infantry Regiment No. 113. During his time in World War I, in which he spent a full year fighting on the Alsace-Lorraine Front against the French, he fought courageously for his country. He even earned the Iron Cross for his unit’s bold moves against French trenches.

On Aug. 25, 1915, the Germans and French in France’s Lorraine region bitterly contested the town of Baccarat and its strategic position near the Vosges Mountains. Westmann and his unit of German soldiers were there.

Westmann, who had a little bit of medical training before joining the army, was stunned by the coldness of his fellow soldiers in how they described the way they killed their enemies in the trenches. They were taught to not think of their enemies as human beings.

“They were ordinary men like me. One of them was a tram conductor. Another was a commercial traveller. Two were students and the rest were farm workers. Ordinary people who would never have thought to do any harm to anyone.”

For Westmann, the actions made him sick to his stomach.

In 2018, the British Broadcasting Corporation aired its 100-year anniversary documentary marking the centennial of the end of World War I. As part of that special, it aired interviews with veterans of the Great War (who were long since deceased) talking about their experiences in the war.

One of those veterans was Stephan Westmann. After fleeing Nazi Germany for the United Kingdom as a refugee, he avoided being interned by the British government and opted aid the UK in its war effort against his home country. He was named a colonel in the Royal Army Medical Corps and sent to Lanarkshire, where he ran an emergency hospital.

While he spoke with a thick German accent, his English was impeccable and he was interviewed about his wartime experiences in 1963. The first time the interview aired was the following year, and the BBC rebroadcast it in their centennial special. It’s easy to see why.

“For a moment, I felt the fear of death. And in a fraction of a second, I realized he was after my life exactly as I was after his.”

Westmann describes how he met and killed a French soldier while fighting in the trenches one dark day. He also discusses how it made him feel afterward. As a result, it’s probably one of the most famous and visceral interviews of any WWI veteran ever put to film.

“I was quicker than he was. I tossed his rifle away and ran my bayonet through his chest.”

Listen to the entire interview: