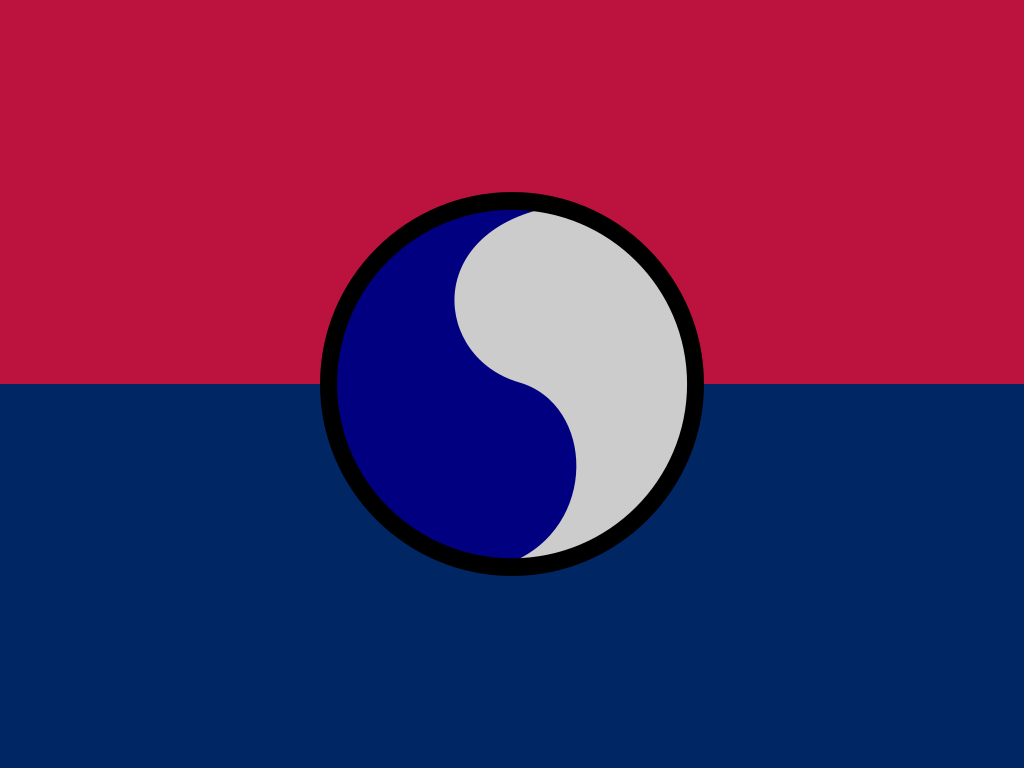 The latest target for military history with possible ties to the wrong side of the U.S. Civil War may be one of the U.S. Army’s most storied unit patches.

The blue and gray yin and yang of the 29th Infantry Division is in the crosshairs of the Naming Commission, the group assigned by Congressional leaders to sniff out Confederate meaning in the modern-day military.

The commission’s primary goal is renaming 10 military bases named for former Confederate leaders, but it can retire anything with rebel references still in the U.S. military, which could mean bad news for the 29th Infantry Division’s Yin-Yang patch.

Although the 29th Infantry Division itself was created during World War I, today, it’s a National Guard unit, composed of units from the mid-Atlantic states, including Virginia, Maryland, Kentucky, North Carolina and West Virginia. Its unit patch is a blue-and-gray yin-yang symbol that ties in with its nickname, “the Blue and Gray Division.”

The nickname comes because elements of the large infantry division fought for both sides of the Civil War. The unit’s 116th Infantry Brigade Combat Team is known as the “Stonewall Brigade,” after Gen. Thomas J. “Stonewall” Jackson, who fought for the Confederacy.

It remained inactive for much of the Cold War, but saw action in the Balkans in the 1990s, participated in the wars in Iraq and Afghanistan and is still fighting ISIS in Syria today. The 29th is set for a major deployment to Africa next year as the Global War on Terror refocuses its efforts there.

The 29th Infantry Division is not going to let its storied historical unit patch go gently before the axe of the Naming Commission. Supporters insist that the patch isn’t a case of whitewashing the Confederacy, but that the gray in the “Blue and Gray Division” is more important and meaningful than trying to revive the “Lost Cause” myth.

“We are currently preparing historical documentation and letters of support to educate the Commission about the importance of 29th ID patch,” Adjutant General of the Virginia Guard, Maj. Gen. Timothy P. Williams, said in a statement. “We want them to understand what it means to the thousands of veterans who have worn the patch in service to our country, as well as how it serves as a symbol of liberation to our Allies in France.”

Being under review by the Naming Commission doesn’t mean an immediate or definite death sentence for the 29th ID patch, but it does mean the commission will have to come to a decision on its fate by October 2022. If it, like the names of Confederates attached to bases, are forced out, the DoD will have until 2024 to make the changes.