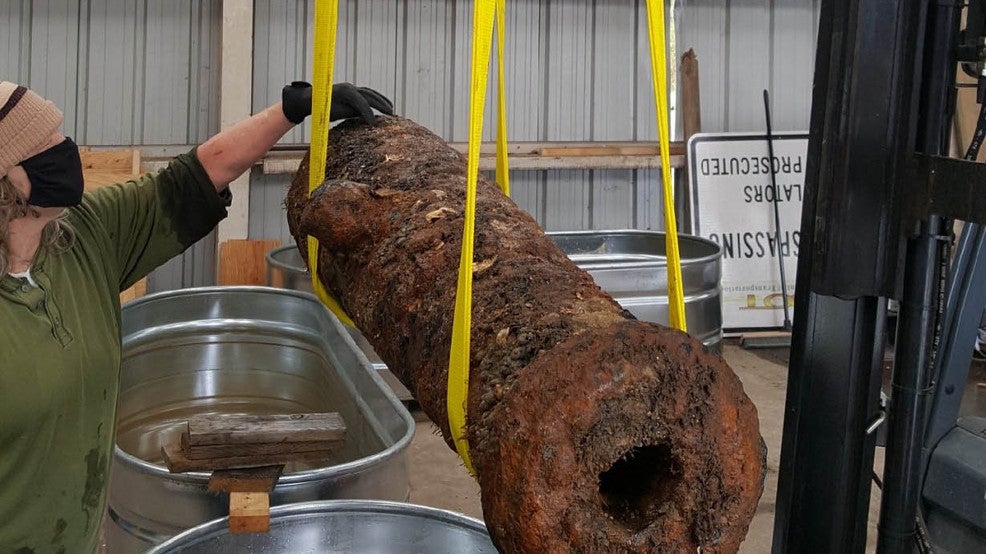 The Army Corps of Engineers was dredging the Savannah River in Georgia when a historic discovery was made. The dredging pulled up an anchor, a piece of ship timber and three old cannons. At first, they were assumed to be from the Civil War. Army archaeologists examined the artifacts with the help of the British Royal Navy to try and identify them.

The bustling coastal city of Savannah was crucial to the British effort during the Revolutionary War. The British hoped to gain the support of colonial loyalists in the American south. To do this, they occupied Savannah in 1778. However, less than a year later, the city fell under siege. In need of support, the Royal Navy dispatched the HMS Rose to relieve the beleaguered Redcoats at Savannah.

HMS Rose had already developed a reputation among American sailors. With her 20 guns and crew of 160, HMS Rose began her colonial tour intercepting smugglers around Rhode Island. She then patrolled the New York waterways and along the east coast where she clashed with Continental Navy ships before she was redeployed south.

With the patriot siege of Savannah intensifying, the French military dispatched reinforcements to sail up the river and join the colonists. In an incredible strategic decision, British commanders determined that the best way to halt the French was to scuttle HMS Rose and block the river. On September 19, 1779, the ship was sunk in the Savannah River east of where River Street runs in the city today. The ship’s sacrifice paid off for the British who broke the siege and retained control of Savannah for the majority of the war.

The five-foot-long cannons that were dredged up were determined to be of 18th century origin and coincide with HMS Rose‘s fate. The anchor and ship timber require further investigation before any conclusions are drawn. “We are looking at whether they came from a single context, or if the anchor came from a later ship,” said Corps of Engineers district archaeologist Andrea Farmer. The Savannah District Corps of Engineers has experience temporarily preserving historical artifacts after the recovery of the CSS Georgia Civil War ironclad from the river in 2015.

It is also believed that HMS Rose may have been partially salvaged after she was scuttled. The question remains, how many more artifacts from the 18th century ship remain hidden on the riverbed? “I think it’s fantastic and interesting when artifacts from maritime history come to light,” said Cmdr. Jim Morley, the British assistant naval attaché in Washington. “It just gives us an opportunity to look back at our common maritime history and history in general.” Archaeologists and historians continue to study the recovered artifacts and search for more to uncover the stories that they hold.