This is why amphibious operations need top level operational security 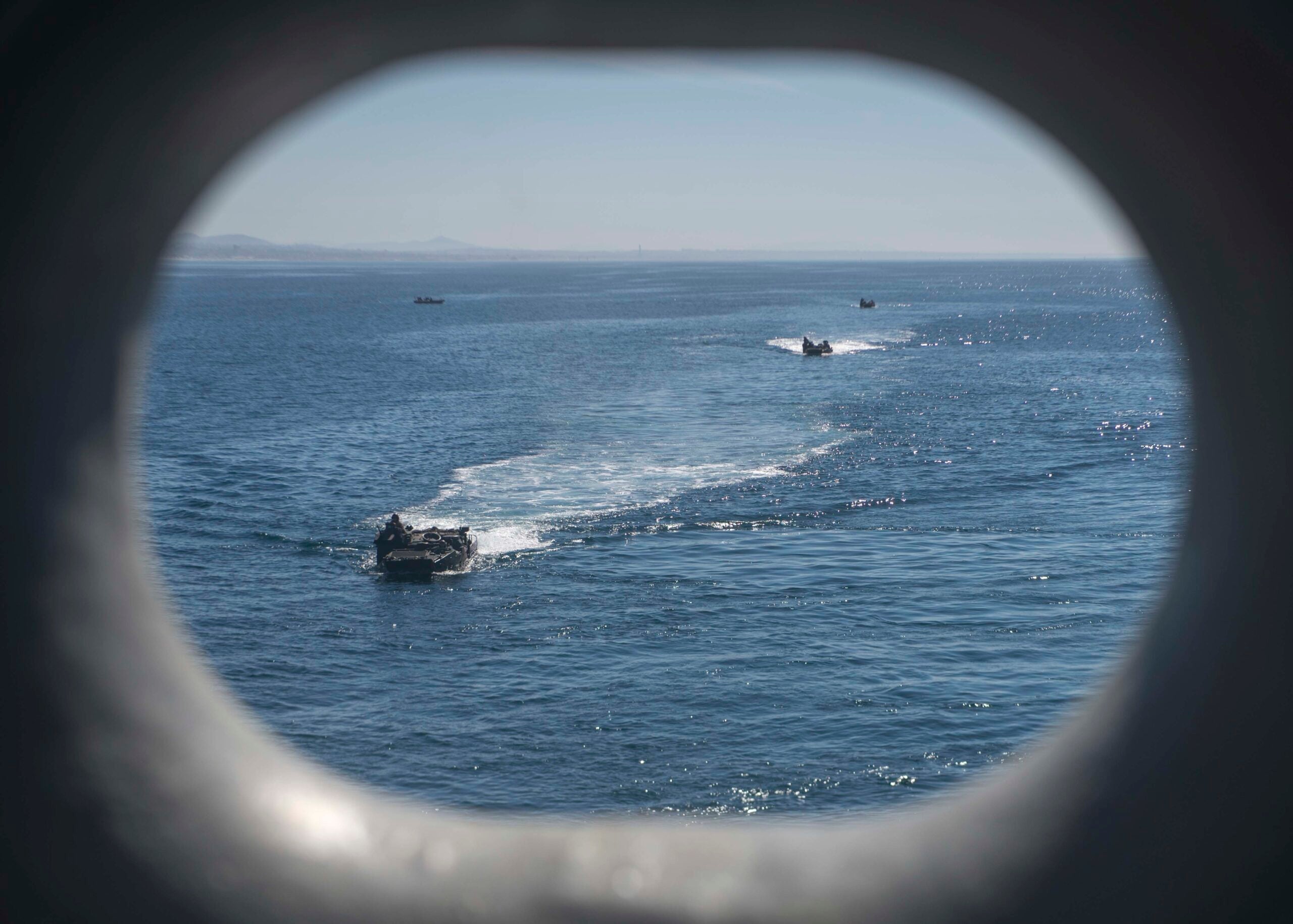 Amphibious operations are military actions in which an Amphibious Force launches a landing force into the maritime domain from the ocean. The littorals are land areas (with their nearby seas and accompanying air bases) that are particularly vulnerable to interaction and impact from the ocean and can extend well inland. Amphibious operations necessitate the potential to function on land, ocean and air. The missions need unified command and control to accomplish coordination and cooperation, enhanced efficiency, and synchronized deployment of sea command and force projection capacities.

Amphibious Forces have conducted missions as part of broader combat activities in favorable, unpredictable, and dangerous areas, and they continue to do so. The term “amphibious operation” conjures up images of waves. An amphibious attack is a mission-oriented procedure that includes a quick entry into or temporary occupancy of a target, backed by a coordinated departure. This assault technique can be used to occupy a location temporarily to protect intelligence, deceive an opponent or foe, seize troops and supplies, or disable a capability.

The Operation Relies on the Element of Surprise

The element of surprise is critical to the effectiveness of an amphibious attack, as it helps compensate for the unavailability of covering fire in establishing the target area. Diversion, subtlety, agility, cover-up and ambiguity should all be considered by commanders to maximize surprise. When the commander chooses the amphibious operations team, he must select those that are swift to facilitate the element of surprise. If this fails, then the whole mission might be in jeopardy.

As the attacking moves into Amphibious Force priorities, an amphibious assault demands a quick development of combat strength onshore, from zero capacity to fully synchronized striking capability. Combat capability is gradually moved onshore in an amphibious attack. Because of its intricacy, the operation is the most demanding sort of amphibious engagement and amongst the most challenging of all combat activities.

Everything Depends on Maneuverability

Naval maneuvers can be carried out from afar, even before the coastline is closed because the water provides numerous approaches. It entails attacking from above, striking objects on a belligerent or potentially threatening shoreline from below, and the sea during amphibious landings. It could also entail carrying out depth strikes. Modern tactical planes or other attacking technology are used ashore to modify the battlefield.

A working atmosphere combined with naval maneuvering capabilities gives the Navy the capacity to perform operational maneuvers from the waters. The capacity to traverse through the littorals is crucial to effective Amphibious Force operations. Additionally, the force must circumvent obstacles in a crowded area, get access, and transmit power onshore as required.

Avoiding or bypassing opponent capabilities and exploiting enemy vulnerabilities and holes in these fortifications is the chosen technique for Amphibious Forces working against coastal defenses. Both demand the means to collect timely information as well as analyze and transmit precise and valuable intel to commanders at all levels, allowing for conscious decision-making. This necessitates the ability to take action to seize chances and conquer or reduce problems. If the Amphibious Force cannot avoid the enemy’s capabilities, it will have to eliminate them to undertake missions in and through the littorals.

The AF’s weakness as it grows battle strength onshore necessitates the consolidation of organic resources with those of other allied and international forces owing to the difficulty of amphibious operations. All entities engaged benefit from synchronized assistance and uniformity of effort if their responsibilities, connections, objectives, and standards are clearly defined. Amphibious Operations are highly dangerous yet beneficial to the attacking side. Top-level operational security is important for the success of the Amphibious Forces.