The Soviets tried to make a flying tank during WWII 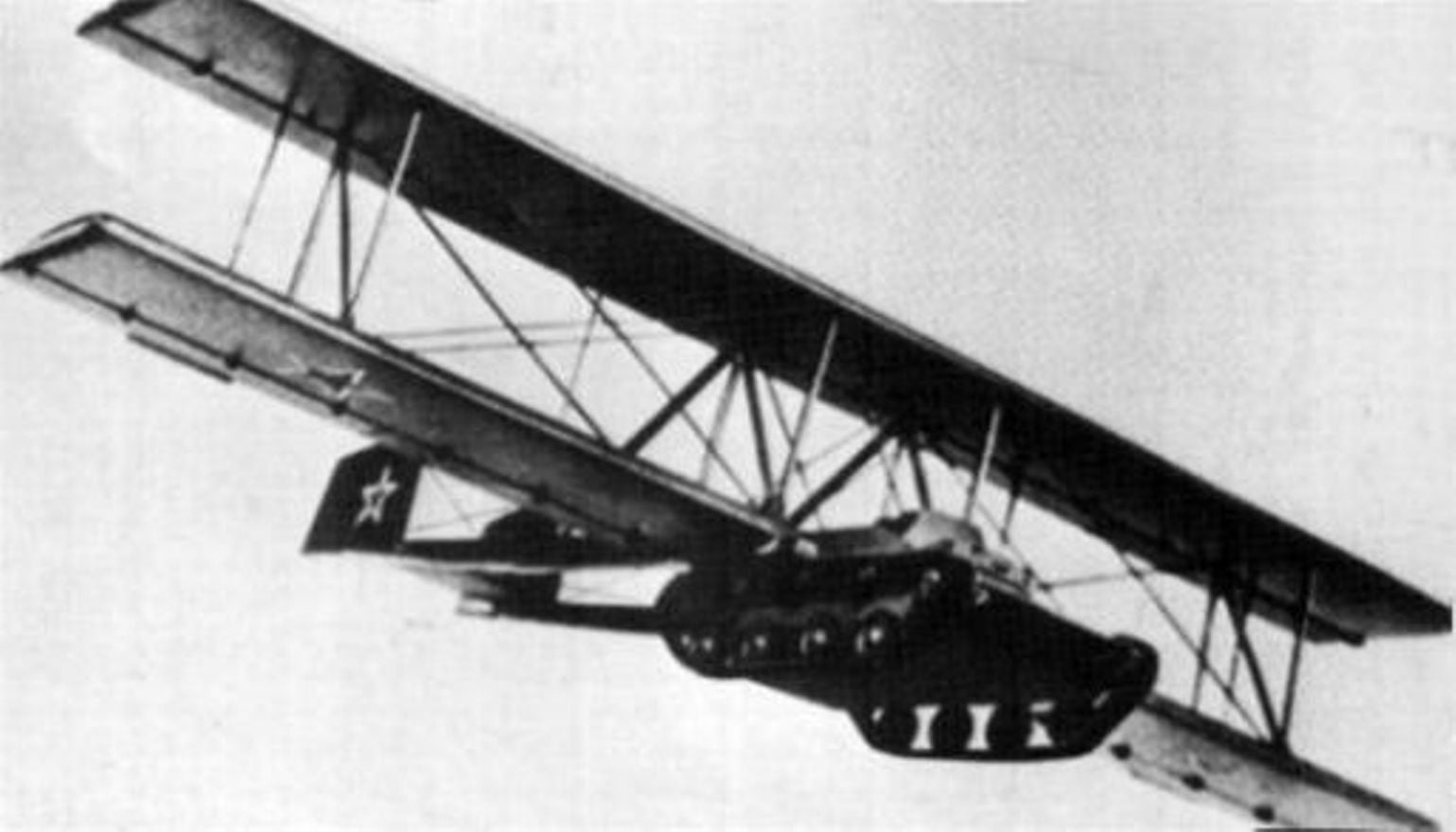 Armored units provide ground forces with protection and mobility on the battlefield but can be slow to deploy to the front. Airborne units can be quickly deployed onto the battlefield, even behind enemy lines, but are limited in the equipment they can carry. During WWII, the development of armored vehicles that could be deployed alongside airborne units was a compromise between the two concepts that the Allied nations undertook.

America and Britain developed light tanks that could be flown on gliders like the Mk VII Tetrarch and M22 Locust. While neither of these tanks were particularly effective, the Soviet Union’s airborne tank solution was downright insane. Rather than fly tanks in on gliders, the Soviets decided to put wings on a tank.

Admittedly, Soviet airborne armored designs prior to the flying tank were more conventional. One idea called for a T-27 tankette to be strapped underneath a TB-3 heavy bomber and deployed on an airfield after the bomber landed. Another concept attached parachutes to a tank so that it could be dropped from the air. However, this forced the crew to drop separately from their tank and slowed their deployment on the battlefield.

Like America and Britain, the Soviets eventually settled on the glider as the deployment method for its airborne tank. However, when the Soviet Air Force turned to famed aircraft designer Oleg Antonov, he took the idea a step further. In order to more quickly deploy a tank on the battlefield and reduce the exposure of the towing aircraft, Antonov’s glider was the tank itself.

Antonov’s design was a detachable cradle for the T-60 light scout tank. It was made of wood and fabric and utilized biplane wings with a twin tail. The flying tank would be towed behind a powered aircraft, released to glide onto the battlefield, land and jettison its wings, and be battle ready almost as soon as it hit the ground.

Most commonly referred to as the A-40, the flying tank was built in 1942 and designed to be towed by the Pe-8 or TB-3 heavy bombers. Although these were powerful aircraft, the test A-40 was stripped of its armament, ammunition, headlights, and carried very little fuel. Despite these weight-saving measures, the TB-3 was forced to ditch the A-40 during its test flight due to the tank’s drag. However, the tank reportedly glided quite smoothly.

The A-40 was piloted safely to the ground and landed in a field near the airport that it had taken off from. After jettisoning the glider assembly, the pilot became the driver and returned the tank to base. Although the test was technically a success, the fact that the A-40 was too much of an aerodynamic drag for even the powerful TB-3 led to the project’s cancelation. Only one T-60 was ever fitted with the glider device and it was tested just once.