Law enforcement heroes that succeeded due to their military experience

Watch: 5 law enforcement heroes who succeeded due to their military experience 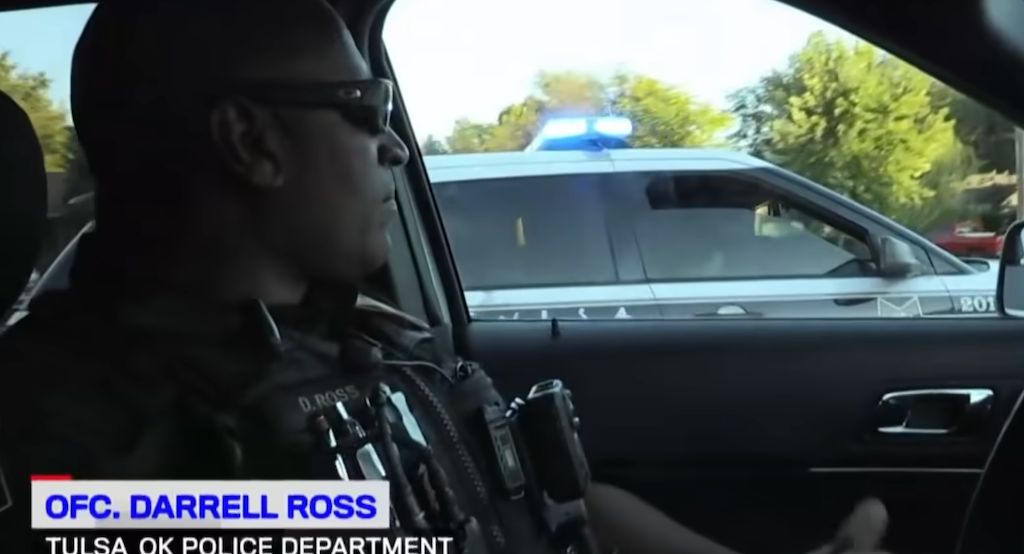 A career in law enforcement is often a dangerous and thankless job. Yet, for many veterans, the call to serve our nation goes beyond the camouflage uniform. Law enforcement officers – also known as LEOs – are not always very popular with the public. However, the experience veterans bring to the table of being able to keep calm under pressure and de-escalate life threatening situations is invaluable.

Now, more than ever, America needs good cops to restore the trust of the people. The major pain point of today, in my opinion, is that the public feels betrayed because officers are entrusted to a higher standard because they’re supposed to be the best of us. They’re supposed to have better moral compasses than us. Veterans who become law enforcement help change the optics in a positive light, not just the civilians who witness their integrity, but also for their brothers in blue to emulate.

Here are 5 law enforcement heroes that succeeded due to their military experience:

1. U.S. Marine turned police officer shot in the face chases criminals for 20 miles and arrests them

Officer Anna Carrizales was wounded in the line of duty on October 26, 2013, when she stopped a vehicle for a routine traffic stop in Stafford, Texas. According to the Bureau of Justice Assistance of the U.S. Department of Justice, she sustained a gun shot wound and a round to the chest from the front passenger as she spoke with the driver. “The gunshot to her face ricochet off her cheek bone, exited her cheek, and almost severed her ear lobe,” according to the report.

Under normal conditions her vest would be able to stop the round, however, due to the close proximity of the detonation of the firearm it was able to pierce it and dig into her left breast. As we can see in the video, she returned fire and followed the suspects on a high speed pursuit for 20 miles. She was able to stop and arrest the criminals and receive aid from her fellow officers.

In true Marine Corps fashion, she did not buckle in the face of life threatening danger and took the fight to the enemy. During the pursuit you can hear her radio in actionable intelligence to dispatch which in turn was able to coordinate other officers to maneuver on the attempted cop killers. What is not seen in the video that is shown in the unedited dash cam is that the three suspects continued to shoot at officer Carrizales as they attempted to evade her. I don’t know if people realize this but Marines take it personally when they get shot at and will chase you to the jaws of hell to take you out.

The suspect messed with the wrong Marine because officer Carrizales was also the Women’s #1 National Champion for her weight class in 1999. A meritorious service record as a sergeant in the Marine Corps and worked with the East Fort Bend County Regional Swat Team — basically, these guys were F**k’d from the get-go. One of the suspects attempted to flee into an apartment complex where she personally assisted in arresting the shooter. The other criminals were arrested 48 hours later after abandoning the vehicle.

Officer Anna Carrizales was awarded ‘the Law Enforcement Purple Heart, the Congressional Badge of Bravery the IAWP Medal of Valor and many more awards for her heroic acts.

Veterans often forget that our experiences affect the lives of others, especially our loved ones, because sometimes, we’ve become jaded thinking that the public does not care about us. The enemy of veterans in the civilian world is invisible: homelessness, drug addition, PTSD, suicide, life crippling disabilities. The indifference and inactions of civilians is hard to not take personally but that is why it is paramount that more civilians are exposed to veterans and veteran issues.

Officer Darrell Ross’ sits down with a Vietnam Veteran and has a heart-to-heart with him about his methamphetamine habit. There isn’t much anyone can do with his advanced case of cancers spreading throughout his body but officer Ross suggests medical marijuana as an alternative. While Officer Ross is not a veteran himself, his exposure to veteran issues regarding drug abuse have given him insight on how to handle the situation in a more humanizing way.

After the end of active service it can feel like you’re on a hill alone with no ammo, no arty support, not even a damn bayonet and no matter how hard you yell into the radio for extract all you get back is static. Sometimes we need to call in ‘Broken Arrow.’ The video above is a good example of how we can aid each other on an individual level, not for fame or money, but because it’s the right thing to do.

Thieves are hated by every civilized culture that has ever existed in history of humanity. Yet, there are some thieves who find a way to sink even lower. I keep asking myself, “Why the hell would someone steal medals?” and the only plausible explanation my grunt brain can come up with is that the thief thought they were actually made of gold. What is worse is that it is possible when the thief discovered the medals only hold sentimental value and have no monetary value, they were simply thrown out. That makes me even more unreasonably angry. These officers did above and beyond the call of duty to make a difference in the life of a veteran who dedicated his life to making a difference. ‘Vets helping vets’, oorah!

Suicide is a silent epidemic in our veteran community and more disturbing is the increasing frequency of attempts of “suicide by cop.” There is more help today for our issues than previous generations; the VA is not the VA it was 10 years ago or 20 plus years ago. It’s not perfect but they’re heading in the right direction. I was once a homeless veteran but the VA and the Salvation Army gave me the resources to get back on my feet. Point blank, the only people who have ever helped me as a civilian were veterans. My case workers were veterans, 100% of every employer I’ve ever had were veteran-owned businesses. That’s why I always encourage the veterans who can lead through business leadership to do so. If it wasn’t for the VA, I guarantee you no one would be reading my article today. Due to the combined actions of those veterans, WATM staff, my friends and family I have too much to live for to just give up. Aw shit, now I’m crying.