5 insider tips for ‘SKATING’ through your military service 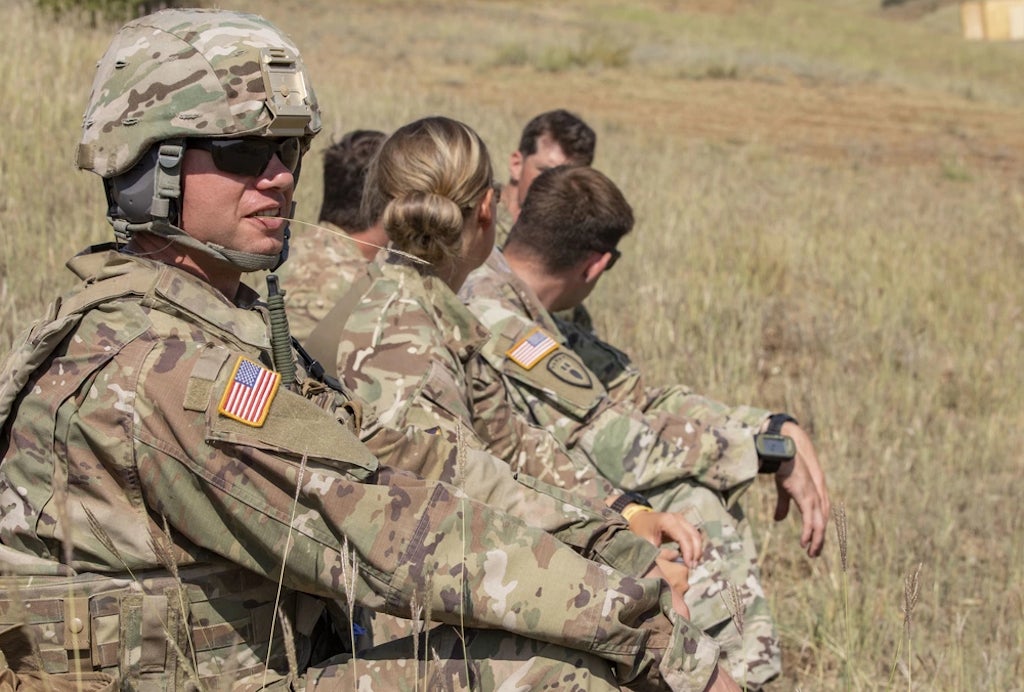 Skate. It’s a concept that’s well known within every branch of the military. It denotes cruising along, avoiding exertion and avoiding detection. The term dates back to at least the Vietnam era. Prior to that, the Navy and Marines had a similar term called “sky-larking,” which means goofing off. Skating, however, is more than just goofing off. It can either involve avoiding work, or assuming a task that involves little effort but still has the appearance of being work. It is an art form service members become skilled in early in their careers. It is generally prevalent amongst the junior enlisted who quickly integrate newbies. In keeping with the culture into which they are immersed, the skaters developed an acronym which is used to train their apprentices. The acronym S.K.A.T.E. reveals 5 insider tips for skating.

Both concepts apply. They can be employed sequentially should contact be made with a supervisor such as an NCO. Staying off the skyline includes staying out of trouble and also avoiding volunteering for anything. One must deliberately choose to be average and forgo excelling in anything.

If you are noticed for being exceptionally proficient at your job you will be noticed and considered for increased responsibility. This may lead to an early promotion and pay raise, but will make it much more difficult to skate. If you think of skating as a profession in which you want to develop expertise, it may be useful to think of what intelligence operatives refer to as “the gray man.” It is the ability to blend in, to be visible yet invisible at the same time – someone who is easily overlooked. The balance involves possessing the competency to do your job but never anything that shows initiative. Execute assigned duties, don’t screw it up, and wait for your supervisor to come check on things. Don’t go to them, which leads us to the second component.

The military has a strict rank structure divided into the two major categories of officer and enlisted. (For the sake of simplicity we will include Warrant Officers in the same category as commissioned officers, though one could argue these gray men are the ultimate skaters). This rank structure is sometimes referred to as the food chain or the totem pole. Both are weak metaphors but denote someone being at the top and others underneath them. Anyone who outranks you is technically a “higher-up” but avoiding higher-ups is specifically in relation to officers, NCOs or anyone in a supervisory position.

Avoiding them is akin to the concept of “out of sight, out of mind.” If you are seen you could be corrected for a uniform infraction, for walking on the grass (which will weaken the nation’s defenses), or for not being where you are supposed to be. In one fell swoop you violate the first two tenants of S.K.A.T.E. This is why you not only avoid the higher-ups, but also the places they congregate. Being spotted by a higher-up can result in you falling victim to a chance contact tasker. Upon spotting you, the higher-up will suddenly remember he has not yet assigned someone to complete a task and it suddenly falls on you. If you find yourself in this predicament you should employ tenant number three.

Looking busy is the secret weapon of the professional skater. A time-tested technique is to have a notebook or clipboard you glance at briefly while walking quickly and checking your wristwatch. Human nature causes the observer to be certain of your sense of purpose. They will refrain from intervening in your mission accomplishment. An advanced technique is to stop mid-stride, stare off into space and snap your finger, resulting in pointing in the air while saying something like “Oh!” You then immediately turn 180 degrees (to the rear MARCH!) and walk away as fast as you can, as though remembering something critical.

When these techniques do not produce favorable results, do not despair. It is now time to execute “rock, paper, chevrons.” There are leaders at various echelons in the military. When you are being tasked in a chance encounter your initial response should assume the tone of eagerness, quickly followed conflict. “Yes Sergeant, but Gunny told me too…” No one wants to interfere in Gunny’s business. The Sergeant will let you off the hook and find another victim. You always have to go up the ladder with this technique and craft your narrative such that there’s enough fear-space distance between the tasker and the faux-tasker. If you are caught in this lie your skating days are over.

Never hurry. You can avoid many tasks, but eventually some will land in your grid square. When they do, just pace yourself. If you complete the assignment quickly you will stand out (and thereby violate tenant number one). You will build a reputation as a “go-getter”, a “hard charger”, or a “motivator.” Regardless of the moniker you will be remembered as someone who can be counted on. If you get the job done quickly you may also find yourself in receipt of another assignment, which will likely be less desirable than the one under which you currently toil. Taking your time is best executed when you feign volunteerism by being the runner. It may be fetching a piece of equipment, giving someone a ride to an appointment or taking everyone’s lunch order. Either way, it gets you away from the rest of the unit for a few hours, which eats up a significant portion of your workday while the rest of those suckers labor away.

If you’ve mastered the first four tenants of S.K.A.T.E. then enjoying yourself comes quite naturally. This is a long game, a marathon, not a sprint. Uncle Sam will get his, and there will be many unavoidable times where you cannot skate. Long hours, austere environments and hardship are par for the course when you are in the military. This is why it is paramount you should enjoy yourself whenever you can. You will stand duty, you will deploy and you will get yelled at by Sergeant Major; but not today. Today you should enjoy yourself.

These are the 5 insider tips for skating. If you want to do your time and get out, the five tenets of skating are for you. When you return to Hometown, USA, you will still be thanked for your service, will still have the GI Bill, and, you will still be eligible for a VA home loan. If however you want to make a career out of the military, then you are well on your way to being a higher-up. Skating is not for you, lifer. Quick, look! Someone is walking on the grass.