Marine ranks explained - We Are The Mighty

The complete guide to Marine ranks 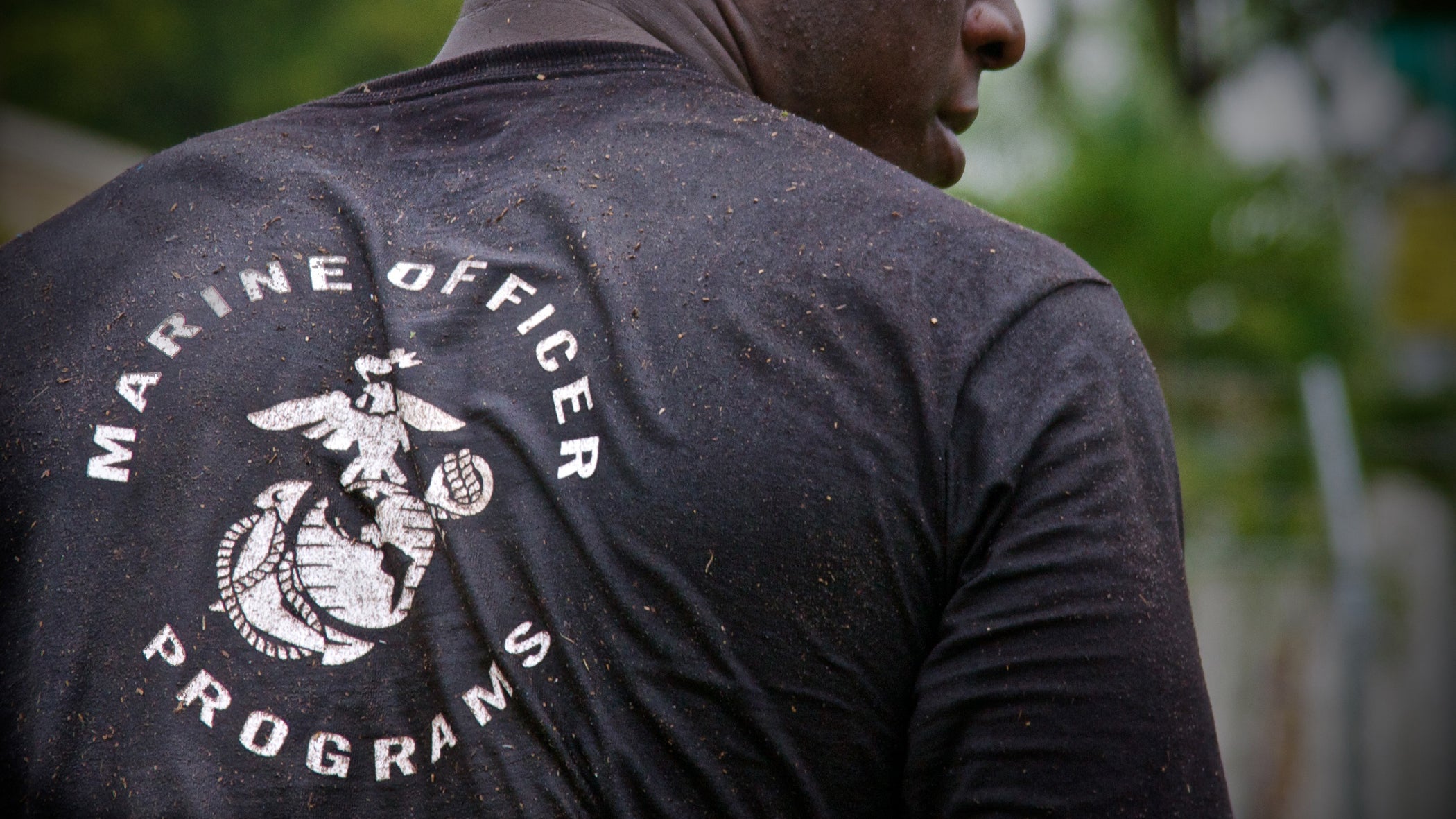 Ever wonder about the Marine Corps ranks? Or the difference between an officer and an enlisted Marine? Well, this guide is for you.

How are Marine ranks earned?

How does a Marine advance to the next rank? Well, that depends on whether you’re an officer or enlisted. Let’s break it down. Regardless, a service member achieves a rank as their responsibility and contribution to the mission increases.

How to become an officer

There are many paths to becoming a Marine Corps officer, and all have benefits.

A candidate might go to a traditional college for four years, be part of the ROTC program, and then commission as a Second Lieutenant when they get out.

Or they might decide that even with a college degree, they want to be an enlisted Marine first and then become an officer. The Enlisted Commissioning Program offers enlisted Marines a chance to do just that in Officer Candidate School (OCS).

Marines who enter the Corps with an associate degree (or 75 credit hours) can participate in the Meritorious Commissioning Program, which offers them the chance to attend OCS.

The Enlisted Commissioning Educational Program gives Marines ranked Corporal and above a chance to earn a college degree and commission as an officer. Once accepted, a Marine goes to a college that has an ROTC program. Next, they go to OCS and after that, the Basic School.

Officer ranks are divided into two categories – officers and generals.

O1 Second Lieutenant (2ndLt) – This is the rank a new college grad receives after commissioning.

O3 Captain (Capt) – Captains are company commanders in charge of a company’s tactical and everyday operations.

O4 Major (Maj) – Majors are junior field grade officers. Marines who hold this rank have been in service for about 12 years.

O5 Lieutenant Colonel (LtCol) – A LtCol will command anywhere from 300 to 1,000 Marines at any given time. Often, O4s and senior O3s will assist with this as well as a sergeant major.

O6 Colonel (Col) – After 22-ish years, a Marine who’s hit all of their marks will probably be a colonel. Colonels generally attend a War College, and it’s the final step before becoming a general.

07 Brigadier General (BGen) – This is the lowest Marine general rank. One-star generals lead 10,000 to 15,000 Marines and are in charge of coordinating ops and the tactical planning that goes with those operations.

O8 Major General (MajGen) – A two-star general earns this rank via multiple nominations and extensive reviews. An O8 has to retire after five years if they don’t pick up another star.

O9 Lieutenant General (LtGen) – This three-star general is a kind of temporary rank because LtGens have to retire after 28 years of service or a month after turning 64. Surprisingly, they can only extend their role with a Congressional act.

O10 General (Gen) – A four-star general is the highest Marine in the branch. However, the USMC can only have 60 general officers at any given time. Of those, only three are four-star generals! An O10 is nominated by a president and then confirmed by the Senate. Retirement after 40 years is mandatory.

These junior enlisted ranks are all about learning skills and developing the ability to lead and follow.

E1 Private – After graduating from basic training, A Pvt promotes in about six months. Privates need to be able to follow orders and learn how to contribute to the Corps.

E2 Private First Class (PFC) – This second Marine rank shows that the service member has become an integral part of the Corps.

E3 Lance Corporal (LCpl) – Marines have to demonstrate they’re capable of handling the demands of leadership and applying technical training.

Welcome to the world of Non-Commissioned Officers. NCOs are corporals and sergeants who are responsible for the lives of their unit both in and out of combat. Specific duties of NCOs vary by your primary job function. That said, you’ll be expected to train subordinates, be accountable, and enforce the USMC’s standards.

E5 Sergeant (Sgt) – E5 duties are close to those of Cpls. The difference here is that sergeants are in daily contact with many Marines. They usually have equipment and property to maintain as well.

Staff NCOs have not only proven their commitment to the mission but to the Corps as well.

E6 Staff Sergeant (SSgt) – This Marine rank means that a SSgt generally has at least one Sgt working under their direct leadership. They are responsible for the continual and successful development of these sergeants.

E7 Gunnery Sergeant (GySgt) GySgts bring their years of experience to this role and execute quick, accurate decisions. Gunnies train and motivate their subordinates and supervise, control, and discipline as necessary.

E8 First Sergeant and Master Sergeant (1stSgt and (MSgt) – These are both E8 positions, but they have different responsibilities. A 1stSgt is the primary enlisted advisor to the unit commander. A MSgt is the technical expert in their field. When it’s time for promotion, a 1stSgt will move on to be a Sergeant Major while a MSgt will track to be a Master Gunnery Sergeant.

Like a 1stSgt, a SgtMaj serves as a principal advisor to unit commanders. Meanwhile, a MGySgt is the foremost expert in their MOS field. They serve as the enlisted assistant to the commander in all admin, tech, and tactical responsibilities.

Commandant and Sergeant Major of the Marine Corps

The Commandant of the Marine Corps is a four-star general and usually the highest-ranking officer in the USMC. They are members of the Joint Chiefs of Staff and report directly to the Secretary of the Navy. Commandants are president-appointed duties and require Senate confirmation. To date, 38 men have served as Commandants. The first was in 1775.

Want to find out more about the Marines? Here’s why the Corps’ Security Force Regiment is so badass.

What rank is a Marine after 4 years?

After four years, an enlisted Marine is probably a Lance Corporal or Corporal, provided they are doing all they can to advance their skills.

What rank do most Marines retire at?

There’s no one-age-fits-all for retirement.

What is the first rank of a Marine?

An enlisted Marine enters boot camp and receives the rank of Private.

How long is Marine boot camp?

Boot camp is 13 weeks long. Find out more about the process here.