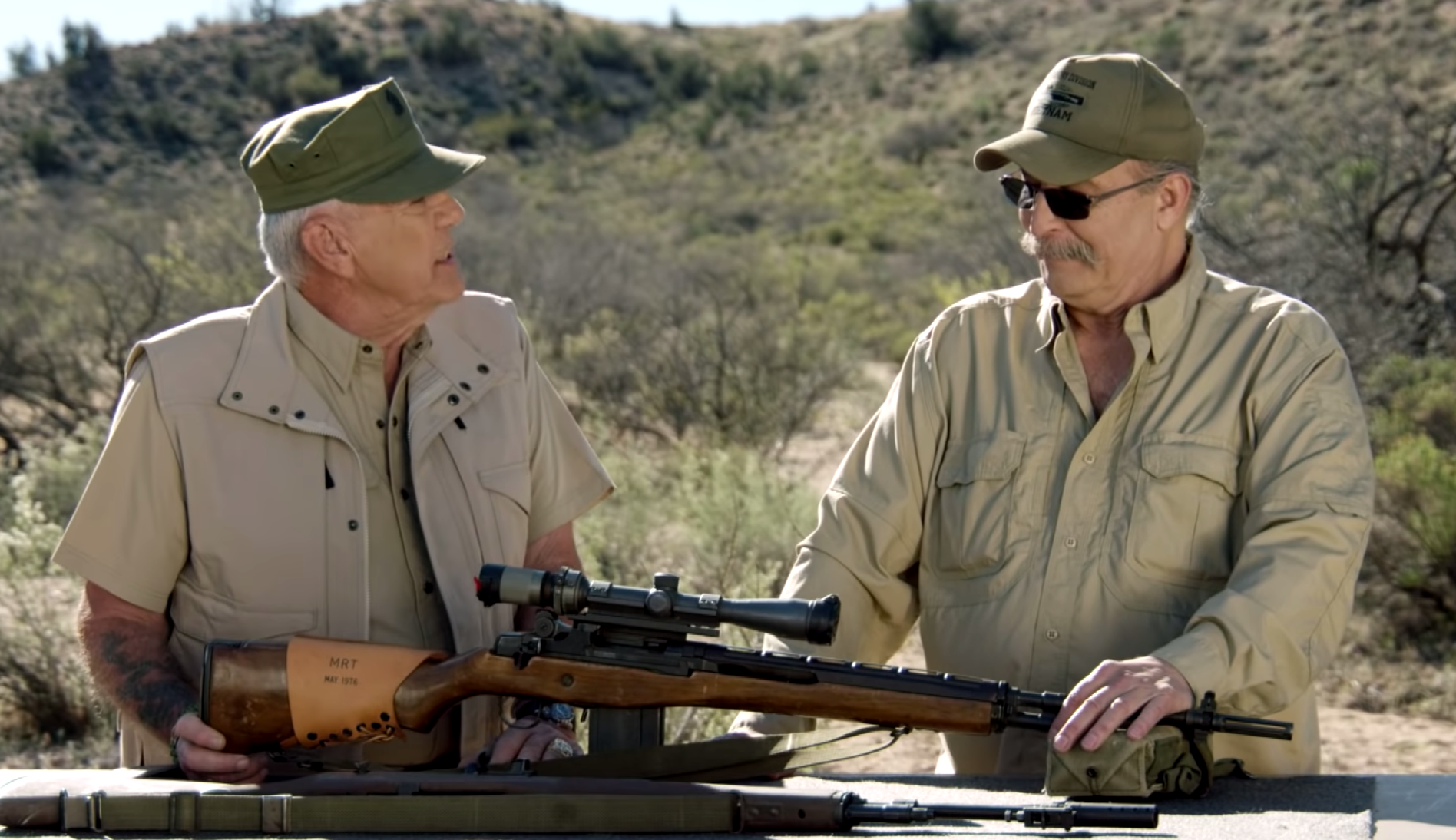 R. Lee Ermey doesn’t need to be wearing a uniform for you to know that he’s a legend. His entire demeanor shouts Badass, from his squared shoulders to his commanding voice. There’s nothing about Gunny that’s not full-on epic.

As with all GunnyTime videos, this episode is one half fun and one half history lesson. Army sniper Ed Eaton talks with Gunny about the history of snipers in the Army, how the training has changed for the military and what kinds of weaponry today’s snipers are using.

BLUF – Gunny wants to remind us that there’s nothing better than being out on the range on a gorgeous day. He’s totally right – it doesn’t get much better than that … except when you get to talk shop with one of the most decorated Army snipers of all time.

Ed Eaton brought along his M 14 rifle and the M 21. During Vietnam, Eaton used the XM 21. It’s hard to believe, but the entire Army started out with just 55 XM 21 rifles at the beginning of the Vietnam War. What made the XM 21 stand out was in the details.

Not only was the stock coated with epoxy, but the rifle weighed about two pounds more, and the rifle featured camo. Reworking the trigger helped separate this rifle from others, too. As Gunny notes, that modification helps “take the drag out and lighten it up a little bit.”

Two scopes allowed for day and night missions to be completed.

Gunny and Eaton discussed the benefits of using the XM 21 versus the other version that the Army and Marine Corps used during the conflict. The weight difference aside, Eaton said he preferred to use the XM 21 because it was more accurate.

Eaton was one of the first 55 snipers to be trained in the Army with the 9th Infantry Division. In the early days of sniper training, soldiers had to be combat infantrymen for a specific amount of time. There was no active recruiting for snipers, making it all the more elusive of a position.

As Gunny so eloquently puts it, that round can “really reach out and touch someone.” Well said, Gunny. Well said.