Missile scare at Ramstein Air Base: 'Hasn't 2020 been hard enough?' - We Are The Mighty

Missile scare at Ramstein Air Base: ‘Hasn’t 2020 been hard enough?’ 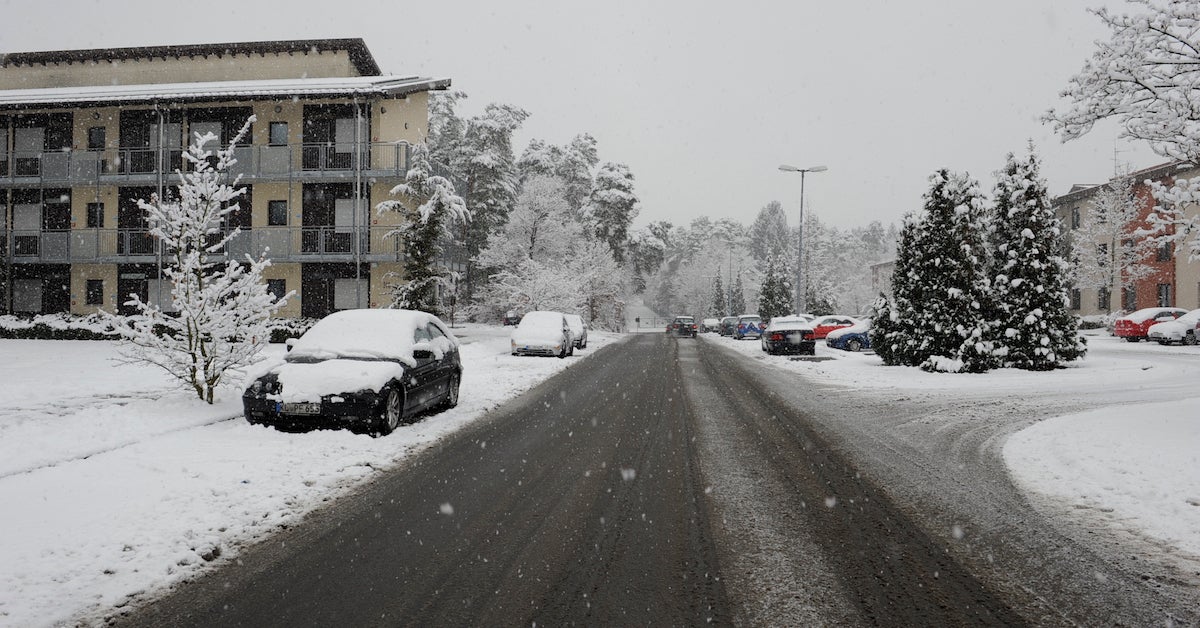 Snow falls on Ramstein Air Base, Germany, Jan. 10, 2017. As winter slowly approaches, frost will begin to appear on windshields, and drivers may be cited for ice or snow on car roofs, windows, or hoods, and may even be denied access to the base. Drivers are expected to properly clear all frost and ice from windows and lights before driving, and to exercise responsible driving. (U.S. Air Force Photo by Airman 1st Class Savannah L. Waters).

On January 13, 2018, a ballistic missile alert went out across televisions, radios, and cellphones in the state of Hawaii. The message went out at 0807 local time and civil defense outdoor warning sirens went off across the islands. However, the alert turned out to be an accident. On December 12, 2020, Ramstein Air Base had a similar alert.

Ramstein Air Base personnel were alerted to a real world inbound missile strike and received an Alarm Red MOPP 4 notification. “Take immediate action!” The alert read. “For further information refer to Airman’s manual.” While the alert certainly put a lot of people in the Kaiserslautern Military Community on edge, the “All Clear” was issued two minutes later. It is unknown what triggered the warning system’s mass alert. However, the alert was later attributed to an exercise.

“Attention Team Ramstein, today, the Ramstein Air Base Command Post was notified via an alert notification system of a real-world missile launch in the European theater. The Command Post followed proper procedure and provided timely and accurate notifications to personnel in the Kaiserslautern Military Community. The missile launch was then assessed to be part of a training exercise and not a threat to the KMC area. The situation is all clear. We’d like to thank our Command Post members for their quick response to ensure our people stay informed so they can take the proper safety precautions.”

Despite the all clear and the message from the Command Post, personnel in the KMC area remain on edge. “That’s not the kind of thing you joke about,” one anonymous service member told WATM. “Hasn’t 2020 been hard enough?” Neither USEUCOM nor Ramstein Air Base have released an official statement regarding the incident.

The erroneous 2018 Hawaii missile alert was corrected 38 minutes after it went out. Following the incident, the FCC and Hawaii House of Representatives conducted investigations into the cause of the event. These resulted in the resignation of the state’s emergency management administrator. Whether or not the alert at Ramstein was a training exercise, the reaction of the KMC community was very real.