The complete guide to Maxwell Air Force Base 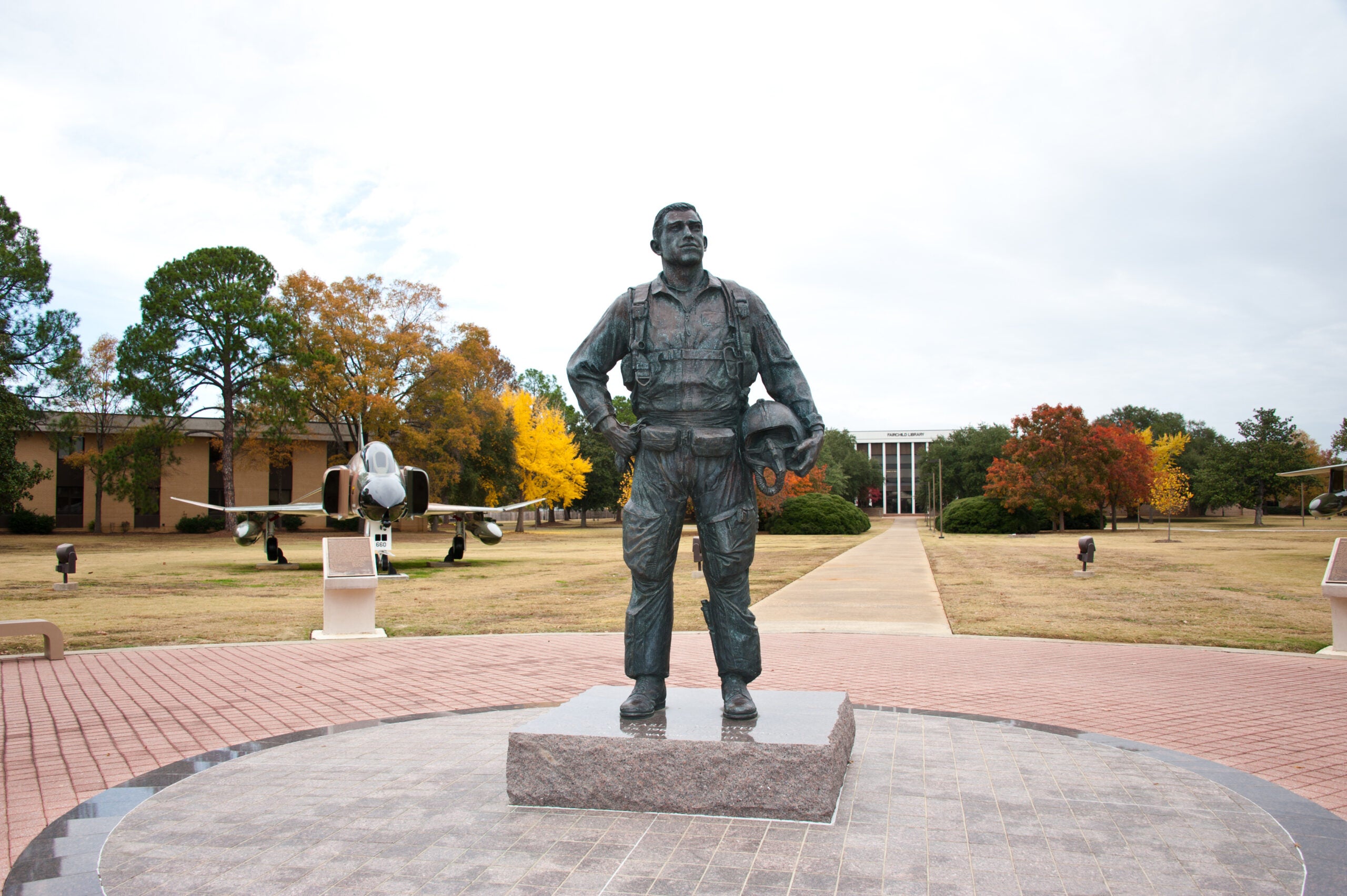 Looking for answers about the Maxwell Air Force Base Visitor’s Center? We’ve got you covered with this complete guide! Located in Montgomery, Alabama, Maxwell is art of the Air Education and Training Command of the Air Force. Located on the outskirts of the state’s capital, the installation recently celebrated its 100th anniversary. It’s about 80 miles south of Birmingham, so there’s always something to do. In fact, the area is rich in historical significance and boasts ties to the Wright Brothers.

Officially, it’s known as the Maxwell-Gunter Air Force Base. It’s also home to one of the most significant milestones in aviation history! Maxwell is the site of the Wright Brothers first aviation school. Throughout the years, the base has kept its ties to education and now is home to Air University. Air University runs the Air Force Office Training School and the Air War College.

Expect warm humid weather during your time at Maxwell. There are fall and spring tornado seasons, so preparedness is key. Snowbirds won’t love the mild quick winter, as temperatures rarely get to freezing or below.

Keep in mind that Gunter Annex is a separate installation. However, to avoid BRAC targeting in the 1990s, the DoD consolidated Gunter with Maxwell.

Maxwell AFB is centrally located in Montgomery Alabama. It’s just 82 miles south of Birmingham. You can reach Atlanta in about two hours, since it’s only 162 miles away. The area surrounding the installation is called the River Region. Thanks to the large military community, the installation has a significant impact on the area.

From the west: Depending where on the west coast you’re coming from, there are multiple routes. If you’re in the middle of the country, take 1-20 E or I-40 E.

More than likely, you’ll arrive by plane when you PCS to Maxwell AFB. That means that you’ll be flying through the Birmingham Shuttlesworth International Airport. If that’s not accessible, you might explore flying into the Montgomery Airport. It’s a smaller regional airport, but it’s located very close to base.

There are five gates to enter the base, but not all are operational 24 hours a day. One is currently closed until further notice, so it’s not included here.

Contacts at Maxwell Air Force Base

Maxwell’s host wing is the 42nd Air Base Wing.

The main mission of Maxwell is to educate and to train. This is achieved via Air University, which runs several military education programs. This includes the Air Force Institute of Technology, the Air War College, and both the Air Force Officer Training School and the Senior NCO Academy.

The School of Advanced Air and Space Studies, along with the Air Command and Staff College and the Air Cyber College are also here.

The Wright Flying School, opened by the pioneers of American aviation, the Wright Brothers, occupied the space that’s now Maxwell AFB. The school closed its doors in 1910 but the field continued to be purposeful. It served as a repair depot during WWI. Speaking of WWI, ever wonder why we don’t talk about those veterans more often?

In 1922, the War Department renamed the depot Maxwell Field in honor of 2nd Lt. William C. Maxwell, who died while trying to land his Dh-4 in a sugarcane field in the Philippines.

In 1931, the Air Corps Tactical School opened its doors. This school would go on to become the Air Force’s first tactical center. In 1940, the installation was converted into a pilot-training center. After the war, Air University was established in 1946 as a way to provide continuing education for Air Force personnel.

Things to Do Around Maxwell Air Force Base

You’ll never run out of things to do and see when you call Maxwell home. The entire region is steeped in history. Be sure you check out all of the very important Civil Rights landmarks, including the Civil Rights Memorial Center and the Rosa Parks Library.

This deep-South installation comes with all that you might expect from Southern comfort in the ways of food. Expect fried chicken, BBQ ribs, and fried pork skins at lots of eateries. Shrimp and grits is a popular local dish, as are fried green tomatoes. In summer, don’t skimp on fresh peach or pecan pie.

Nearby Montgomery has a dazzling array of culinary choices if you’re looking for non-Southern options too. Further afield, Atlanta is home to a vibrant foodie scene, so it’s definitely worth the trip.

As you might expect, on base you’ll find a few gyms, a swimming pool or two, and a bowling alley. What makes Maxwell stand out is that there’s a vibrant museum located within the gates! The Maxwell Air Force Base Historic Air Park is an interactive museum that showcases the start of American aviation all the way through today.

Off the installation, be sure to check out the Montgomery Museum of Fine Arts. Originally opened in 1930, it holds over 4,000 works of art. Admission is free! You don’t want to miss the Scott and Zelda Fitzgerald Museum either. The former home of the legendary writers, the house is filled with curated exhibitions that detail their lives.

Outdoor enthusiasts, be sure to check out the Maxwell FamCamp. It’s an inexpensive way for families to enjoy the great outdoors. There’s even RV sites with hookups.

Like all DoD installations, Maxwell housing gives you lots of options. You can choose to stay on or off base. No matter which you decide, the first thing you should do is call the Military Housing Office. The MHO can provide you with current up to date information on housing wait lists.

Of course, Airmen ranks E1-E3 and E4 with less than four years of service are required to stay in the barracks.

For everyone else, you might explore living in privatized housing. Hunt Military Communities owns and operates the housing. Each neighborhood has access to a community center, pool, fitness center, and more.

If that’s not an interesting idea, then the nearby area offers plenty of communities to choose from. Montgomery is a small town with a big city feel. Nearby Prattville has a thriving military community, and Millbrook is for those Airmen and families who want to experience a more rustic, rural life.

Mil-kids have access to one DODEA school on base for students in preschool through 8th grade. Additionally, there are nearly 100 public schools within a 25-mile radius of base in four school districts. No matter where you send your child to school, transportation is provided. Contact the School Liaison Office for more information.

What county is Maxwell AFB in?

Maxwell is in Montgomery County, Alabama.

Does it snow in Maxwell AFB Alabama?

Unfortunately, it doesn’t snow at Maxwell Air Force Base. Alabama isn’t known for its snowfall, since the state’s average annual temperature is about 64F. The last major snowstorm was back in 1993.

What aircraft does Maxwell AFB have?

Since Maxwell is primarily a training facility, there’s only one operational flying unit at base. That’s the Air Force Reserve Command’s 908th Airlift Wing. The 908 AW and its subordinate 357th Airlift Squadron operate eight C-130H Hercules for theater airlift.

Is Maxwell AFB a good base?

It’s a great base… if you can get used to the Alabama humidity!