The complete Langley Air Force Base guide - We Are The Mighty 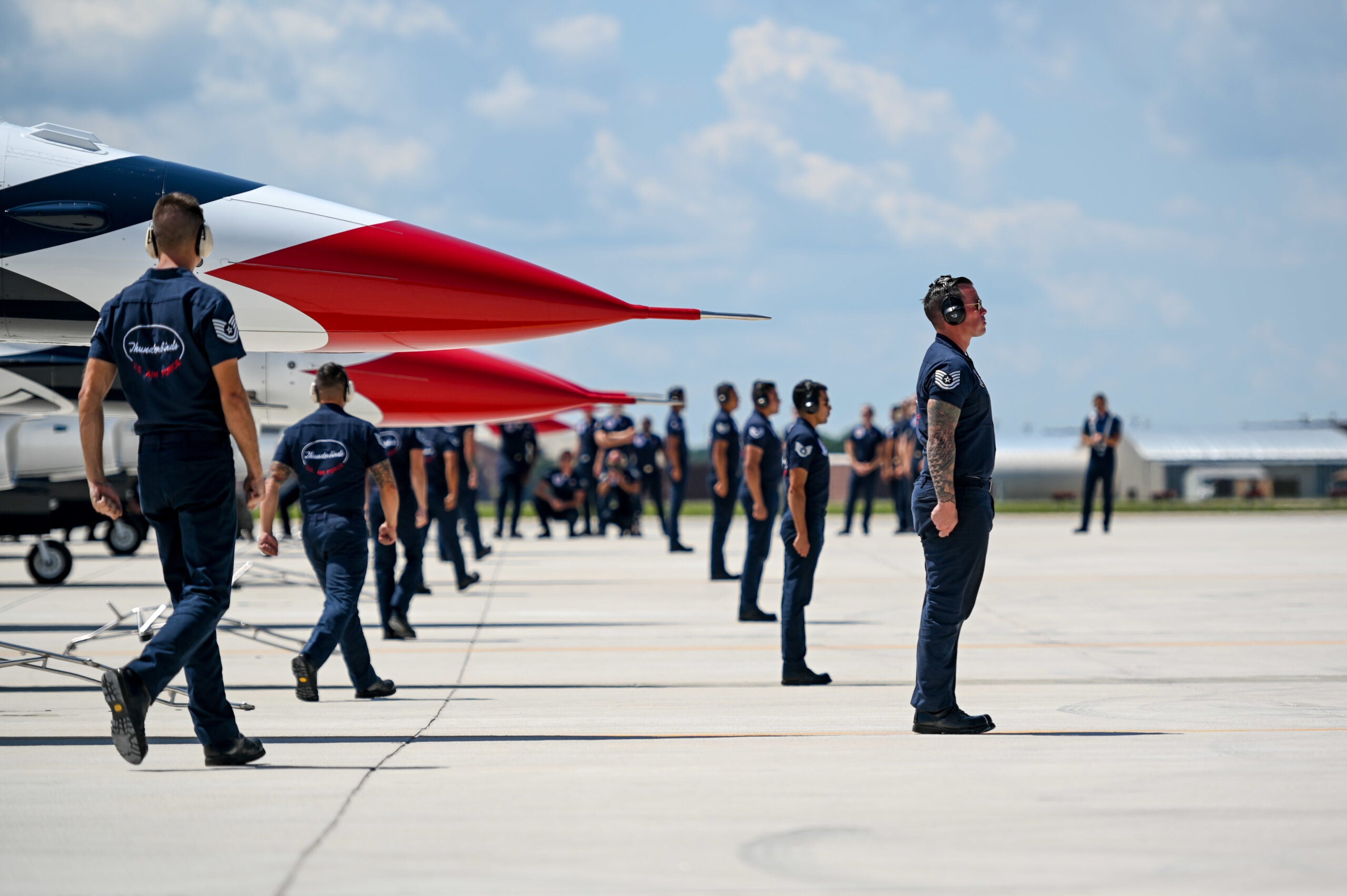 Hampton, Virginia, is one of the most robust military communities in the country, so if you’re heading to Langley AFB, you’re in for a treat. Of course, many people know about this base because of the massive Langley AFB hospital. But there’s a lot more to the base than just that! In fact, Langley is the oldest continuously active air bases in the world. If that’s not exciting enough, the predecessor to NASA got its start at Langley!

These days, Langley is a hybrid, just like lots of other DoD installations impacted by the 2005 Base Alignment and Closure Commission changes. Officially it’s Joint Base Langley-Eustis (JBLE). No matter what you call it, soon you’ll be calling it home!

This is an exciting region to call home, thanks to nearby historic Hampton Roads and the large Naval presence in the area. You’re within driving distance of plenty of things to do and the weather isn’t too bad, either. Read on to find out what to expect when you PCS to Langley AFB!

Langley Air Force Base is located in Hampton, Virginia. Hampton is located 62 miles south of Richmond. That’s the state capital for you non-geography buffs. Also, it’s about 40 miles north of Virginia Beach. Hampton Roads is a large body of water that separates JBLE from Norfolk. Speaking of Norfolk, here’s how the Army crime lab turns military cold cases hot.

Langley AFB can be reached by car using the following routes.

Driving: Driving would allow you to visit nearby Norfolk and Williamsburg. Langley AFB is along the Atlantic Ocean, so most drives to the base will be long!

The primary mission of Langley Air Force Base is to support the rapid deployment of air assets. Secondly, its mission is to maintain air superiority in all conflicts for the United States and its allies. The base also prvoides air defense capabilities for the east coast of the country. In fact, this is one of Langley’s original missions and it’s remained unchanged for almost a hundred years.

These days, the 663rd Air Base Wing provides installation support to more than 9,000 DoD and civilian personnel.

Of course, other notable units include the 1st Fighter Wing, the 192nd Fighter Wing, and the 480th Intelligence, Surveillance, and Reconnaissance Wing. The 192nd flies the F-22 Raptor and the 480rh maintains DCGS, the “Sentinel” weapon system.

Way back in the day, JBLE was a balloon station. Then, the War Department (as the DoD was known in those days) realized its closeness to the coast, its level ground, and its potential for expansion meant it might be critical to America’s safety.  So a base was built around the balloon station and Langley opened.

Construction finished in 1917, just as we entered WWI.

Then during the inter-war years, the DoD used Langley as a testing, training, and proving ground for aviators and aircraft. In fact, it played a critical role, as the Army tested new planes at Langley before sending them out into the field.

At the start of WWII, Langley’s mission shifted to meet current conditions. The new goal became to develop and perfect sub-detection equipment. This resulted in the destruction of several U Boats and Japanese subs.

Each spring, aviators on base put on an air show so civilians can see advanced aircraft in flight.

Things to Do Around Langley AFB

Busch Gardens (25 miles) is a theme park with multiple rides and roller coasters, shows, and animal attractions. It’s a blast for the whole family!

First, call the Military Housing Office to get the support you need during your PCS. You can choose to live on the installation or in the local community. Housing wait times vary depending on the season. So the sooner you get on a waiting list, the better.

Unaccompanied Airmen are provided with Unaccompanied Housing facilities.  These personal residences are modern, functional, and comfortable. The MHO can provide more details when you arrive.

Despite being such a massive installation, there are no DoDEA schools on base at Langley. JBLE mil-kids will attend schools in the Virginia school system. Parents will need a birth certificate and social security card to enroll students. Homeschooling options are available to mil-kids living in Virginia. Call the School Liaison Office for more information.

What is Langley AFB known for?

Langley AFB was the first Air Service base built especially for air power and is both the oldest continually active Air Force base in the world and the oldest airfield in Virginia.

Who is Langley AFB named after?

Langley AFB is named after Samuel Pierpont Langley, an aviation pioneer who invented the bolometer.

Is Langley AFB a good base?

Whether or not Langley is a good base for you is up to you, but many people enjoy Langley because of the history in the area and the planes on the base.

Is the CIA at Langley AFB?