The complete Whiteman Air Force Base guide - We Are The Mighty 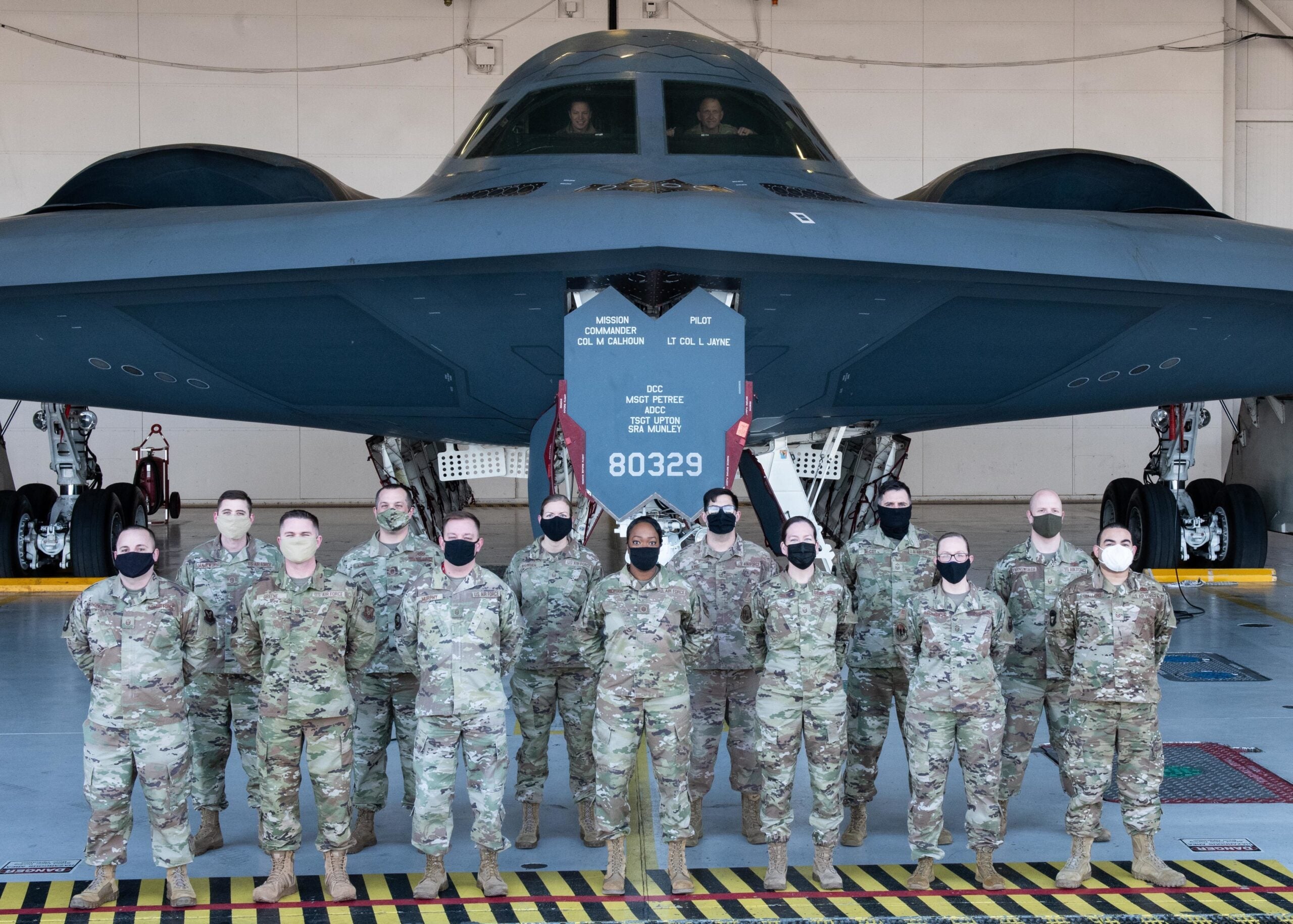 Did someone say, “Take me to the Show Me State?” If you’re looking for info about Whiteman Air Force Base, you’re in the right place. Named for an Army Air Corps pilot, 2nd Lt. George Whiteman, a service member who lost his life during the attack on Pearl Harbor, this Air Force installation is located just south of Knob Noster, Missouri. Missouri borders eight other states, so there’s just about something to do any direction the wind blows. Whether you’re looking to enrich your love of barbeque or chill out with a KC Royals game, Whiteman AFB will put you close enough to everything. On base, Whiteman AFB offers you and your family everything you need to make this duty station the best one yet!

Whiteman Air Force Base is located in Knob Noster, Missouri. It might look like it’s in the middle of nowhere, but it’s really not! In fact, Whiteman is just 60 miles southeast of Kansas City, Missouri, in rural Johnson County.

Whiteman Air Force Base can be reached by car using the following routes.

Driving: We recommend driving to base, if possible, since Whiteman is in rural Missouri and a vehicle will allow you to get around.

Tours and other Community Support:

Whiteman Air Force Base is the joint-service home of the 509th Bomb Wing. Of course, you might know it as the world’s only B-2 Spirit stealth bomber unit. Together with the 509th Operations Group and 509th Maintenance Group are responsible for the flying mission at Whiteman, the 509th Mission Support Group and the 509th Medical Group are there to support the Bomb Wing.

There are also several tenant units, including the 131st Bomb Wing, the 442nd Fighter Wing, the 1-135th Assault Helicopter Battalion, the 72nd Test and Evaluation Squadron, and the 325th Weapons Squadron. Furthermore, the 442nd Fighter Wing flies the A-10, and the 131st Bomb Wing flies the B-2 alongside the 509th Bomb Wing. All of the units at Whiteman support the same mission – delivering dynamic air power for the United States, and providing both an assurance to our allies and a powerful deterrent to our enemies.

In 1942, the US Army Air Corps selected the site of the current day base to be the new home for Sedalia Army Air Field. Army Air Force C-46 and C-47 transports were located at Sedalia until it was inactivated in 1947.

Then, Sedalia was reactivated in 1952 for the 340th Bombardment Wing. In June 1961, it was chosen to be the home of the 351st Strategic Missile Wing.

Similarly to lots of installations, Whiteman AFB has had a few names. In 1955, Sedalia was renamed Whiteman Air Force Base. 2nd Lieutenant George A. Whiteman, who grew up in Missouri, was the first American Airmen killed at Pearl Harbor on December 7, 1941.

Furthermore, the 509th Bomb Wing arrived at Whiteman in September 1990, where it hibernated for over 2 years. The first operational B-2 Spirit Bomber, “The Spirit of Missouri,” touched down at Whiteman in December 1993.

Things to Do Around Whiteman AFB

Knob Noster State Park (2.7 miles) – Close to the base, with great hiking trails and camp grounds!

Science City at Union Station (73.5 miles) – Head to the historic Union Station building for a day of learning how astronauts train, the chemistry of your favorite soft drink, and more!

In addition to living on base, you have several housing options to choose from at Whiteman AFB. You can also use privatized housing or rent on the local economy.

Contact the Military Housing Office as soon as you receive orders to find out about current wait times and what might  be available for you when you PCS. When you in-process at Whiteman Air Force Base, you’ll need to visit the MHO to receive counseling and guidance on obtaining housing.

Like many other Air Force installations, privatized Whiteman Air Force Base Housing is managed by Balfour Beatty. This private company owns and operates eight neighborhoods on and near the base. Some neighborhoods are for enlisted service members only; others are for officers only. When you call a Balfour Beatty residence home, you’ll enjoy open floor plans, fenced-in backyards, and other perks!

The MHO on base can also assist you in helping you find suitable housing on the local economy. This is an exciting way to feel like you’re really part of your new community, and gives you more flexibility than choosing to live in privatized housing. Ask the MHO for more information.

Schools Near Whiteman Airforce Base

Although there are no DoDEA schools on Whiteman AFB, there are plenty of other options. However, there is a school on base that’s operated and managed by Knob Noster School District. In town, you’ll find an additional elementary school, a middle school, and a high school.

There are other school districts that also serve mil-kids who call Whiteman home. These include Warrensburg and Sadalia.

However, no matter where you choose, you’ll need to provide current vaccination records, enrollment records, transcripts, and proof of identity. Contact the Whiteman School Liaison for more information.

How many B-2 bombers are at Whiteman AFB?

Currently, Whiteman AFB is home to 20 active force (1 test) B-2 Spirits at Whiteman AFB. Speaking of bombers, did you know 1,000 bombers took part in the largest WIII bombing raid?

What planes are at Whiteman AFB?

Does Whiteman AFB have nukes?

As a matter of a fact – yes! This is the only base where B-2 Bombers are located, Whiteman does have nuclear weapons on base.

How many Air Force bases are in Missouri?

Whiteman AFB is the only Air Force base in Missouri, but Fort Leonard Wood Army Base is located in Pulaski, MO.