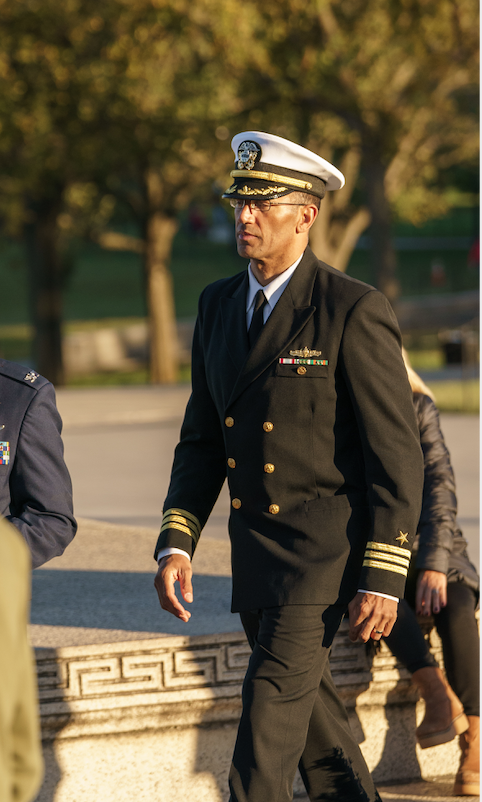 Jeremy Butler is a successful CEO, Naval officer and husband. He’s also a Black man in America, a title that has impacted many pages of his story.

“I had intended to go to college and never really gave the military a thought. During my junior year though, I was studying in Europe and it just really opened my eyes – not only to the world – but that I just didn’t want a traditional job,” Butler explained. Although he would look into the Peace Corps, he ultimately decided he wanted to be a sailor.

The Navy recruiter continually asked him if he wanted to take the test to fly and be a pilot but Butler was adamant that he would be on a ship or nothing at all. He attended Officer Candidate School in 1999 and had full intentions of just doing four years and getting out.

Butler was on a ship out of Washington on a counter-narcotics mission when America was attacked. “I was completely separated from the country for three months and really came back to this changed world — and it was jarring,” he shared.

Soon, he was stationed on a new ship in Japan. Butler shared that when he joined the Navy, it was the one place he had always wanted to be stationed. It wasn’t long before his ship was joining the fleet for a counter-strike mission aimed at Iraq. He and his crew escorted ships in and provided defense for the carriers and ships launching tomahawks during the invasion.

After finishing his deployment to Iraq and tour in Japan, Butler headed back stateside to teach at the Naval Academy. “It was a really incredible experience to teach those midshipmen about Navy life,” he said. He also got married and made the decision to come off active duty and go into the Navy Reserves.

Butler became a defense contractor, doing work for the likes of the Pentagon and Department of Homeland Security but wasn’t feeling the fulfillment that wearing the Navy uniform every day brought. “As a reservist, I ended up mobilizing a couple of times, going to places like the Philippines and West Africa,” he said. Butler also spent a few years working in the Pentagon for the Navy in between all of that.

When he and his wife were ready to leave Washington D.C. a few years later, they headed to New York City. It was there he began his work with Iraq and Afghanistan Veterans of America, in 2015. He moved up quickly within the organization, eventually becoming their COO and then, in 2019, their CEO. “It’s been an incredible journey and I found that it gave me that sense of fulfillment that I wasn’t getting in my previous civilian jobs,” Butler shared.

A year later, Butler was successfully leading the organization when the murder of George Floyd sent shock waves across the world. “It really brought me to a reckoning about who I am and to become much more outspoken about how life has been for me as a Black man in America,” he said.

The notion of racism wasn’t a new concept for him. Butler grew up in rural Illinois in a predominately white town. “I was in schools where people would regularly use the n-word and then look at me and say, ‘Oh, but I’m not talking about you,'” he shared. He was also frequently followed around in stores and the clerks would regularly check his pockets before he could leave.

It also wasn’t uncommon for people to stop him while he was with his white mother to ask if he was adopted. They never asked when he was with his father, an Army veteran, who is Black.

Despite these ongoing experiences, Butler thought everyone went through the same thing. It wouldn’t be until he was older that he would recognize it for what it was: racism. Though he knew it existed, he still attended good schools and had great opportunities. “I felt like I never had the right to be more outspoken about the struggles for Black people in America,” he said. Butler also noted that as a Black officer, he’s sure that his military experience was much different than that of an enlisted person of color.

IAVA struggled in the past to get legislation passed that targeted issues around race and gender, although it was always on their radar. After George Floyd’s murder, Butler was understandably angry. He felt strongly that he needed to use his voice and within the IAVA, the team encouraged him to do so – regardless of repercussions. The words he wrote were powerful. Here is a small excerpt from his statement posted to the IAVA website:

“When in uniform, I am thanked for my service. When in a suit, I’m treated respectfully as I walk into a store or restaurant, a customer worthy of gracious attention. But catch me on a weekend, two days behind on a shave, wearing a hoodie and I am now a threat. This is not me being sensitive. It is evident in the guarded reactions of fellow pedestrians rounding the corner and seeing me in their path. It is evident in the less accommodating reaction of the restaurant host when I walk in alone, hoping to catch a seat for a meal and a drink. It is evident in the expression of the department store clerk who sees me not as a possible sale but someone to be followed.”

Though Butler’s challenging experiences as a Black man and veteran aren’t ones he wishes on anyone, he does see hope on the horizon. His message to those who hear his story? Shore up on empathy.

“I think regardless of who you are personally, everyone should try a little harder to understand what it’s like for others,” Butler explained. “A rising tide raises all boats and I think that’s something a lot of people don’t understand. When we make things better for those who have the least, we are improving things for everyone.”