Tales from ‘the Duke and Davy’ at the Alamo 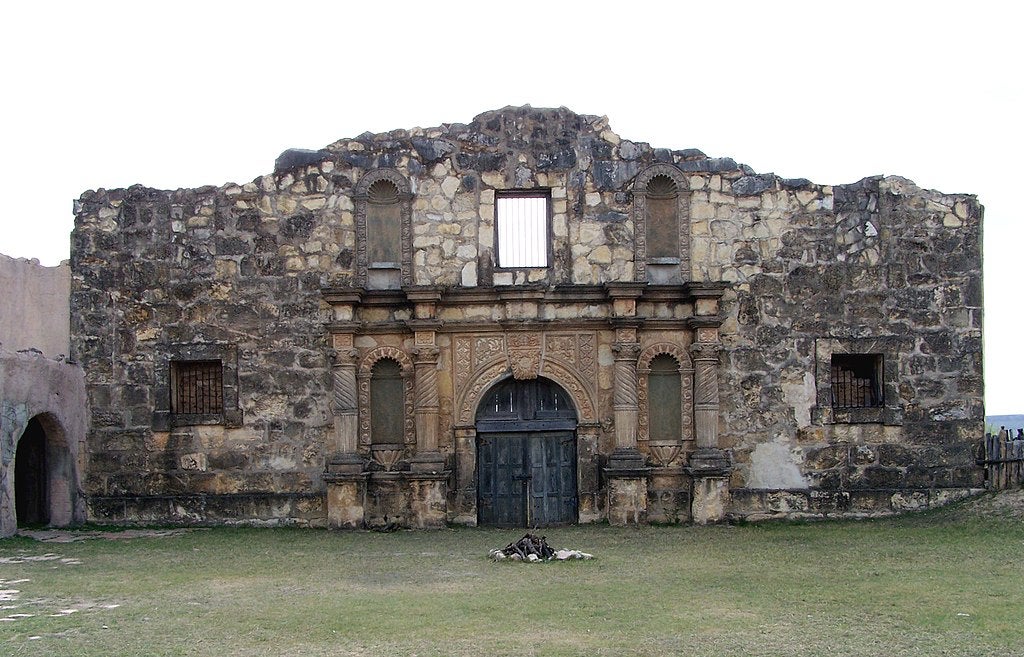 When making epics and historical dramas such as the story of the Alamo, only Hollywood could come close to making a production as thrilling as the actual event. Perhaps more thrilling! Patton’s real-life drive through Sicily was of course gritty, bloody, horrific. Onscreen, it is made memorable by, for example, the eccentric general’s reading of his own poem to General Omar Bradley, amid ruins from long-ago battles.

T.E. Lawrence’s forays through the Middle East were defined by sweltering heat and warring tribal factions. But when director David Lean ordered Peter O’Toole to find a way to see himself in regal robes, with no mirror close by in the desert, the Irish rascal slowly drew a glimmering knife from his scabbard and held it up to admire himself.

So it was while filming the three-hour drama about the Alamo that John Wayne injected many such moments into the production. For all the drama and historical implications of the real battle of the Alamo, Wayne’s 1960 effort was sweeping, stirring and sensational in its patriotism. Who can forget two lines uttered by a pair of Southern boys facing a grim foe:

“Do this mean what I think it do?”

Or the affectionate ode to another great American:

“Who do he think he am, Andy by God Jackson?”

Wayne’s portrayal of Tennessee hero Col. Davy Crockett was immense and a worthy tribute to the “King of the Wild Frontier.” Wayne almost didn’t play Crockett, as his directorial debut required him to master a complex set of issues on an hourly basis. But in order to secure financial backing, he was obliged to take on the role. This was a crucial casting decision, since Wayne’s first choice for the defender of the Alamo was the redoubtable Rickard Widmark, who would go on to play the equally remarkable Jim Bowie.

The 342-member crew, after a two-year effort to build the set, crafted a film that is still a fan favorite. It is also a testament to Wayne’s determination to set the 1836 battle to film. Turned down by major studios, he ended up obtaining the bulk of the financing by taking out mortgages on his homes. He also added to the film’s coffers by taking out loans on his vehicles and his yacht. And it would be 10 long years before he recouped his investment, though the film was a box office smash. When TV rights were sold in 1971, Wayne found some financial breathing room—all the more amazing when you consider that he had been a major star for 30 years by the time the Alamo hit theatres, and his career would conclude in the late 1970s, when cancer robbed the public of a larger-than-life movie star.

Wayne’s decision to cast Laurence Harvey as the swashbuckling Col. William Travis was also fortuitous. Certainly any number of actors could play Travis, but Wayne reportedly chose Harvey—with his South African British accent—in order to add some “class” to the production, dominated by burly country boys like Chill Wills. Harvey’s urbane Travis indeed gave the film a bit of an Errol Flynn flare.

Weapons of course added to the scene. Besides Bowie’s signature hunting knife (more a broad sword than anything else), he carried a Nock Volley gun, designed by the British navy. The seven-barrel design was swell on the drawing board, but not so practical in real life, due to recoil. The movie Bowie handled it deftly, naturally.

Perhaps the most interesting aspect of this famous film is that Wayne intended it to be an allegory for the Cold War tensions between the West and Russia and China. Released at the height of the Cold War, the film was no doubt seen through that lens by audiences. In that sense, it was as much as propaganda film as “Casablanca” or “Thirty Seconds Over Tokyo.”

Almost oddly, though the production took considerable creative license with the historical record, certain details caused some problems on set. One of the main such instances occurred when Widmark tried to quit the film because, among other things, at 5’9”, he thought it absurd that he was playing Bowie, who was 6’6” in real life. Threatened with legal action, Widmark finished the picture. Such details are fascinating, because in this case, Widmark was so good!

In the end, Wayne and his rag-tag army pulled off a major success. “The Alamo” continues to be a classic and is still shown on television. Duke Wayne put his money where his mouth was, and we all enjoy the payoff to this day.