7 reasons you should become a Marine - We Are The Mighty

7 reasons you should become a Marine 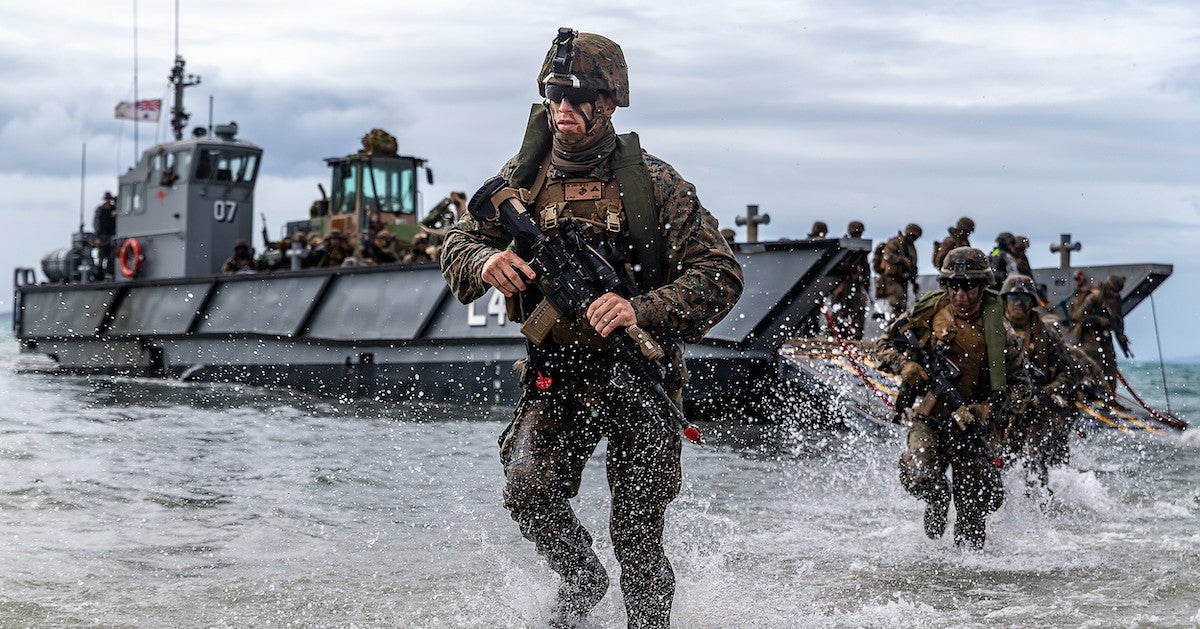 The Marine Corps is one of the most feared war-fighting organizations in history. Military hopefuls in high school or college that are considering joining the Corps are always on the lookout for any information that may help them along their journey. Here are my two cents on why you should become a Marine.

1. The Marine Corps has the best combat arms training in the military

The Marine Corps is essentially an invasion force that can deploy to any region around the world and within 24 hours have a boot on someone’s neck. Every branch thinks they’re the tip of the spear, but Marines are usually the first ones to lock horns with a determined enemy. Marines will use every asset; airstrikes, drones, artillery, tanks, close air support, naval gunfire, and anything their commanding officer can get a hold of to smash the enemy with overwhelming force.

Marines do not know the meaning of the word moderation.

2. Marines are smarter than they look

A popular joke around the military community is that Marines chew on crayons because they’re dumb — especially when it comes to the infantry and combat Military Occupational Specialties. My platoon commander was a graduate from Yale, the majority of my platoon have degrees post service in STEM fields. The economy is in the toilet and I don’t know a single one of my Marine veteran buddies without a job. Hell, one of them is an engineer for NASA and he was in our infantry battalion.

Life is hard if you are stupid. Who’s the crayon-eating moron now?

3. We have the best-looking dress uniform

The Marine Corps Dress Blues Alphas are hands down the sharpest uniform out of all the dress uniforms in the military. As you rank up there are upgrades to your uniform that are linked to our heritage like the blood stripe or the Eagle, Globe and Anchor on the belt. Marines are known for their attention to detail such as why Cuba appears on only the enlisted EGA and not an officer’s. Marines love Marine trivia; it’s not annoying, it’s motivation!

4. Our branch was born in a bar

Specifically, Tun Tavern because that is where you would find the toughest, saltiest people willing to fight in a war. Most of our traditions involve alcohol: The Marine Corps Ball, Mess Night, every Saturday – drinking and fighting are what Marines are best at.

5. You will be in peak physical shape

Physical fitness is a pillar of who we are as Marines. We have strict height and weight standards, PT every day, and your physical ability is a major contributor to your next promotion. If you love hitting the gym, get paid for it.

Marines operate in every clime and place. America also has embassies all over the world that are guarded by Marines. It is an MOS called MSG (Marine Corps Security Guard) and you can be stationed anywhere in the world. Sure, in other Military Occupational Specialties may have to deploy to a war zone but with MSG, you could end up somewhere nice like Germany or Japan. There are some non-deployable MOS so make sure you ask about that before you sign that contract.

7. Marines are the best storytellers

Marines experience so much that they can offer sage advice, a cautionary tale, or entertain with a story that is a borderline confession about their escapades with woman of a shaky moral compass. We don’t often get down time but when we do it’s hurry up and wait. Sometimes there is nothing to do but bullsh*t until the trucks get here.