This is why Lt. Col. Lee Archer is one of the most famous pilots in history - We Are The Mighty

This is why Lt. Col. Lee Archer is one of the most famous pilots in history 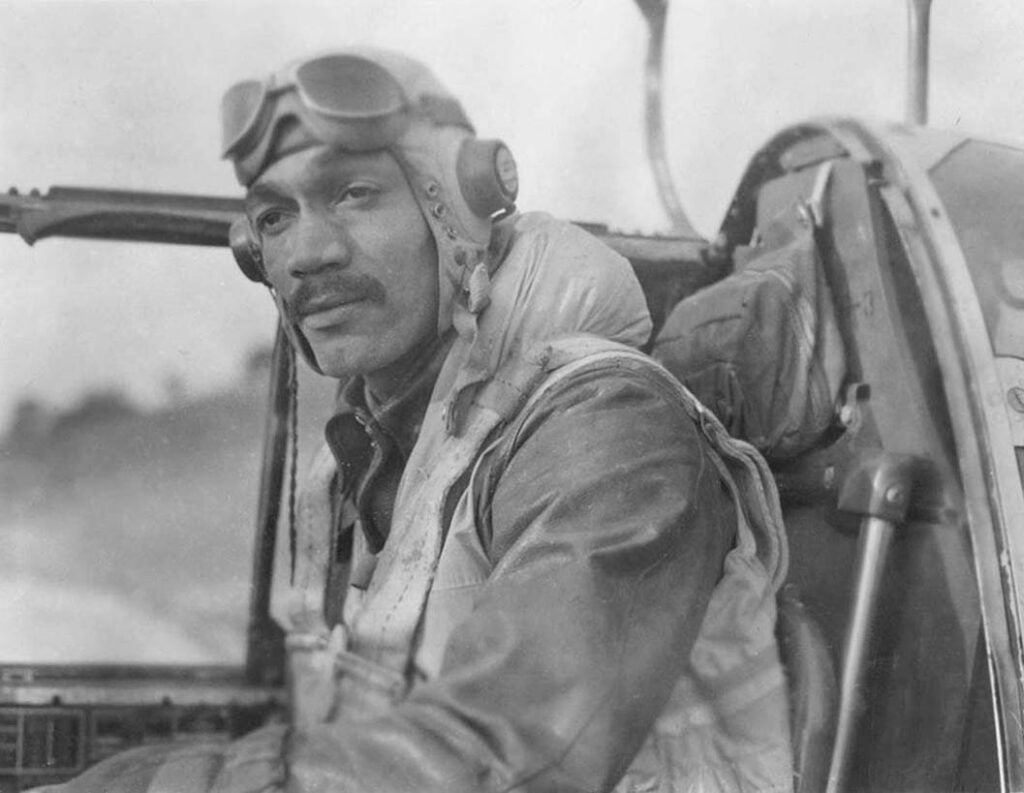 America is a young nation that rapidly evolved from fledgling colonies to a super power on the world stage. The story of America is an opera of altruism and democracy. Sadly, there is also a deep pain behind the music of freedom. The subtle duality of prejudice corrupts the virtues of any good we do. At the height of segregation, the Tuskegee Airmen stood out to prove that the systematic assumptions were false. That African-Americans were not combat ineffective but could blast Nazis out of the skies just as well as any other man. One pilot, Lieutenant Colonel Lee Archer helped pioneered the way for generations to come. Minorities have participated and sacrificed in every war and conflict in the history of the United States. This is the story of one of the most famous pilots in history.

Lt. Col. Archer was born on September 6, 1919, in Yonkers, New York. He left his home town of Harlem in 1941 to attend New York University. As an alumnus of NYU, he commissioned as an officer in the Army after majoring in international relations. Due to the segregationist government policies and prejudice, his application to join the Army Air Corps was rejected based on his African-American heritage.

A change in policy the following year forced the Army Air Corps to build up what would later become the Tuskegee Airmen. Based on a 1925 document titled ‘The Negro Man Power in War’ written by Commandant Major General H.F. Fly, states that minorities are of ‘inferior mentality,’ and ‘is inherently weak in character’. The racist 33 page document offers heavily biased claims from various General officers that the minorities are unfit for combat operations, especially officers of color. However, the document does offer a challenge that would later be used to defeat segregation in the military:

The negro, particularly the officer, failed in the World War. The door will not be closed against him on this account. He will be given an opportunity to take part in war in accordance with his qualifications in exactly the same field of activity as are allotted to the white man. He will be accepted for service by the identical standards applied to the white man. While in service he will be measured by the standards applied to the white man. This includes, reclassification, elimination, and rewards of promotion and decoration. He will be given a sound plan of organization, training, and leadership. He will be given tasks he may reasonably be expected to perform. If he makes good he will have the opportunity eventually to fight in the war with all-negro organizations. If he fails to qualify to fight as a race he will be limited to such tasks as he can perform under white leadership. What he accomplishes in War will depend upon the negro.

War college, Memorandum for the Chief of Staff, Employment of negro man power in war, Not a part of the plan prefix, Section IV, Paragraph 5, HBC/hjb November 10,1925

In January 1941, the War Department formed the 99th Pursuit Squadron of the Army Air Corps. For the first time an all-black squadron took off from the air fields of Tuskegee, Alabama.

Many of the assumptions based on race in the 1925 document also shaped the way segregated units would be structured. Essentially, minorities had to serve under a white officer even if there was an equally qualified black officer unless there was no other other choice. Even then, they had to be ‘carefully chosen’ as well. Whatever that means. Lt. Col. Archer had to fight against not only racism on an individual level but on a systematic level up the chain of command to the highest levels of the military.

The Tuskegee Airmen did not falter. They did not shy away and escape into the night. They decided to prove everyone wrong. They decided to fight. United under their battle cry ‘Lt. Col Archer became the Cadet Captain and graduated with honors. He finished as the top pilot in his class when he earned his commission. Immediately he was sent to Italy destined to become one of the greatest fighter plane pilots of all time.

Fun fact: He dedicated his P-51 ‘Ina the Macon Belle’ after his wife. Additionally, as a recipient of the Legion of Honour bestowed upon him by the Ordre national de la Légion d’honneur would distinguish him as a Chevalier, an official knighthood. So, technically that would make him a knight in shining armor, fighting for his lady’s love.

Lt. Col. Archer also partnered with Lucas Arts to be a subject matter expert in the 2012 film Red Tails. He has participated in numerous documentaries and interviews detailing his experiences in World War II. He was also one of the experts in the Lucas Arts documentary titled ‘Double Victory: The Tuskegee Airmen at War’. You can view the full-length 90 minute documentary directly from their Youtube page.