Aces High: Over the Volga with Lydia Litvyak - We Are The Mighty

Aces High: Over the Volga with Lydia Litvyak 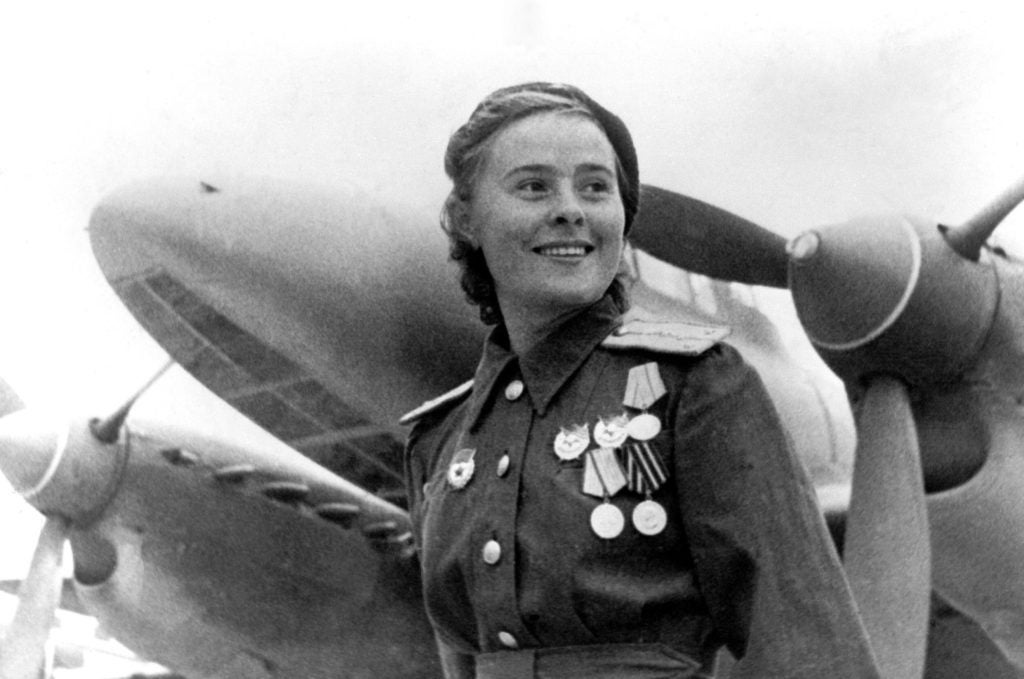 In all of history, women have played a pivotal role in military campaigns. From the Israelites’ Deborah, to female machine gunners in the 1948-49 War of Independence, to the vicious defense of Stalingrad, women have shown a willingness to sacrifice themselves for country.

It is always extraordinary to note the strange turns history takes during times of extreme stress. The Nazi invasion of Russia in 1941 was such a time. Racing to reach the oil fields of the Caucuses, Hitler’s war machine came within mere yards of capturing Stalingrad.

On the banks of the Volga River, Stalingrad actually wasn’t a necessary gain for Germany, but as was often the case, Hitler’s feverish mind locked-onto this particular objective. Of course, Stalin himself was just as determined that his namesake city would not fall to the Austrian corporal; this after their much-ballyhooed non-aggression pact of 1939. Most observers knew one of the dictators would break the pledge and Hitler beat the Kremlin to the punch.

Poorly armed and without proper winter clothing, the Wehrmacht bogged-down within site of the river. The undoing of Hitler’s plan was the gruesome house-to-house fighting in the ruins of Stalingrad. Men, women and children joined in the fight for their homes and extracted a bloody toll on the Germans.

(In the end, 100,000 German soldiers would be taken captive to Russia. Years later, only 5,000 would see their homeland again.)

Initially knocked off their feet, the Russians had two things Hitler did not: a seemingly unending supply of men to throw into the fire, and a growing armaments infrastructure that took advantage of Russia’s vast resources. Stalin was able to throw a million-man haymaker at the Nazis and the Aryan giant would slam into the mat, face-first.

Into this maelstrom came the women. In particular, one woman came to exemplify the radical, fanatical fire of females that sacrificed themselves to turn back the invaders.

Enter Lydia Litvyak, a fair-haired girl from Moscow. Born in the early days of the Soviet Union, her father eventually “disappeared” during the Great Purge.

Lydia became interested in flying at 14; although there isn’t evidence she idolized experienced fliers, this did occur in the era of courageous women pilots like Amelia Earhart.

After the German invasion of Russia in the summer of 1941, Lydia inflated the numbers of her flying experience and was able to join a fighter aviation regiment. A year later she was flying combat missions over the Volga River; one regimental commander that knew her described Lydia as a “born fighter pilot.”

After a series of kills, which brought to her the recognition as an ace, Lydia used her aggressive nature to escort a group of ground-fighting planes near Orel. On August 1, 1943, another Soviet pilot recounted that the last time he saw Lydia, she was disappearing into the clouds with as many as eight Bf 109s in pursuit.

It would not be until 1979 that Lydia Litvyak’s remains were found near the village of Dmitrievka. A decade later, Mikhail Gorbachev posthumously awarded her the title, “Hero of the Soviet Union.”

This young girl, who would not be known to history had it not been for her passion for flying and her unorthodox and fearless flying technique, was Jewish. This no doubt drove her in the skies as she shot down one Nazi aircraft after another. Remember, the Nazi killing machine known as the Einsatzgruppen roamed western Russia and Ukraine in advance of the invasion in 1941, and the primary task of this paramilitary SS unit was to murder Jewish men, women and children. This campaign of terror would boomerang on the Nazis, as Russian fighters like Lydia Litvyak took out their fury on the invaders.

In one of his trademark blunders, Hitler, who considered the Russians subhuman, thought the invasion would be relatively short and victory would come quickly. It proved of course to be his Waterloo.

A couple weeks before her demise, Lydia was made squadron leader. Of the 800,000 women that volunteered for the war effort (they served in front-line combat, and many were snipers), a quarter of them served in the air force. Total devotion to the Motherland was ubiquitous in the Soviet Army, which made Lydia Litvyak all the more unique. When she had entered military service, she was a rare non-conformist. Rather than have her hair cut short like everyone else, Lydia used peroxide to, in effect, turn herself into Jean Harlow. She also enhanced her drab uniform with a fur collar!

This was a woman the Germans would underestimate, to their peril.

One can imagine, upon hearing of Lydia’s death, that Hitler and Luftwaffe chief Herman Goering breathed a sigh of relief.

But she was a major reason they would never again threaten her homeland.