This Marine survived the Bataan Death March, a ship sinking and a nuclear bomb - We Are The Mighty

This Marine survived the Bataan Death March, a ship sinking and a nuclear bomb 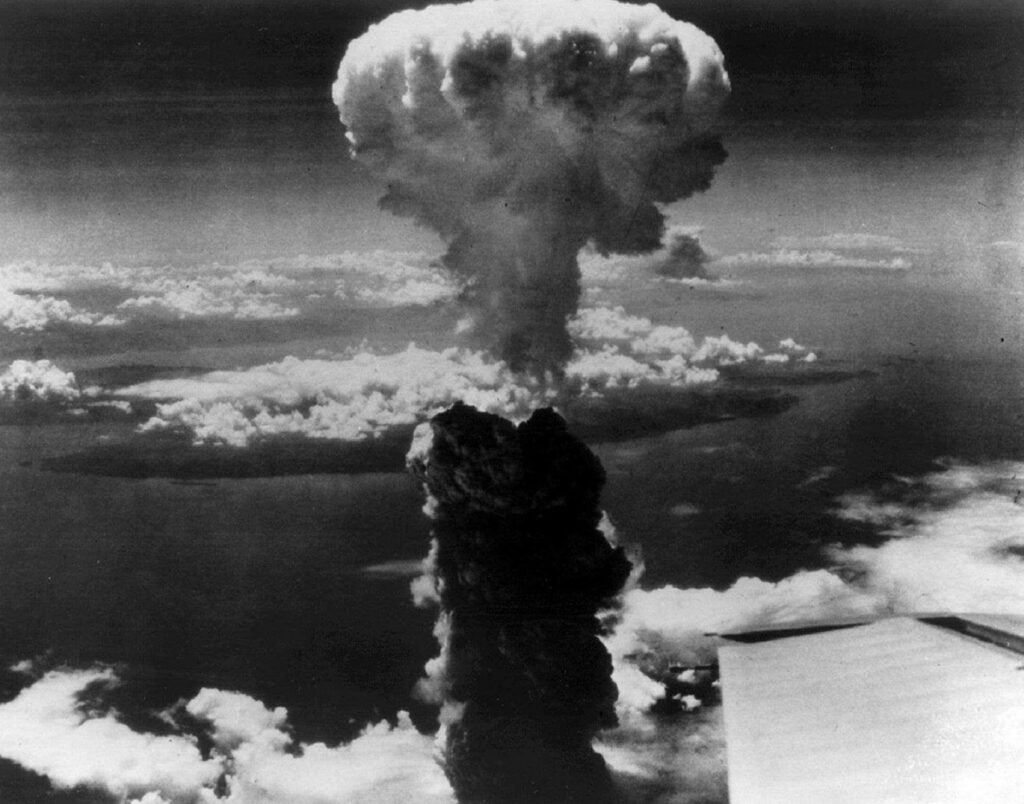 Veterans usually have a few good war stories to tell after their time in the service. Depending on how long they were in, they may have quite a collection by the time they hang up the uniform. In the case of Marine Sgt. Maj. Kenneth Verne Rice, his entire career was one crazy war story.

Rice graduated high school in January 1939 and joined the Marine Corps later that April. After boot camp, he was stationed in the Philippines. Following Japan’s attacks against the islands, Rice took part in the fight against the invasion. In early 1942, he was assigned to Headquarters Company, Second Battalion, Fourth Marines and earned the Silver Star for gallantry in action. The plane that Rice was aboard was shot down over the Philippines and he was captured.

Along with other American and Filipino prisoners, Rice was forced to endure the horrors of the Bataan Death March. After surviving the forced march, he was held in prison camps in the Philippines before being transferred to Japan. However, on the way, the prisoner ship that Rice was aboard was torpedoed and sunk. He survived and was eventually brought to a prison camp in Nagasaki.

While held in the Japanese POW camp, Rice and other prisoners were forced to work in a nearby coal mine. Interestingly, this punitive labor ended up saving Rice’s life. On August 9, 1945, an atomic bomb was dropped on Nagasaki. Working in the coal mine, Rice and other POWs were shielded from the blast. Prisoners in the camp were far enough from the bomb to witness and survive it.

After the war, Rice remained in the Marine Corps. In 1951, he went to Korea where he served as a forward air observer on the frontlines. Rice served honorably on and off the battlefield and rose to the rank of Sergeant Major. He retired from the Marine Corps in 1960, but went on to serve 22 years in the Saginaw County Sheriff’s Department in Michigan. After decades of service to his country and his community, Rice passed away on November 12, 2019.