Today in military history: Atom bomb successfully tested - We Are The Mighty 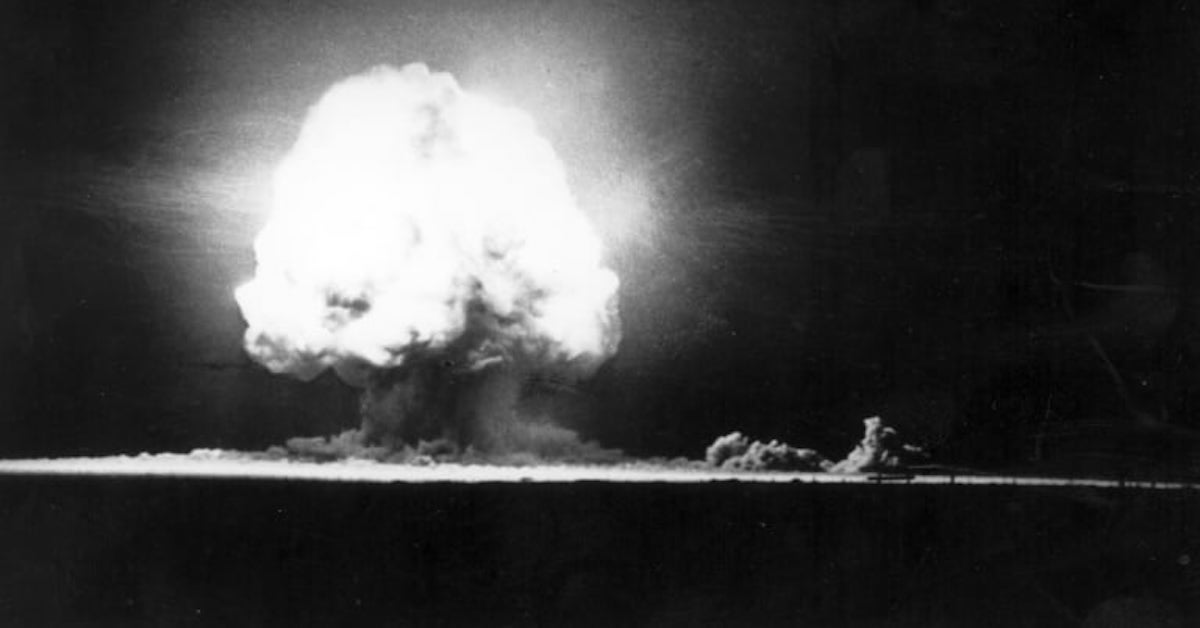 On July 16, 1945, the atom bomb was successfully tested by the United States.

During World War II, the Manhattan Project was created to continue the efforts to develop a uranium bomb. Albert Einstein himself wrote to President Franklin Roosevelt to chime in theories about the potential of such a weapon.

In 1943, Robert J. Oppenheimer, director of Project Y at a lab in New Mexico, and his team made significant progress in the development of harnessing a nuclear explosion and the creation of a deliverable bomb.

The next step was to put their theories to the test.

From about five and a half miles away, the scientists watched as “Trinity” –  the first atomic bomb – was detonated in the New Mexico desert. Years later, Oppenheimer recalled an expression from a Hindu holy book that came to his mind after the test quote:

“Now I am become Death, the Destroyer of Worlds.”

Less than a month later, similar devices would be dropped on the cities of Hiroshima and Nagasaki in Japan, killing at least 129,000 people, and finally — and violently — ending the second World War.