Continental Army disbanded in 1783 - We Are The Mighty 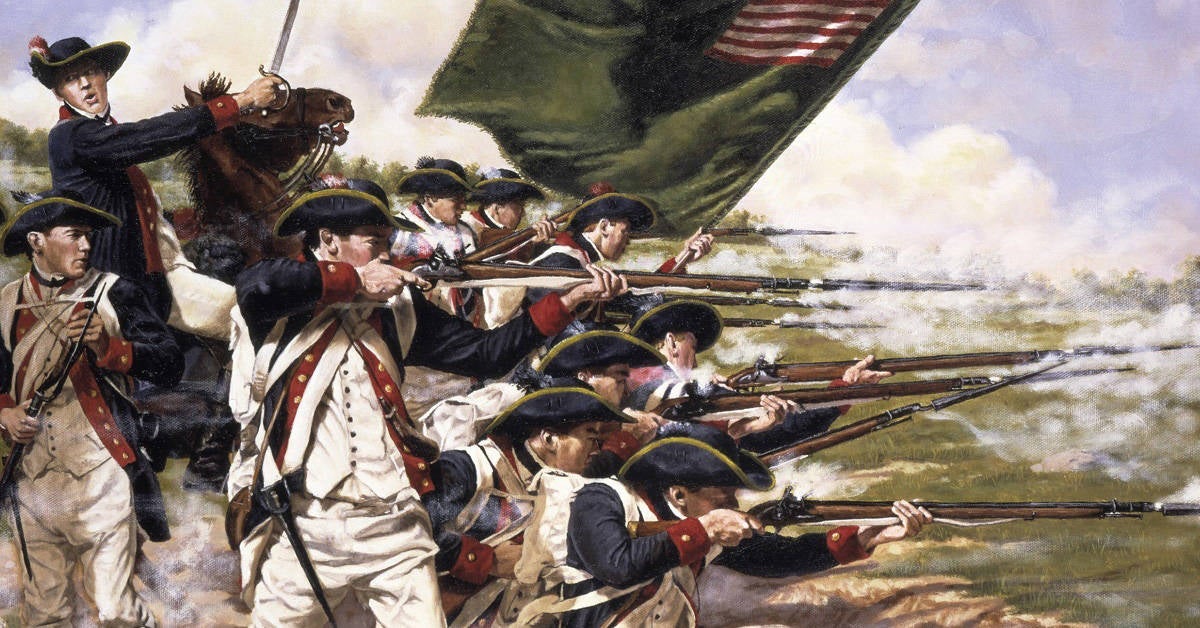 On Nov. 3, 1783, the young United States disbanded the Continental Army.

When the Revolutionary War broke out, the colonists relied on militias, which rallied part-time troops from the local populations.

After small battles between continental militias and British troops through early 1775, Patriot leaders sought a way to bring the different colonial militias under a combined command. And so, on June 14, 1775, the Continental Congress approved a request to take over the militia then occupying ground near Boston and to form other militias into a national force. That year, the Second Continental Congress established a resolution to coordinate the military efforts of the thirteen colonies, forming the Continental Army.

George Washington served as the Commander-in-Chief of the Continental Army throughout the war for independence, which would help him gain the popularity and respect that would win him the country’s first presidential election.

After the British defeat at Yorktown in 1781, the Revolutionary War started to die down and peace talks began between Great Britain and America. The attention of the Continental Army shifted from battle to pay. Many soldiers fought without pay, but were promised backpay by Congress after the war. However, with the dissolution of the Army on the horizon and no news of financial restitution in sight, many began to question the promise they were made.

In 1780, Congress promised Continental Army officers a lifetime pension of half of their pay following their discharge. However, in 1782, the pay was stopped as a cost-saving measure and promised as future backpay. These issues of owed money became a common topic in the Continental Army’s main camp at Newburgh, New York. The camp sat on the Hudson River north of New York City where British activity could be monitored as the war wound down.

As tension rose, George Washington himself stepped in, summoning the respect of the troops. Congress negotiated new payment terms — five years full pay rather than the lifetime pension promised, which sounds about right…

After the Treaty of Paris, the Continental Army was disbanded but would be replaced by the United States Army in 1796. Since that time, U.S. soldiers have defended America and its interests through the Revolutionary and Civil Wars, two world wars, Korea and Vietnam, and most recently through the conflicts in Iraq, Afghanistan, and Syria.